The ‘Loki’ trailer is full of familiar faces and multiverse madness. Some Marvel fans are convinced that, despite her fate in ‘Endgame,’ Black Widow makes an appearance, too.

Some Marvel fans are losing their minds after seeing a glimpse of a woman in the new Loki trailer who looks an awful lot like Black Widow. Blink and you’ll miss it, but the two-second shot shows a woman wearing a black tactical suit and a red bob, sitting on a purple-tinged planet that appears similar to Vormir — the planet where Natasha Romanoff sacrificed herself in 2019’s Avengers: Endgame to obtain the Soul Stone. See it at the 2:02 minute mark in the video above.

But is it really her? After the Black Widow standalone movie, Scarlett Johansson is apparently done with the MCU. The actress, who first played the super spy in 2010’s Iron Man 2, is reportedly “handing the baton” to Black Widow co-star Florence Pugh, according to director Cate Shortland. Black Widow was supposed to premiere in May 2020, but was pushed to 2021 due to the pandemic. 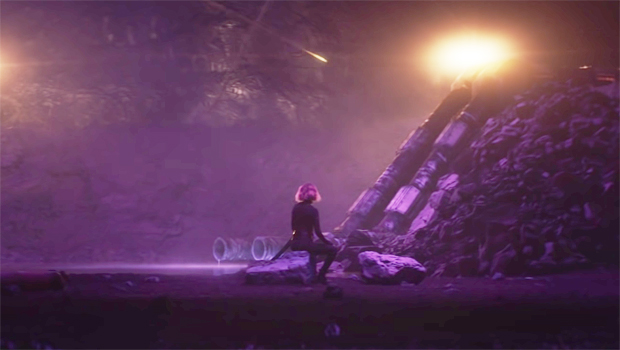 Still, fans are convinced that it’s really Natasha after seeing the new spot for the upcoming Disney+ series! “THAT’S F**KING NATASHA ROMANOFF IN THE LOKI TRAILER IT LOOKS LIKE SHE’S ON VORMIR BUT THE HAIR MAKES ME THINK IT’S AOU NAT- ANYWAYS LEMME GO CRY IN A CORNER,” one fan tweeted, pointing out that the shadowy figure had Natasha’s haircut from 2015’s Avengers: Age of Ultron — not Endgame.

Interesting! One fan pleaded with Marvel: “Don’t do that. Don’t give us hope.” Other fans have pointed out that it may not be Scarlett at all, but instead Sophia Di Martino. Sophia was spotted on the set of Loki recently with a bob haircut, much like the woman shown in the trailer. Which character she’s playing hasn’t been announced, but fans have long suspected it’s Lady Loki — the female version of the Asgardian god of mischief. Considering this phase of the MCU is all about the multiverse, anything is possible. 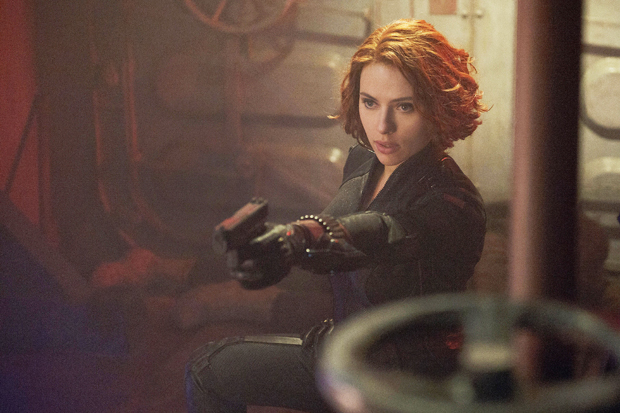 The trailer begins with the scene from Endgame, in which the Loki from The Avengers escapes with the Tesseract. His freedom is short-lived though, as he ends up captured by the Time Variance Authority (TVA). In the comics, the TVA is an organization that governs different realities, and it seems like they’re recruiting Loki to wreak havoc in a few of them. As Owen Wilson says in the Loki trailer, “time passes differently here in the TVA.” Which could explain why we also see a man crawling through a war zone in what looks like Captain America’s suit.

We could be seeing a timeline with Lady Loki, or a mixed up world in which an alternate Natasha visits Vormir. The possibilities are endless. Perhaps it’s not Vormir at all. The catastrophic atmosphere does somewhat resemble the nightmare Scarlet Witch once forced upon Tony Stark in Ultron, in which he envisioned all of his friends dead. Loki premieres on Disney+ in May 2021.