Meet Leo! Jana Kramer Jokes She Has a 'New Man in My Life' — Her Puppy

New man alert? Nearly four months after Jana Kramer and Ian Schinelli called it quits on their whirlwind romance, the country singer has seemingly found a connection that she cannot wait to show off.

Everything Jana Kramer Has Said About Healing and Heartbreak

“OK, you guys want to meet the new man in my life?” the One Tree Hill alum, 38, asked her TikTok followers in a Friday, July 15, video before revealing her new canine companion to the camera. “Leo, you’re home baby.”

Kramer — who captioned her video “New man alert” — further documented the cavapoo’s first night home via Instagram after he met her daughter Jolie, 6, and her son Jace, 3.

“Family of 4 now 🐾. We love you Leo,” the “I Got the Boy” performer — who shares her two kids with ex-husband Mike Caussin — captioned Instagram photos of the trio and their new pooch.

Hours earlier, Kramer teased that she had just arrived home in Nashville from a trip and was “so excited” to hug her babies and introduce them to someone special.

“Look who’s home,” the Michigan native gushed in a Friday Instagram Story clip, showing the moment Jolie and Jace laid eyes on their new pup before they immediately ran up to snuggle him. “It’s Leo!”

After her little ones ran around with the new pooch, Kramer got in some precious cuddle time with Leo. “Hi Leo, you’re such a good boy,” she whispered in a second Story clip, giving him kisses. “I’m obsessed. Are you the new man in my life? I love you.”

The Soccer Mom Madam actress’ jokes about her new man come several months after she confirmed her split from Schinelli, 36, in April.

Celebrities With Their Pets

“When I truly love myself, I will never settle for things ever again,” Kramer said during a May appearance on the “It Sure Is A Beautiful Day” podcast, noting she was “emotionally exhausted” after their breakup. “I give a lot of grace for people, and I understand people make mistakes. But there’s certain boundaries that I’ve just done such a bad job of sticking to.” 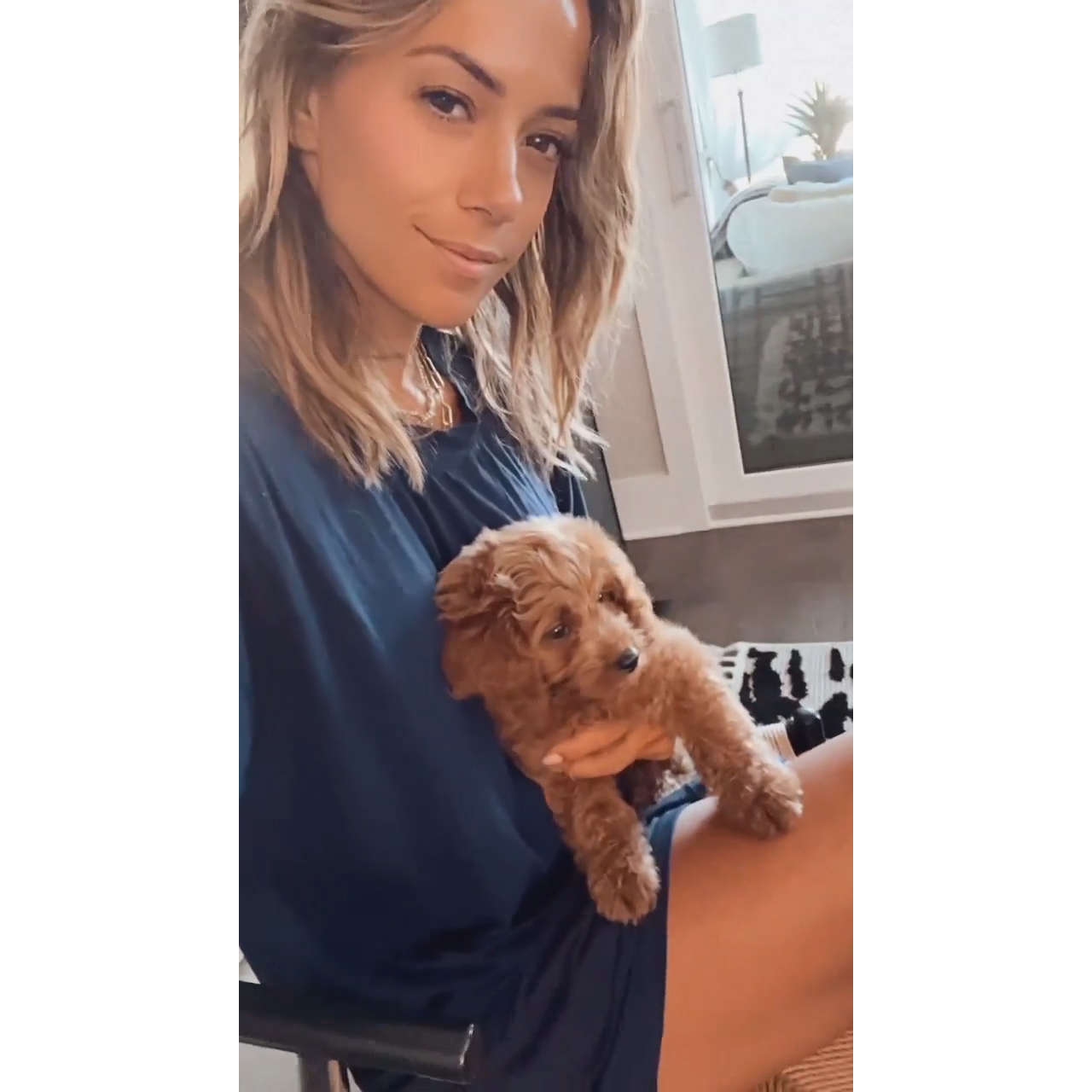 The “Story” singer — who was previously married to the 35-year-old former football player between 2015 and 2021 — further opened up to podcast host Catt Sadler that she wants to find love again so long as she “[loves] myself” first.

“I disrespect myself in the process of staying in something that I know that’s not what I want out of someone. I don’t want to be with someone that just lied to me,” the Lifetime actress, who debuted her romance with Schinelli in December 2021, said at the time. “Like, that’s not the kind of relationship I want because then all my past triggers come out and I become someone I’m not. That’s something that I have to realize too.”