Meet the Australian who worked on Justin Bieber’s forthcoming album

Chris O'Ryan has worked as a sound engineer for some of the biggest names in the music business for almost two decades: David Guetta, Mariah Carey and Ariana Grande.

This year the Australian will celebrate yet another milestone. Next month Canadian pop star Justin Bieber will release his fifth studio album Changes. O'Ryan, known professionally as "Tek",  was in charge of the album's vocals (he has worked on all but a handful of songs from Bieber's back catalogue). 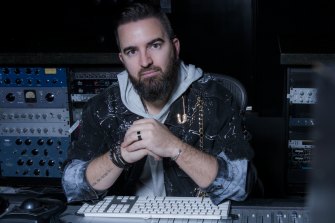 As the album's title suggests, Changes is widely expected to usher-in a new musical era for Bieber. Earlier this month the 25-year-old singer-songwriter dropped the album's lead single, Yummy, which leans more heavily on R&B influences in comparison to previous work.

O'Ryan said he witnessed firsthand how Bieber worked himself "to exhaustion" over the new album. Changes is the Bieber's first studio album since 2015's Purpose, which included hits such as What Do You Mean?, Sorry and Where Are U Now?.

"He's been working super hard in the studio," O'Ryan said. "There were songs we recut three or four times [for this new album] even though the first cut was amazing. I've never done that with an artist. You want to move on and forget about it. So that was really cool. Sometimes we'd loop around a verse or phrase for about 40 minutes.

"So that's one thing you'll notice on the album. There's not a lot of tricks and effects. What stands out is the quality of his vocals because we took so much time to get it right."

O'Ryan said while he isn't privy to which songs made the final cut, he does know a number of the songs will be relevant to recent events in Bieber's personal life. In September 2018 the pop star married Hailey Baldwin and last year he announced he was taking a break from music to address "deep-rooted issues".

"There's just some beautiful songs that are incredibly written," O'Ryan said. "They're amazing to listen to without worrying about what they're going to do commercially."

Changes is scheduled for release on Friday, February 14.