Meghan King: Mike Johnson Said We Should Be 'Friends’ After Asking Me Out 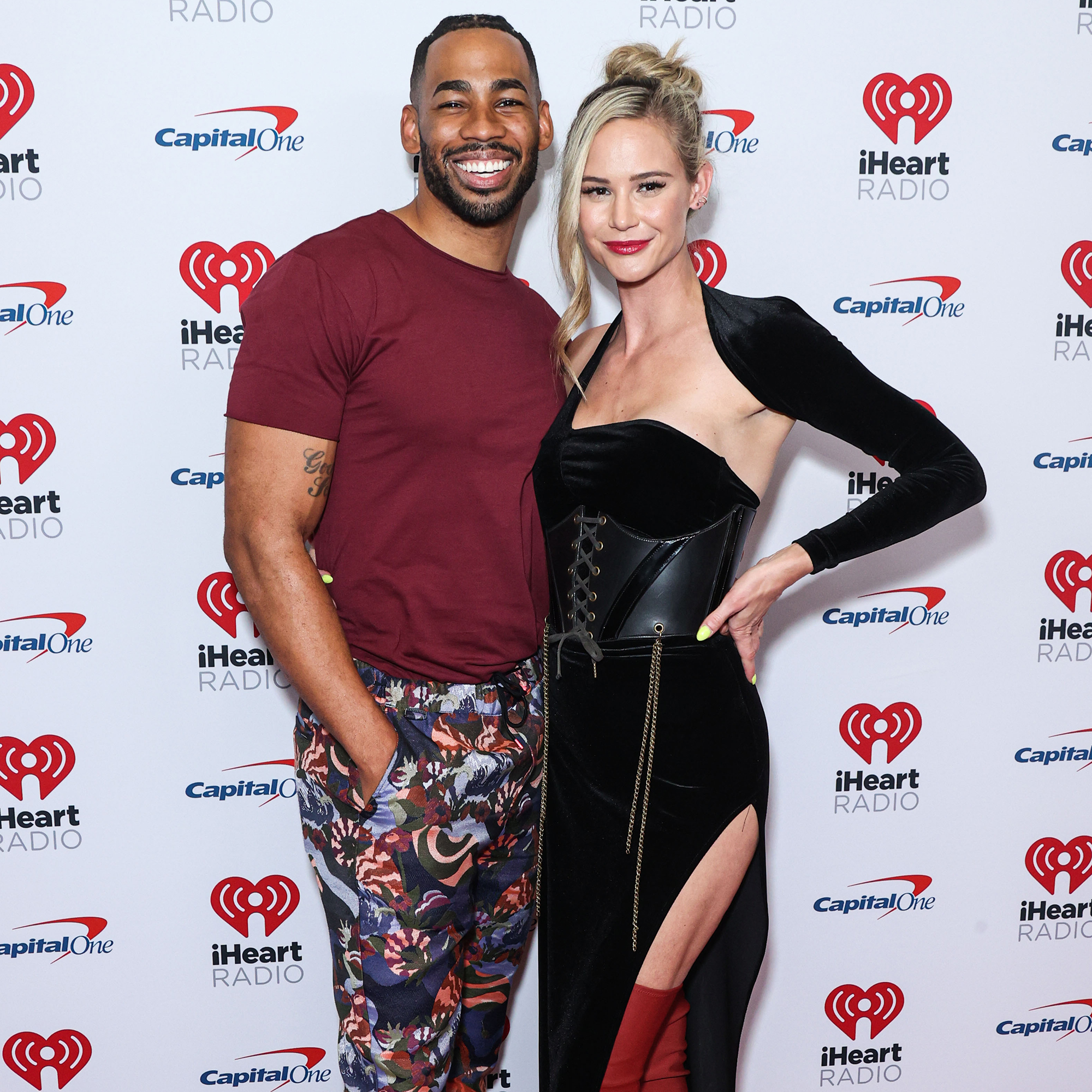 Mixed messages? Meghan King opened up about where she stands with The Bachelor‘s Mike Johnson after their blind date.

Shortly after the pair enjoyed a night at a Las Vegas strip club in September, King, 38, revealed that she wasn’t ruling out a potential relationship.

“I don’t know if he is looking for that. I mean, he was on The Bachelor and that’s the whole premise of the show,” she exclusively told Us Weekly after the night out took fans by surprise. “So I would assume he is, but I can’t put words in his mouth.”

The Real Housewives of Orange County alum noted that she was looking forward to getting to know Johnson, 34, more. “He’s definitely on a path to finding love. As am I,” she added. “It doesn’t seem like he’s playing around so I respect that immensely.”

Since then, however, the dynamic seemingly shifted. After their trip to Vegas, the Missouri native reached out to the former ABC personality to discuss her feelings.

“It was a blind date, but then it turned into a real date. So, then I get back to Saint Louis and I feel bad so I FaceTime him,” she recalled during the Tuesday, October 4, episode of her “Intimate Knowledge” podcast. “I’m like, ‘Mike, I just wanted to tell you that I really enjoyed my weekend with you. I feel like it did start as this blind date, but I do have an honest connection with you and I am sorry if you ever felt emasculated. I have to reach out to tell you what I felt was real.’”

She continued: “He was like, ‘I didn’t expect that.’ He was lying in bed and kissing the phone. Then he was like, ‘OK, I have some thoughts on this.’”

According to the Bravo personality, the twosome weren’t able to connect due to their busy schedules.

“He literally asked me to be his girlfriend the last night [in Vegas],” she claimed, before reading a recent text she received from Johnson. “‘I keep having back to backs today. Sorry my mom called while we were talking but I wanted to mention I see us as strictly friends and wanted to say that before I forgot to mention. Running into my next in a minute. Hope your day is good though.’”

During the podcast, King admitted that there were no hard feelings between her and the Making the Love You Want author, saying, “I felt bad, like I was using him. Because I was. And he was fine and everyone is fine. So, I need to get over it.”

The podcast host’s update on her dating life comes after she weighed in on ex-husband Jim Edmonds‘ whirlwind wedding to Kortnie O’Connor.

“He’s spending massive, whopping, inconceivable amounts of money on his bride. Like, I am all for it, whatever it takes. Keep her around,” King, who was married to Edmonds, 52, from 2014 to 2019, shared with Us following the couple’s nuptials last month. “Take her on lavish trips, buy her a Ferrari and Chanel [purses] and private jets. Do anything you can to keep this woman because I don’t know what would happen if she was gone. Like, he would fall apart.”

The reality star, who shares daughter Aspen, 5, and twins Hart and Hayes, 4, with the former athlete, also praised the “stability” the marriage would provide her children.

“[Kortnie] is who my children have known for the last three years. And that stability is really important. I haven’t been able to give them that stability and a partner, which is a huge piece of mom guilt for me,” she explained. “But at least Jim — with his mountain of faults — is able to provide that. I’m gonna give him props where props are due.”

King, for her part, moved on with Cuffe Owens after her split from Edmonds. After three weeks of dating, the couple exchanged vows in October 2021. They called it quits later that year.