Meghan Markle’s maternity leave set to begin in May

Prince Philip, Meghan Markle were both treated like ‘outsiders’ by royal family

Meghan Markle will go on maternity leave at the end of May, Page Six is told.

The Duchess of Sussex, who is expecting a baby girl in early summer, has been planning to take time off following her daughter’s birth, as we revealed.

Markle will be taking leave from her duties at Archewell, her nonprofit with husband Prince Harry, and all other professional endeavors. However, we’re told she always keeps an eye on everything because she’s a “workaholic.”

As a source who knows her told us, she worked right through her last maternity leave with son Archie before giving birth in May of 2019.

She managed to guest edit the British Vogue “Changemakers” edition and finalize the capsule wardrobe for the Smart Works charity, of which she was patron.

“She doesn’t stop,” said one source who knows her.

Markle, 39, has stayed at home in California while Harry, 36, has flown to the UK for his grandfather Prince Philip’s funeral on Saturday.

She had been desperate to support him, but despite making “every effort,” Markle — who spoke of her heartbreak at suffering a miscarriage last summer — was not given medical clearance to make the 12-hour flight.

Harry is now quarantining at their UK home, Frogmore Cottage, on the Queen’s Windsor estate, where he has been reunited with his cousin Princess Eugenie, who is currently living in the property alongside her husband Jack Brooksbank and their newborn son, August. 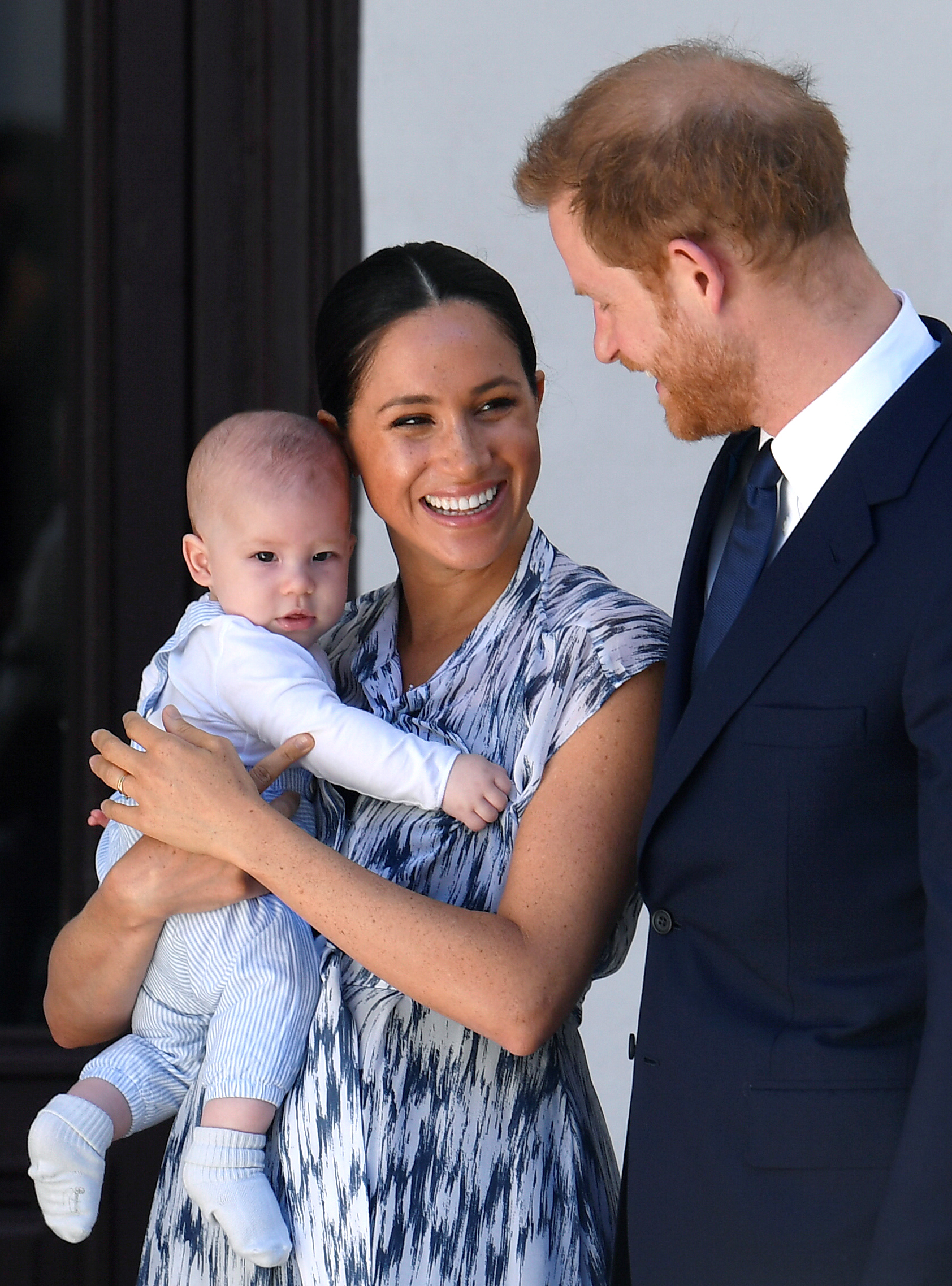 Markle and Harry announced they were having a girl in their bombshell Oprah Winfrey interview last month as Markle displayed a bump on camera. She said she was due in the summer, but did not give the exact timing.

Harry said, however, that this would be it for them. “A girl, you know, what more can you ask for? But now, you know, now we’ve got our family. We’ve got, you know, the four of us and our two dogs, and it’s great.”

As we revealed, Markle is keen to have a home birth at their $14.5 million Montecito mansion after plans to have one with Archie were dashed.

If need be, the couple are close to Cottage Hospital in Santa Barbara, Calif., voted one of the best hospitals in America.

A rep for the Duke and Duchess of Sussex declined to comment.