Making his voice heard. Miranda Kerr reflected on her son’s reaction to her and Orlando Bloom’s 2013 split.

“Flynn was probably almost 2 at the time, maybe not even quite 2, but he had always been very vocal at a young age, and I remember before we even separated, he was like, ‘Daddy, don’t look at Mommy like that,’” the model, 38, said of her now-9-year-old on the Tuesday, August 17, episode of the “Moments With Candace Parker” podcast. “He was always very protective. I was like, ‘That’s probably a sign it’s not the right thing.’”

The Aussie noted that it was “so much more important … for the sake of the child” that she and the actor, 44, ended their three-year marriage. “The child feels that [tension],” she said, calling “two happy parents” who are separated better than “two unhappy parents together.”

Katy Perry and Orlando Bloom: A Timeline of Their Relationship

The Victoria’s Secret model has since gone on to welcome sons Hart, 3, and Myles, 23 months, with husband Evan Spiegel — although she didn’t ever see herself getting married again. 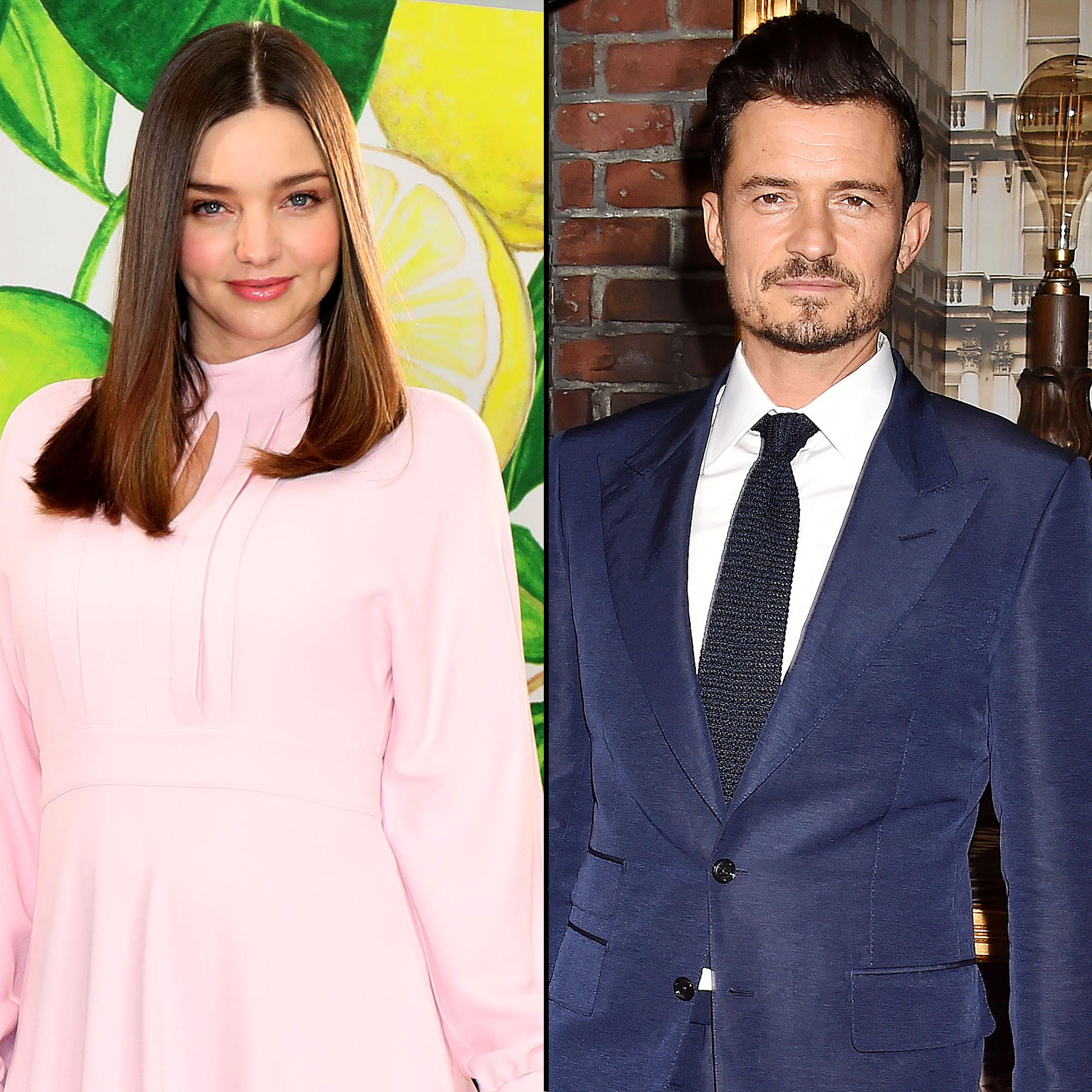 “I didn’t think after I separated from Orlando that I would find another person and have more children,” the Kora Organics creator explained. “I was like, ‘OK. That was good. I’m good now. I’m gonna be a single mom and focus on my child and being the best mom I can be.’”

The “hardest” part of coparenting came when Flynn left for Bloom’s house. She added, “It was super challenging personally, and I know it was challenging for Flynn. He obviously wanted us together.”

Since the Lord of the Rings star will “forever” be in Kerr’s life, she has been extra intentional about maintaining an amicable coparenting relationship. The Treasure Yourself author has even bonded with Bloom’s fiancée, Katy Perry, with whom he shares 11-month-old daughter Daisy.

“It’s important to put your own upset behind you, make peace for your own good and move forward,” the businesswoman said on Tuesday. “At the end of the day, we actually did that in a healthy way. We’re friends now. … Whenever he would try to get into anything else, I’d be like, ‘Hold up. Is this about Flynn?’ We make choices based on that still to this day.”

Bloom has previously spoken positively about his and Kerr’s dynamic, telling Elle U.K. that they have a “remarkable relationship” and work “really well” together.