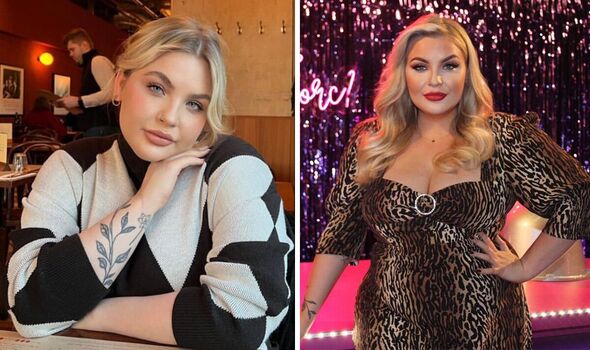 Mared, who lives in London and works as a freelance journalist, told Express.co.uk how relieved she was to hear that her lack of concentration, her atrocious time management skills, her exhausting internal monologue, and her hyperactivity were not “just my personality”, but the symptoms of her ADHD. Following her diagnosis two years ago, she set out to persuade any TV company that would listen to allow her to produce a documentary about the behavioural condition. Earlier this year, ITV and S4C agreed to take on her proposition. Moodswings, Meds, and Mared is available to watch now on BBC iPlayer.

Mared wanted to create a documentary about a condition she believes is constantly misunderstood by the general public.

It’s a condition people associate with “naughty boys” and not adults – specifically not women, she told Express.co.uk.

“I want people to know exactly what it is,” Mared said. “The number of times I’ve told someone I’ve got it and they’ve gone, ‘oh I’m so ADHD at times too’.

“They think it’s a funny quirk. I don’t think people understand the severity of it and how it affects people. They don’t understand how hard it is to live with, especially if you’re undiagnosed and don’t know what it is.

“I wanted the documentary to encourage people to go and get diagnosed themselves – if they think they have ADHD and have been putting it off.”

In the documentary, Mared speaks to Henry Shelford, CEO of ADHD UK, who is the living proof that it is never too late to pursue a diagnosis. He was 47 when he was diagnosed with the condition.

Mared went on to say that people are put off by the amount of time it takes to be referred to a psychiatrist, which is the only way to receive an ADHD diagnosis in the UK. The 26-year-old said she was lucky, as she only had to wait six months.

“Six months is nothing,” she claimed. “I know a girl who is on a waiting list in Wales, and they told her it’ll be six years until she gets a referral – never mind a diagnosis.”

Mared, who is originally from Blaenau Ffestiniog, a former slate mining town in North Wales, continued: “I think Wales is the worst country for it – we did a bunch of FOIs for the documentary, and most of North Wales surgeries just didn’t reply.

“The ones in South Wales said the waiting lists were around three years long, because there are no specialists in the area. They don’t see ADHD as a priority – the only time they’ll really take it seriously is if you’re suicidal.”

However, Mared stressed that in her documentary, she attempts to highlight that there is a huge connection between ADHD and suicide.

Adults with ADHD are five times more likely than those without to have attempted suicide, according to ADHD UK’s research, published in September this year.

Mared went on to say that, before her diagnosis, ADHD not only affected her at school, but at the workplace too. She described her time management as “non-existent” and said she struggled to meet deadlines.

She stressed that she wants workplaces to take the condition more seriously, saying: “So many workplaces say they’re supportive, but they don’t act on it.

“What I want to see is flexibility from employers. Give people with the condition more time and the freedom to do things their own way. You need to listen to them when they ask you to leave them alone. I hate having people breathing down my neck.”

She explained that ADHD is a spectrum, and each individual’s symptoms are different. Mared’s condition is a combination of hyperactive and inattentive ADHD. Receiving a diagnosis changed her life.

Mared continued: “I’ve heard that people who are older are put off going to get a diagnosis because they know they have it, so they think, how is a diagnosis going to help me? I used to think this, but it [the diagnosis] really helped me. It was a relief knowing why I’ve been the way I’ve been my whole life. It was a huge weight off my shoulders.”

The 26-year-old noted that having the condition on paper also meant being protected in a legal sense. For Mared, it was important that she could prove that she had a disability.

“People think ADHD is like anxiety or depression – that something triggers it and that it goes away with time or therapy,” Mared said. “But it’s the same as autism – you’re born with it and you die with it. It’s not a mental health condition. It’s like dyslexia or dyspraxia. That’s something I really want people to know.”

But the peace of mind wasn’t the only benefit of Mared’s diagnosis. It also enabled her to receive medication for her condition, which improved it. Mared explained that her medication, at the beginning, was “very strong, but it definitely worked”.

“I finally knew what it was like to live my life without a constant monologue going on in my head,” she added.

Mared wants her documentary not only to shed light on an insufficiently researched condition, but also to encourage those who think they might have ADHD to go and pursue a diagnosis.

For more information about ADHD, as well as support, visit ADHD UK.