Mum is told by school teachers that she’s packing too MUCH food for her son: ‘Can someone tell me what’s wrong with it if he eats it all?’

A baffled mum-of-two has taken to Facebook to share a snap of her son’s snack box after his kindergarten teachers said she packs too much food.

Mum Jenna, sends her son to kindy with food for his 10 minute mid-morning break and has received ‘gentle reminders’ from teachers to ‘pack snacks and not lunches’.

However, her son eats his food in the time allocated every day so she doesn’t see any problem in what she packs. 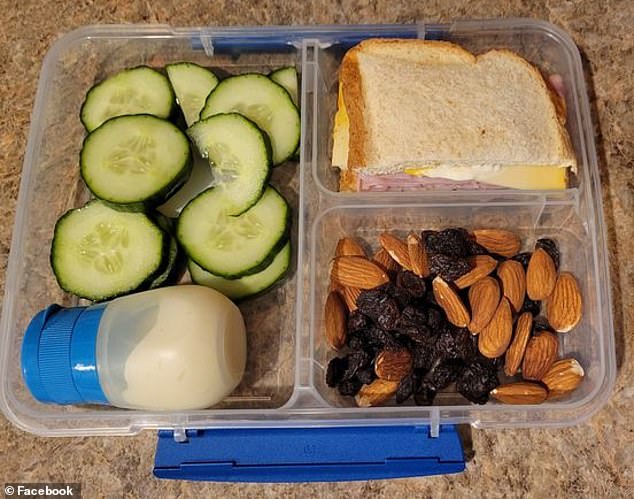 Mum Jenna, sends her son to kindy with food for his 10 minute mid-morning break and has received ‘gentle reminders’ from teachers to pack snacks and not lunches

‘Can someone enlighten me [as to] why teachers think it’s too much for a snack if he eats it all,’ Jenna wrote.

On this particular day she packed her son a ham and cheese sandwich, cucumber slices, yoghurt, sultanas and almonds.

The mum asked Facebook users and fellow parents what they thought about the snack box and if there was indeed to much food packed.

Some parents agreed with the teachers and revealed possible reasons as to why they think the kindergarten may ask for ‘snack food’.

‘I’m thinking he probably takes longer than the other kids to eat. It’s messing up [the teacher’s] schedule,’ a parent wrote.

‘That’s a lunch sized portion of food, not a snack. They have a policy of not taking food away from kids who are still eating so he’s holding up class,’ another wrote. 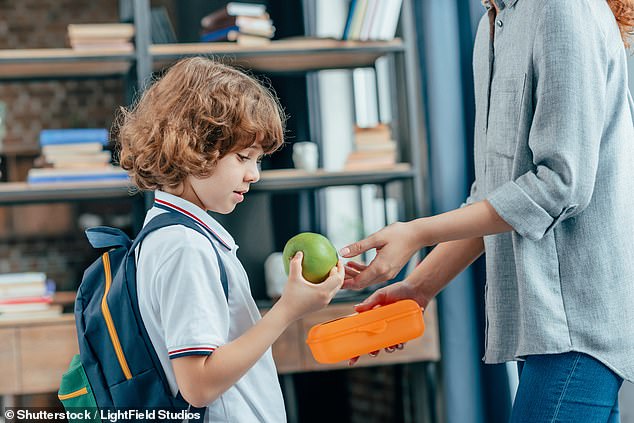 Some parents agreed with the teachers and say that Jenna does pack too much food, although other parents disagree with teachers and have encouraged Jenna to not change a thing

However some parents assured Jenna that the snack box had been packed perfectly and encouraged her not to change a thing.

‘You know your son’s appetite better than anyone. You pack what works for your son. I thinks it’s great,’ a mother wrote.

‘If your child is eating it all, then he needs it. Trust you! Keep rocking it mamma,’ another wrote.