Mum saves £97,000 by building an extra bedroom in house for teenage sons 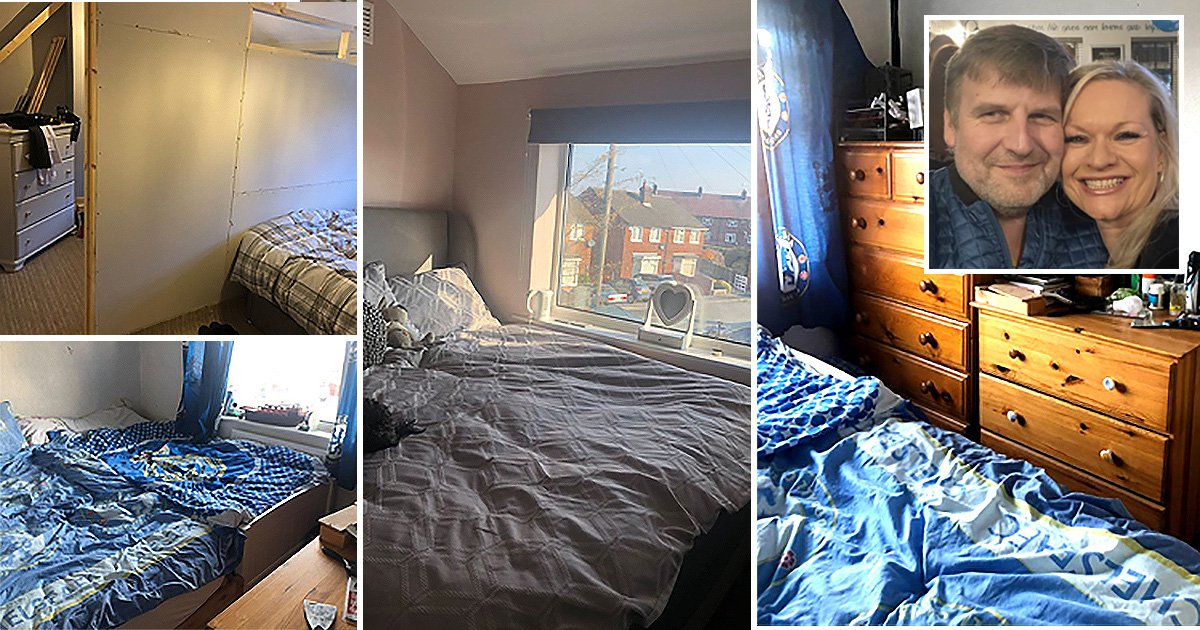 When Emma Green was quoted £100,000 for an extension for her home – she decided to take things into her own hands.

The mum-of-two, from Cheshire, wanted to give her sons – 16-year-old Jake and 13-year-old James – their own separate rooms.

But instead of adding to the house, Emma made use of the space that was already there.

Needing a cheap and fast solution, the 50-year-old decided to get creative and split her master bedroom into two.

Once this room was divided, each of her boys could have one bedroom each – while she could move into their old shared room.

‘My boys are of an age where they needed their own bedrooms – lockdown only emphasised the need for their own space,’ Emma tells Jam Press.

‘My mum was a big DIY-er and I have inherited the passion. I took my sketch to the wood merchants who were incredibly helpful and told me how much and type of wood I needed.’

Impressively, Emma did most of the hard work herself – solely using YouTube and B&Q video tutorials, which explained how to build a stud wall.

She did call on a few tradesmen to help with a few odd jobs, too.

Emma adds that the only disaster was when she cut down a wall with her jigsaw to make a banister and a new landing – without realising there was a cable routed around the previous door frame.

She adds: ‘As the lights were flickering realised I there was a problem, and I sent out a distress call to my electrician cycling friend who was able to save the cable and re-route it under the floor and up the wall.’

The mum-of-two managed to complete the project within six weeks, by working on evenings and weekends.

It’s safe to say the family are thrilled with the results – and have saved £97,000 in the process.

Emma adds: ‘I’ve saved thousands – I was getting eyewatering quotes from builders with limited availability.

‘There are lots of resources out there both online and in-person, so [I’d advise] don’t be afraid to ask for advice.

‘Wood merchants and hardware stores are filled with staff who are super experienced and helpful – they were always taken aback when I said what I was doing, and one laughed until I showed him the before and after pictures.

‘Give it a go, you’d be amazed what you can achieve. However, I would say always seek professional help for skilled jobs such as electrics and plumbing as you could end up with a disaster on your hands.’