A mum said she was unable to heat her house and had to bathe her three-year-old son with baby wipes after her energy provider left her without gas.

Jess, from Bransholme, Hull, first had her gas shut off around nine days ago after her direct debit with SSE Energy – now owned by OVO Energy – was cancelled ‘without notification’ and she then discovered she was hundreds of pounds in debt.

The 20-year-old, who is five months pregnant, claimed she had no access to gas for days at a time and called her provider no fewer than 45 times without resolving the issue.

Other customers have complained of receiving bills of up to £80,000 after the takeover because of data errors that led to drastically overinflated energy projections for certain households. 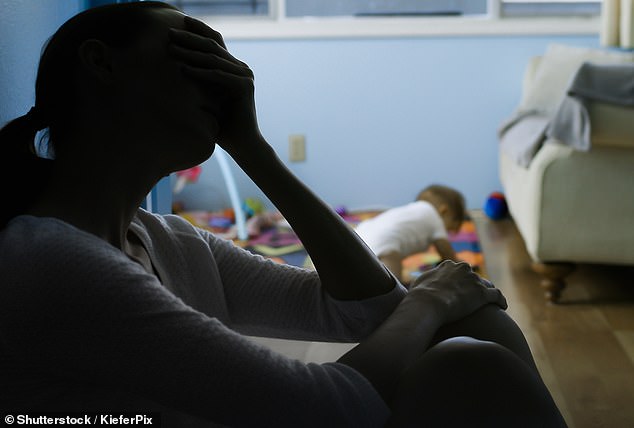 A mother from Bransholme, Hull, said she was unable to heat her house and had to bathe her three-year-old son with baby wipes after her energy provider left her without gas (stock image)

After Hull Live contacted SSE, the company apologised and credited her account.

After discovering the debt, Jess claimed she was asked to pay the lump sum outright.

As a single mum on maternity leave, she said this would be impossible and instead agreed to have a prepayment meter installed at her property, which is one option energy companies can offer to recover debt.

However, she claimed that when she went to add money to the meter, large chunks were immediately taken.

She said that when she topped up the meter by £10, £7 instantly disappeared, and the rest of the money would only last a night. 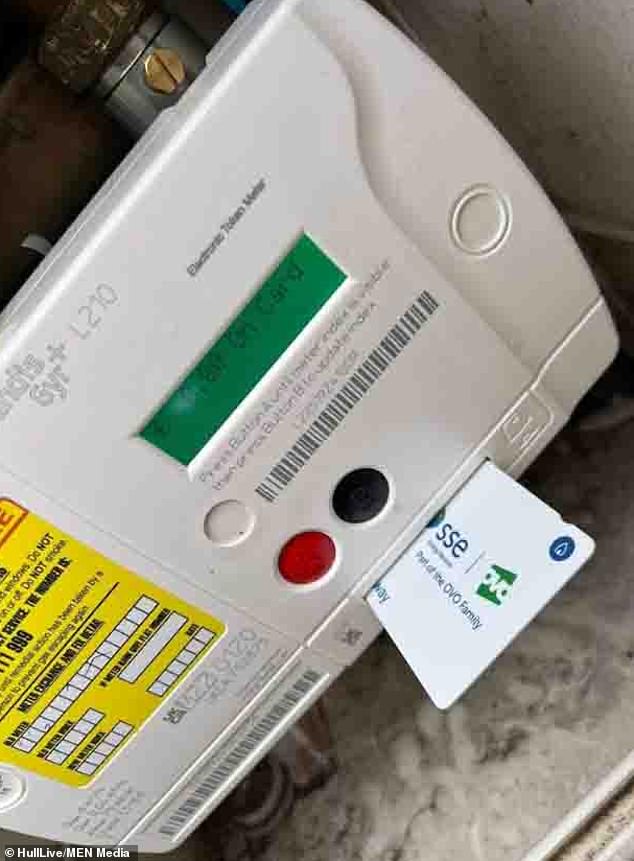 Jess, from Bransholme, Hull, said she was unable to heat her house and had to bath her three-year-old son with baby wipes after her energy provider left her without gas

Jess, who asked us not to publish her surname, said: ‘When I topped up at the beginning of the week, I put on £10 and they took £7 of that, leaving me with £3, which didn’t even last a night.

‘Then they did it again the next day, taking a further £7, so I got in contact with them, as they said the most I could be paying back [of the debt] each week was £4.

‘They told me they would move the debt to the back screen [a method of controlling the amount being repaid] for me until April 2023, as I’m now on maternity.

According to Jess, the customer service team told her they could send her a credit text, in order to put £95 on her meter. 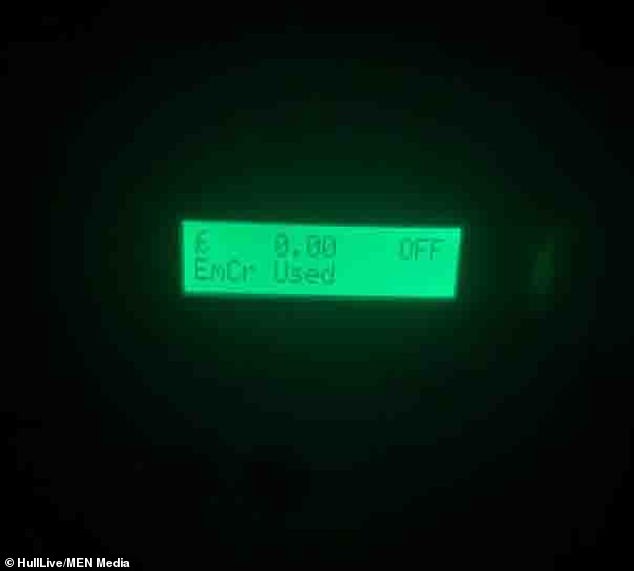 She followed instructions and went to a shop to get the credit activated, but despite waiting hours, she said the credit was never added and she was left with no gas.

She said she repeated this cycle four times, without luck. She was then promised a visit by and engineer but claimed no one arrived.

Jess said: ‘They’ve left me and my son without gas for days in a row. I’m five months pregnant and have a three-year-old child and they have me walking back and forth to shop for something that they’ve not even sent over.

‘It cut off my hot water, so my child is unable to get a bath. It’s cut off my heating, leaving us in a cold house, and it’s also cut off my gas cooker, meaning I’m unable to cook hot food.’

She said the situation had been upsetting for her son as it has disturbed his night time routine.

She said: ‘He likes to have a bath on a night time and go to bed, but he’s been having to get washed down with baby wipes and get in my bed so it’s not too cold for him.’

An engineer eventually visited and added £5 to the meter, but Jess said that lasted only a day. Jess recorded 45 phone calls to SSE before she finally made progress.

After Hull Live put Jess’s claims to SSE Energy/ OVO Energy, an engineer was sent to Jess’s property to wipe the debt from the prepayment meter and give her £20 in emergency credit, as part of a Customer Support Package.

A spokesperson for the energy company said: ‘We’re sorry to [Jess] and have provided advice on next steps and offered support via our Customer Support Package.’

Earlier this month, Hull councillors called for a ban on the installation of prepayment meters because many households were facing economic disaster.

They backed Citizens Advice’s Out of the Cold campaign to end the practice of energy companies forcing households onto prepayment meters to recover debts.