Mum's cat is best mates with her baby: 'He wants to be around her all the time' 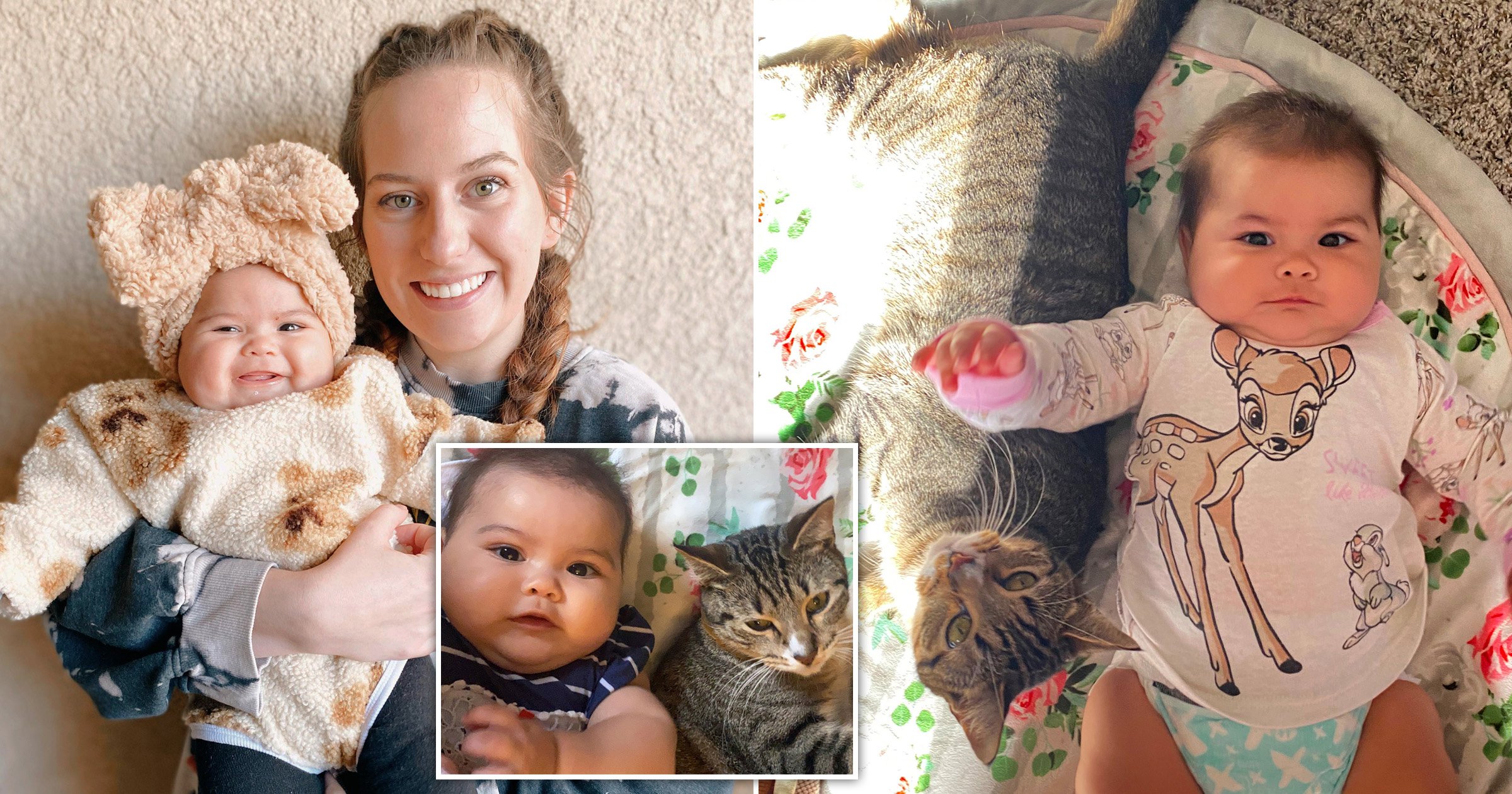 A mum has shared how the cat she rescued when she was 36 weeks pregnant and has become best buds with her baby.

When Kyleigh Campbell rescued the straying Houdini, she was crushed when the timid little guy would constantly hide from and avoid her at all costs – which is how he earned his new name.

The 21-year-old became worried the birth of her baby girl would stress the cat out even more.

But instead, Houdini had the opposite reaction, and now he and the baby are inseparable.

Incredibly, little Ellie, now six months old, was just what Houdini needed to come out of his shell, and he transformed overnight.

Kyleigh, from Texas, USA, said: ‘I’d always had cats growing up and had thought about getting a kitty for a while.

‘My friend got him from the shelter, but she said he was just bad, and she couldn’t get him to warm up at all. So, I said I would take him.

‘When I first bought him home, he hid for three days straight. That is how he got his name.

‘He continued to hide in all sorts of places, and we would have no idea where he was. It was really stressful.

‘When we bought Ellie home after she was born, we waited for him to come out. He jumped up on the couch, gave her a sniff, and then walked away.

‘But his curiosity must have peaked, as he started coming out more and more to see her. When she started being awake more and playing, that’s when he really was out all the time.

‘Now he always wants to be around her. He sleeps underneath her bed. As soon as we get up in the morning, and he hears her, he’ll jump up on the bed and just lay with her while I change her diaper.

‘At nap time he will go and take a nap too, and as soon as he hears that she is up, he will come running. If she’s up, he’s around her.’

Sweet footage of the two best mates has pulled on heartstrings all over the internet, and the stay-at-home-mum hopes it will inspire others to never give up on their rescue animals.

Kyleigh added: ‘It is like he has taken on a bit of dad role. If I’m doing something in another room, and she starts fussing, he’ll come and see her, and she will stop crying.

‘Houdini really loves her so much. He still doesn’t really care for me at all, he just wants her.

‘It’s so amazing to see how he has completely changed. It is incredible to see the difference.

‘He does not seem like the same cat at all. I can’t wait to see them grow up together and be best buddies for life.’