THERE’S A reason online dating has such a poor reputation.

A TikToker showed her followers the downright rude and offensive messages she claimed her Bumble match sent her – but she didn’t take it silently. 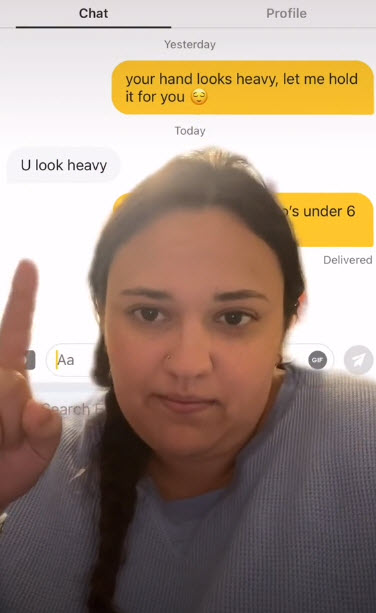 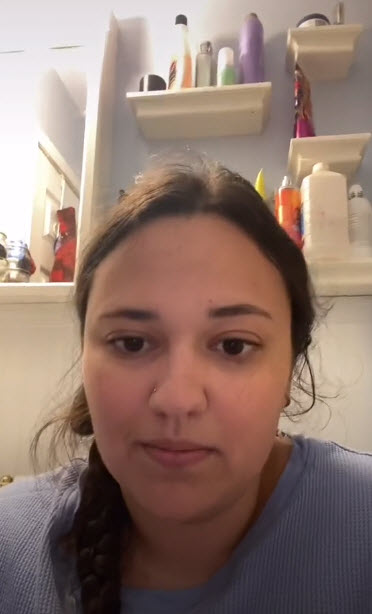 “My opening line for Bumble is always this: ‘Your hand looks heavy, let me hold it,’” the poster, named Sammi, explained at the beginning of her video.

She then revealed that her match immediately replied to her pick-up line with an insult, writing: “You look heavy.”

Sammi said she sometimes gets upsetting messages about her weight on dating applications and usually lets them go, but she decided to do something about it this time around.

She shot back by insulting his height.

“I know someone who’s under six feet didn’t call me fat,” she said.

Unfortunately, this did not deter the rude man, who continued the conversation by asking Sammi if she’s ever eaten a salad, calling her a whale, and calling her a liar because she stated she enjoyed going to the gym in her profile.

Most read in Fabulous

Woman busts boyfriend when she sees photo of his hols – can you spot what’s wrong?

Sammi once again fought back in an attempt to educate the man about his condescending and judgemental ways.

“I know your brain is the size of a pea, so what I’m about to say might be shocking, but skinny doesn’t equal healthy,” she replied.

“So yes, I do work out, but I don’t do it to lose weight because I’m actually comfortable in my skin.”

Sammi admitted in the video that her weight actually has been a strong source of insecurity for her, but she had recently begun feeling comfortable with her body – until this unpleasant conversation happened.

“Now we’re back to square one,” she explained.

The conversation ended with the Bumble match saying losing weight would “make room for three more people” and Sammi asking if he only swiped right to make fun of her.

She concluded her video by saying the man’s actions are despicable and that she’s worried about other people he may be rude to.

“I did report him, but it has happened a few times where like guys just swipe right on fat girls to be mean to them and I think that’s super f**ked up,” she noted.

“As someone who is learning to be comfortable in their skin, it really just like sent me back a lot.

“And I know I shouldn’t let him ruin it, but it is and I’m worried that he’s gonna do it to someone else who is like more vulnerable than me.”

Sammi’s comment section was flooded with messages of sympathy and encouragement.

Bumble has a strict policy against any form of bullying that says "hate speech, slurs, racism, misogyny, or bullying” will get an account removed “immediately.”

There has been no update about whether or not this man’s account was removed, but The Sun has reached out for a comment regarding the matter.

Unfortunately, Sammi is not the only person who has received humiliating messages from a possible love interest.

Another TikToker previously shared her date called her the c-word in a text that was meant for his friend.

She texted the guy back to cancel the date. 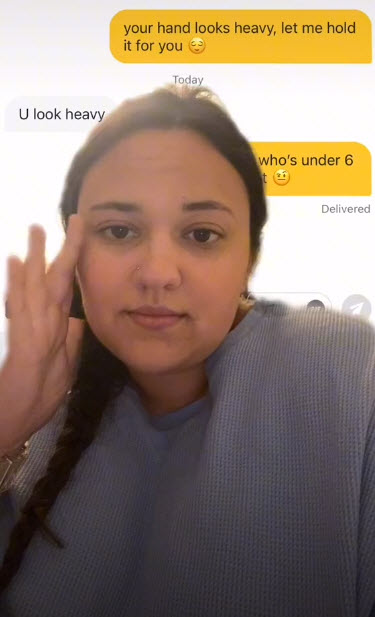