The U.S. Navy said one of its aircraft crashed Monday afternoon on Virginia’s Eastern Shore, but the two pilots and two crew members onboard were able to parachute to safety, CBS affiliate WBOC-TV reports. The E-2C Hawkeye went down in the vicinity of Wallops Island about 3:50 p.m. Monday during a training flight, Cmdr. Jennifer Cragg, a public affairs officer with Naval Air Force Atlantic, said in a statement.

The plane is barely recognizable in aerial images of the wreckage taken by WBOC. “You can’t even tell it’s an airplane at this time,” a Virginia State Police officer can be heard saying in a radio transmission. 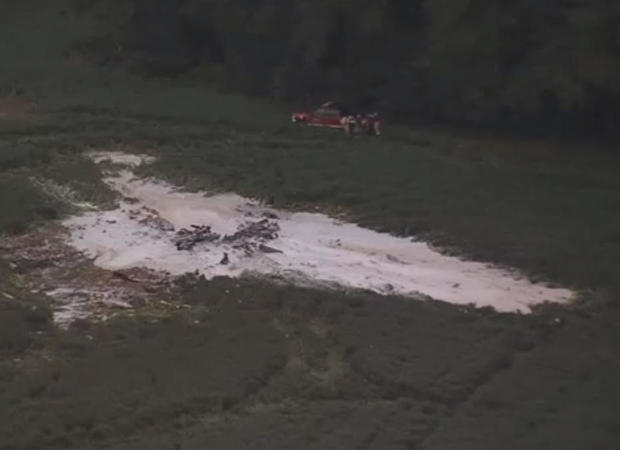 The cause of the crash is under investigation, according to Cragg, whose statement said reports indicate no structures or personnel on the ground were damaged or injured.

CBS affiliate WTVR reports Virginia State Police were alerted to the crash around 4 p.m and they later found the wreckage. Route 680 was shut down while state police responded to the crash.