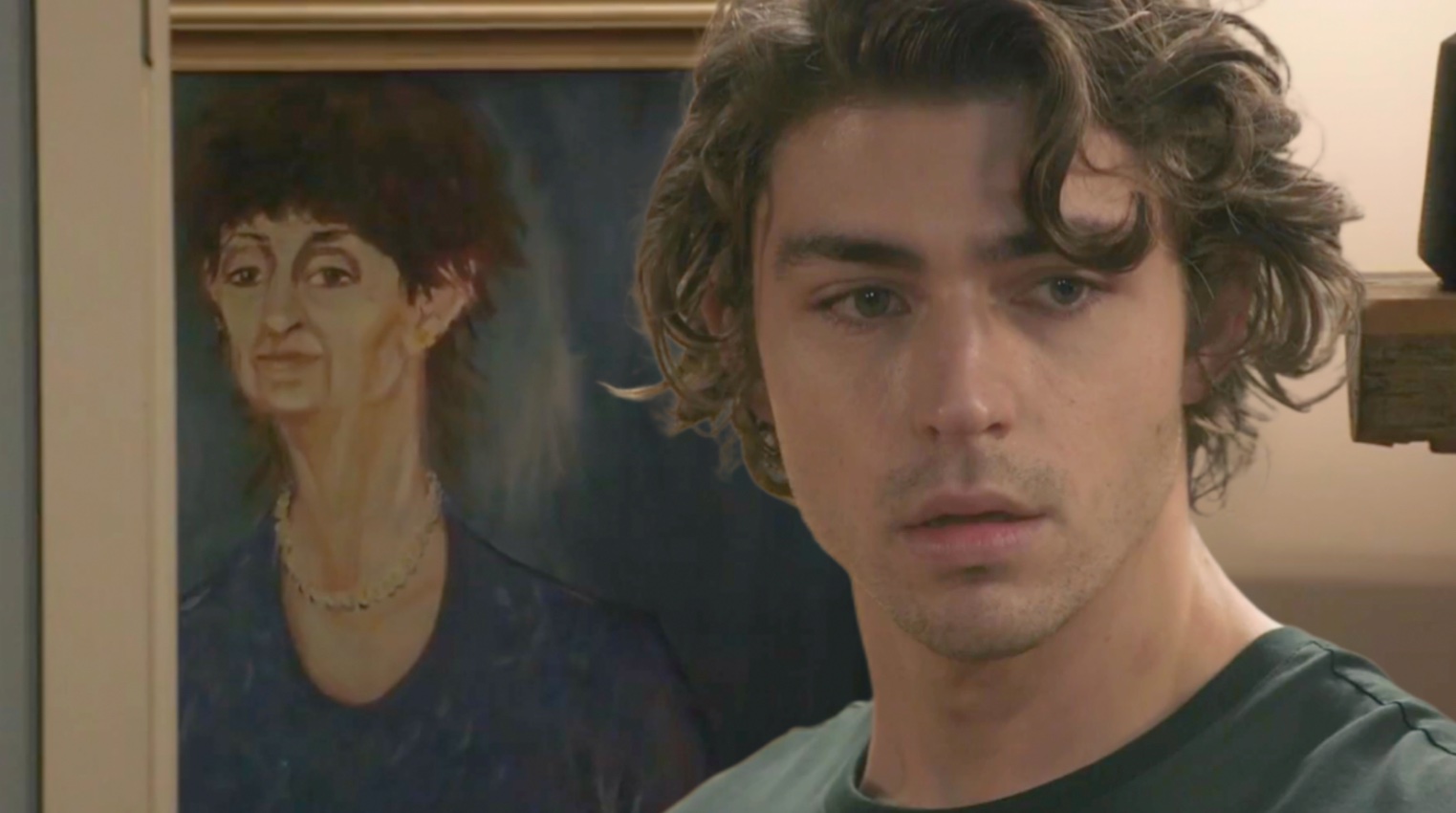 Byron Stone’s revelation that he’s been working as an escort stunned just about everyone, including the portrait of Neighbours legend Mrs Mangel (Vivean Gray), which fell from the wall.

The painting of the beloved busybody descended to the floor moments after her great grandson Byron (Joe Klocek) told mum Jane Harris (Annie Jones) the truth about how he spends his time when he’s not working at Toadie’s (Ryan Moloney) law firm.

Byron, as viewers know, rocked up on Ramsay Street several weeks ago, and it was clear that he was harbouring a major secret.

Jane, of course, was blissfully unaware of Byron’s nighttime activities, and Byron intended to keep it that way, but an interesting discovery about one of his clients left him in a complicated situation.

Danielle Pendlebury (Christine Stephen-Daly), who was a regular client of Byron’s, had a secret connection to Clive Gibbons (Geoff Paine) who, as viewers are aware, is dating Jane.

Byron, believing Clive to be cheating on his mum, decided to investigate the matter further, as he blindfolded Danielle and proceeded to snoop through her belongings, hoping to find some evidence to prove his theory.

Danielle, however, caught him red-handed, and subsequently relayed her discovery to Clive, who hightailed it over to her place to comfort her.

But little did Clive know that Nicolette (Charlotte Chimes) had followed him to Danielle’s place of residence, and she’d snapped a few incriminating pictures, which she subsequently showed to Jane.

Clive insisted that he wasn’t cheating with Danielle, but admitted that he did sleep with her years ago – when she was a patient of his.

He explained that he’s been terrified of Danielle speaking out about their night together, thus destroying his career, which is why he’s maintained a relationship of sorts with her over the years.

Jane attempted to process the discovery. Clive, however, was keen to know more about Byron’s role in exposing his secrets.

Nicolette attempted to cover for her brother but, left with little choice, Byron told his mum that Danielle is a client, and that he’s been working as an escort.

The revelation rendered Jane speechless, and moments later, the legendary portrait of Mrs Mangel, which was painted by Helen Daniels in 1987, fell from the wall.

Mrs Mangel, as longtime viewers will recall, lived on Ramsay Street between 1986 and 1988, during the height of Neighbours’ popularity.

The character, who was Jane’s grandmother, was renowned for her interfering busybody ways, her constant clashes with Madge Bishop (Anne Charleston), and having an opinion on just about everything and everyone.

It’s safe to say she would’ve have a lot to say about her great grandson’s profession, that’s for sure.

Neighbours airs weekdays at 1:45pm and 6pm on Channel 5.