A night to remember! Prince Harry and Meghan Markle‘s candid Netflix docuseries showed a first-hand account of the night they got engaged — complete with a never-before-seen proposal photo.

“I wanted to do it earlier, because I had to ask permission from my grandmother, [Queen Elizabeth II],” the Duke of Sussex, 38, recalled in episode 2 of Harry & Meghan, which debuted on Thursday, December 8, detailing his plans to pop the question. “I couldn’t do it outside of the U.K.” 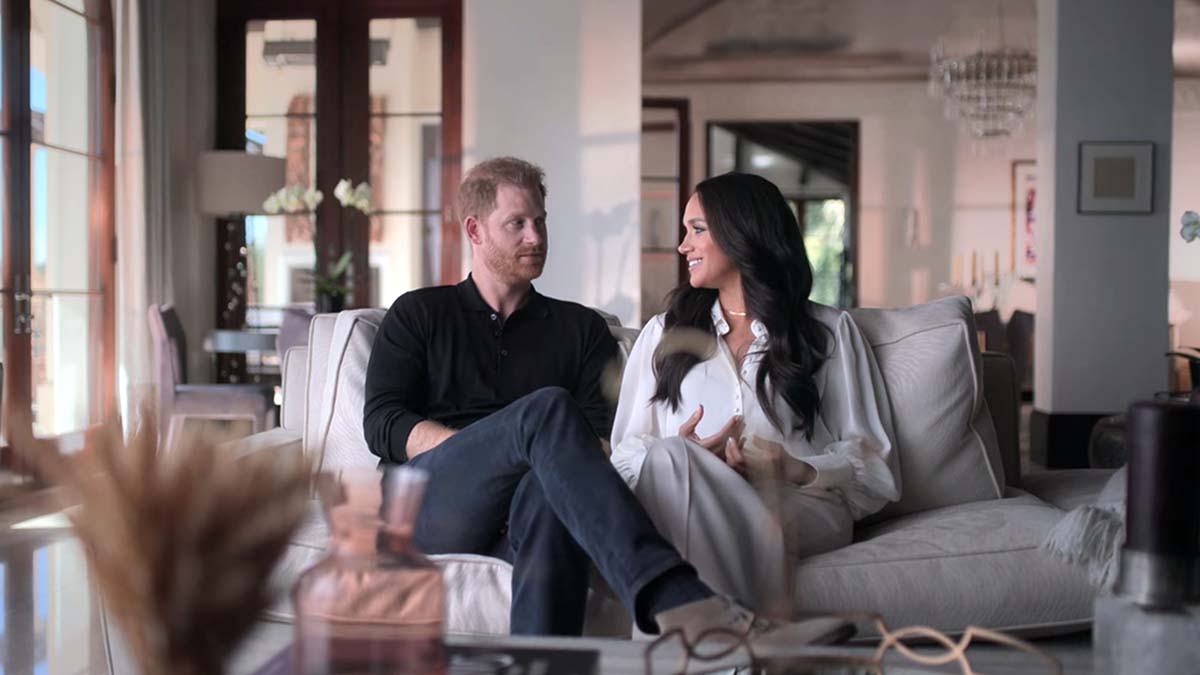 Harry went on to joke that he slightly spoiled the surprise. “I did pop a bottle of champagne while she was roasting the chicken, and that kind of slightly gave the game away,” he teased. “She was like, ‘You don’t drink champagne, what’s the occasion?’ I was like, ‘I don’t know, just had it lying around, whatever.’”

The Bench author, 41, quipped that the bottle of bubbly was “magnum” size, while her now-husband added: “It wasn’t that I knew she would say yes, but she’d already moved [her dog] Guy over. So I had Guy as a hostage.”

Harry described the romantic setup he made in the garden, which included 15 battery-powered candles. The episode then cut to an excited phone call Meghan had made to a friend — presumably former BFF Jessica Mulroney — on the big night.

There They Are! ‘Harry and Meghan’ Doc Shows Rare Pics of Archie, Lili 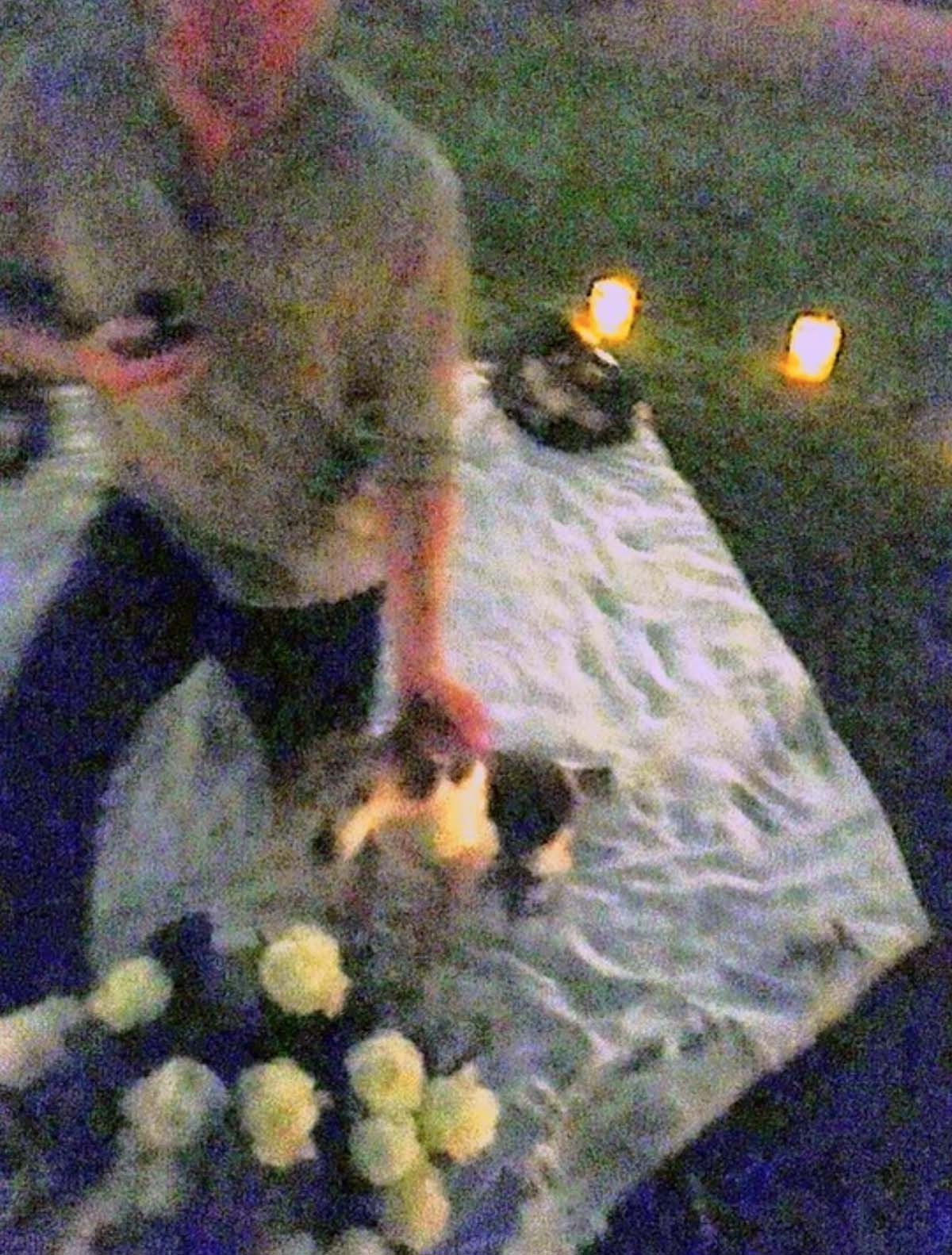 Off camera, a producer asked “what position” the prince was in when he asked Meghan to marry him. “Downward dog,” he joked. “Of course, I got down on one knee. Of course I did.”

The California native went on to gush that they were both “so joyful and excited” in the moment. “I was like, ‘Ah, we’re doing this!’”

Us Weekly confirmed the Archewell cofounders’ engagement in November 2017. Harry and Meghan went on to give their first-ever joint interview, outlining their love story for fans of the royal family. 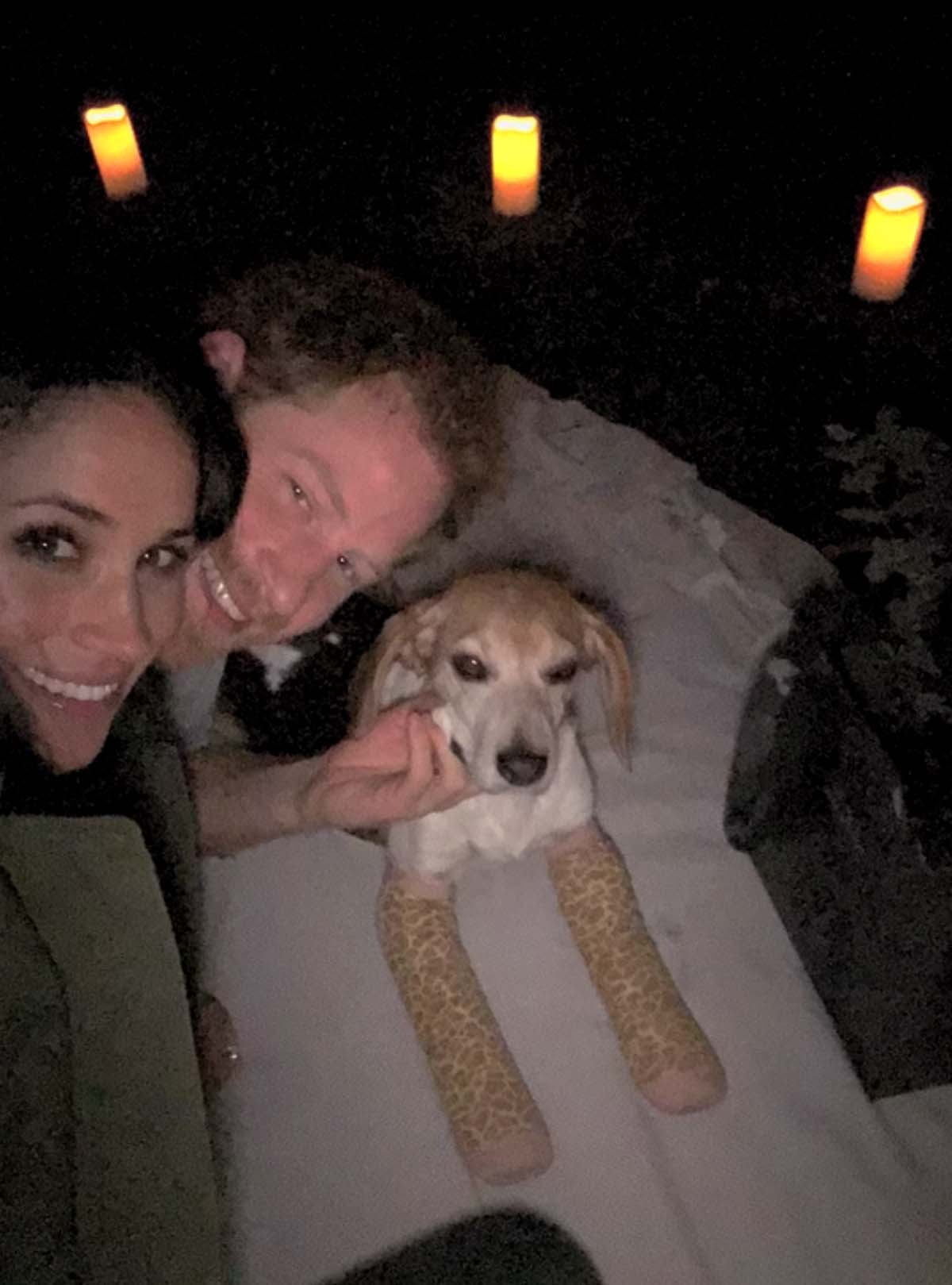 “We camped out with each other under the stars,” the Spare writer recalled of the couple’s trip to Botswana in the early stages of their relationship. “She came and joined me for five days out there, which was absolutely fantastic.”

Meghan, for her part, explained how she and Harry coped with long-distance dating. “I think we were able to really have so much time just to connect and we never went longer than two weeks without seeing each other, even though we’re doing a long-distance relationship,” she said. “We made it work.”

Where Do Harry and Meghan Stand With the Rest of the Royal Family?

While looking back on that 2017 sit-down, the former actress pointed out that no part of it was spontaneous. “It was, you know, rehearsed. We did the thing out with the press, then we went right inside, took the coat off and did the interview,” she told the cameras in Harry & Meghan, comparing the process to an “orchestrated reality show” and claiming that the pair weren’t “allowed” to tell their truths.

Harry chimed in: “We’ve never been allowed to tell our story. That’s the consistency.”

The twosome exchanged vows in London in May 2018, welcoming son Archie one year later. Daughter Lilibet joined the family in June 2021. Harry and Meghan’s exit from their senior royal duties, which they announced in January 2020, was made permanent in February 2021.