After 13 years, 106 episodes, two separate series, and three discrete identities, shady lawyer Saul Goodman will finally bow out on Tuesday when Better Call Saul comes to an end, its universe having finally and inevitably collided with that of the show that spawned it, Breaking Bad.

“I don’t think it used to be the case, but suddenly there’s a lot of pressure with a finale,” says Peter Gould, the man who created the character of Goodman and co-created the spin-off series with Breaking Bad creator Vince Gilligan. “And believe me, I feel it.” 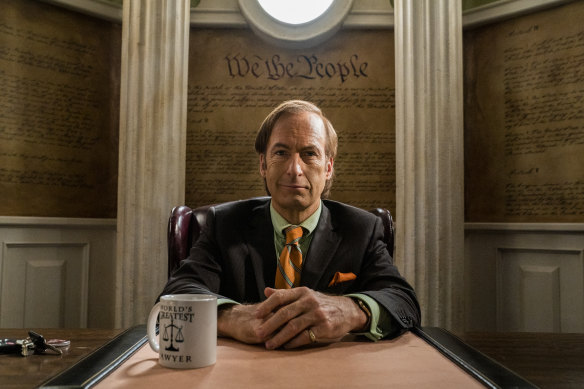 Gould won’t reveal details, but he’s confident the finale, which airs on Tuesday, is “a very satisfying” end to the story and “especially appropriate” for a show that has seen its central character morph from petty conman to legitimate lawyer to friend of the Mexican drug cartels to donut baker in hiding, before finally being lured back to a life of outright crime.

“We inside our world feel very happy with it,” he says. “But that’s no guarantee of how the outside world will see it.”

Gould first introduced Goodman, played brilliantly by Bob Odenkirk, toward the end of the second season of Breaking Bad. But the fast-talking lawyer was far from a fully realised character at that point.

“I was fascinated by this guy and I wanted to see him again,” he says, “but I was worried, and I think some other folks were worried, that we were going to break the show because he was going to be too silly or too out there.” 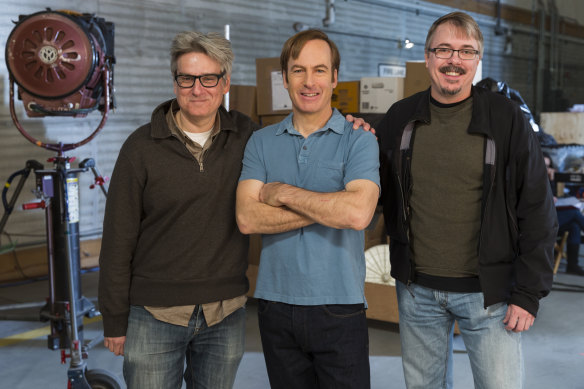 Gould admits part of his motivation for wanting Saul to hang around was selfish. “You get a character payment if they show up again, which is always good. But more than that, there’s an emotional stake you have in their existence, and I felt a lot of connection with Saul.”

At first, he was largely a clownish figure with his rapid-fire spiel, his loud suits and bright shirts, his office with its styrofoam columns and the American Constitution painted on the wall behind his desk. And Odenkirk, with his background in comedy writing and stand-up, approached it that way too.

“Bob worked from the outside in, and I think we did, too. He started talking about his hair; he said, ‘Maybe this guy has a mullet in the back’. But then there was a little moment in the first Breaking Bad episode he appeared in where he chases a police officer out of an interrogation and Bob did something that was not in the script, he took a little beat, looked after the cop and breathed a little sigh.

“You can see he’s said to himself, ‘This time it worked’. And I started feeling, ‘Well, this guy does have an inner life. Maybe he’s not quite as confident as he appears’.” 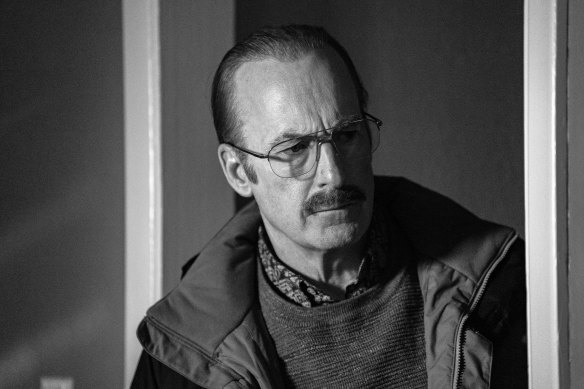 Better Call Saul opened with Jimmy (who becomes known as Saul Goodman) living under the assumed identity of Gene Takavic and trying to stay out of trouble. It is ending with Gene drifting deeper into a life of crime.Credit:Stan

Critics have described Better Call Saul as one of the best TV shows of all time, but though it has garnered 48 nominations over its six seasons, the series has not won a single Emmy.

Across the seasons of the show, we’ve come to appreciate how complicated and conflicted Goodman – aka Jimmy McGill, aka Gene Takavic – really is. And for all we might root for him to overcome his many failings and find a path to redemption, he always lets us down.

And once this is over, is that really the end of this universe? Or is there another spin-off series in the works?

“Vince and I have both come to the conclusion we shouldn’t press our luck,” he says, chuckling. “Two TV shows and a movie [the Breaking Bad sequel El Camino] – we’d rather leave the party while the champagne’s still flowing.”

He and Gilligan each have things they want to do outside this world, he adds.

“But I would never close the door all the way. It’s just too much fun working with these folks.”

Every episode of Better Call Saul and Breaking Bad is now streaming on Stan. Stan and this masthead are both owned by Nine.