Nicole Kidman then and now: See her face through the years

To say Wednesday’s Balenciaga Couture show in Paris was “star-studded” would be a serious understatement.

Designer Demna Gvasalia tapped a series of superstars to model his latest looks for the fashion house — including Oscar winner Nicole Kidman, who strutted her stuff in a one-shouldered silver gown with a dramatic train paired with black opera gloves.

The “Big Little Lies” actress, 55, posted behind-the-scenes footage from the show on Instagram, capturing the moment before she hit the catwalk alongside Kim Kardashian, Naomi Campbell, Bella Hadid and Dua Lipa.

“Selling Sunset” star Christine Quinn, who also joined Kidman on the runway, commented, “You slayed my love! So happy to walk with you. Such an honor.” 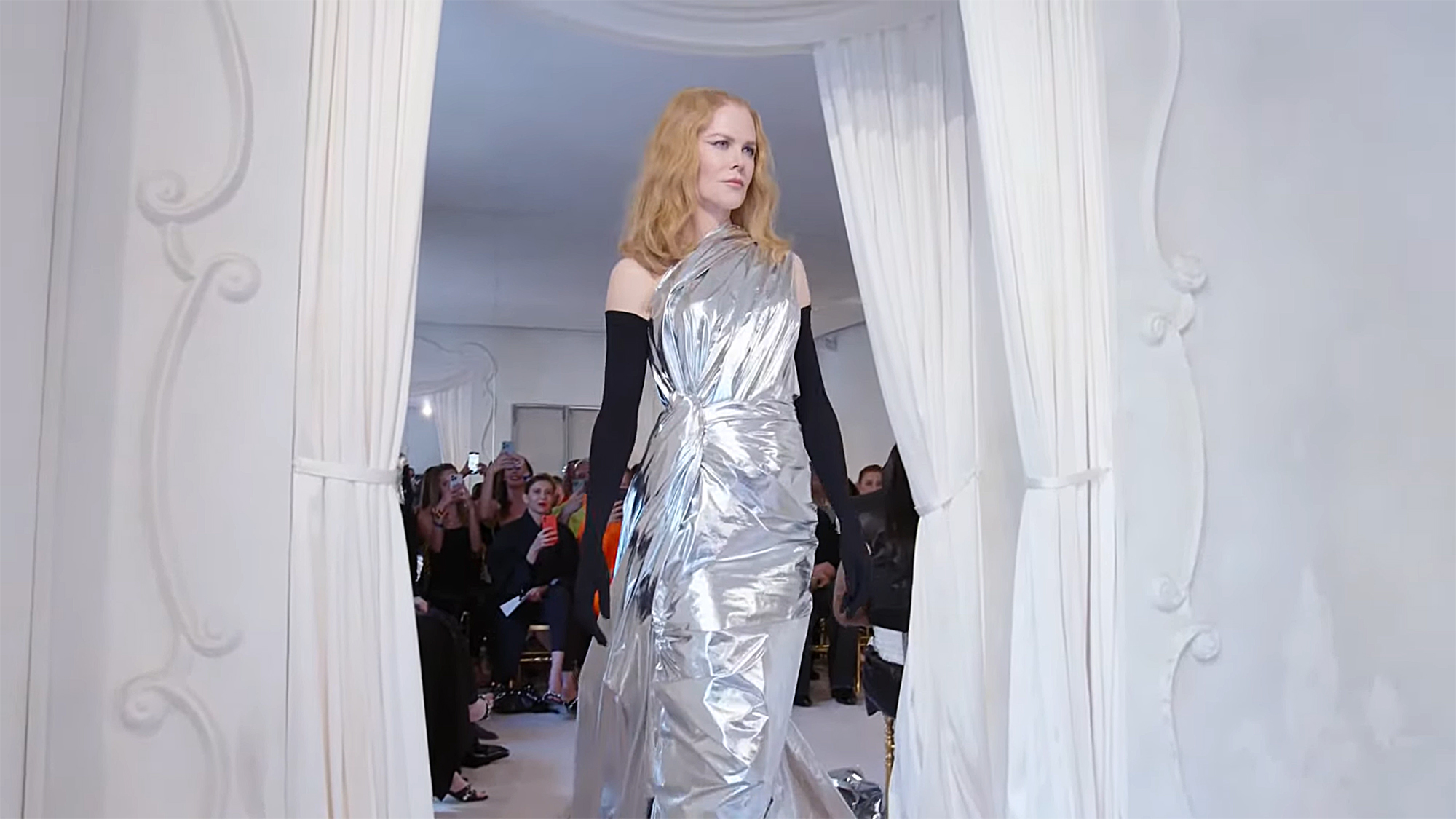 The Aussie actress received mixed reviews for her modeling moment. Kidman’s walk is already going viral, much like her infamous Oscars applause.

One commenter responded to Vogue’s videos of Balenciaga’s A-list cast with, “​​Nicole [sic] walk I can’t 😭💀,” while another defended her, writing, “It’s the damn shoes. If you look closely they don’t stand flat on the ground. Wtf?! Whose idea was it to make boat shaped shoes?”

A third praised Kidman’s “theatrical” walk, while a fourth simply wrote, “she did better than Kim. 😂” 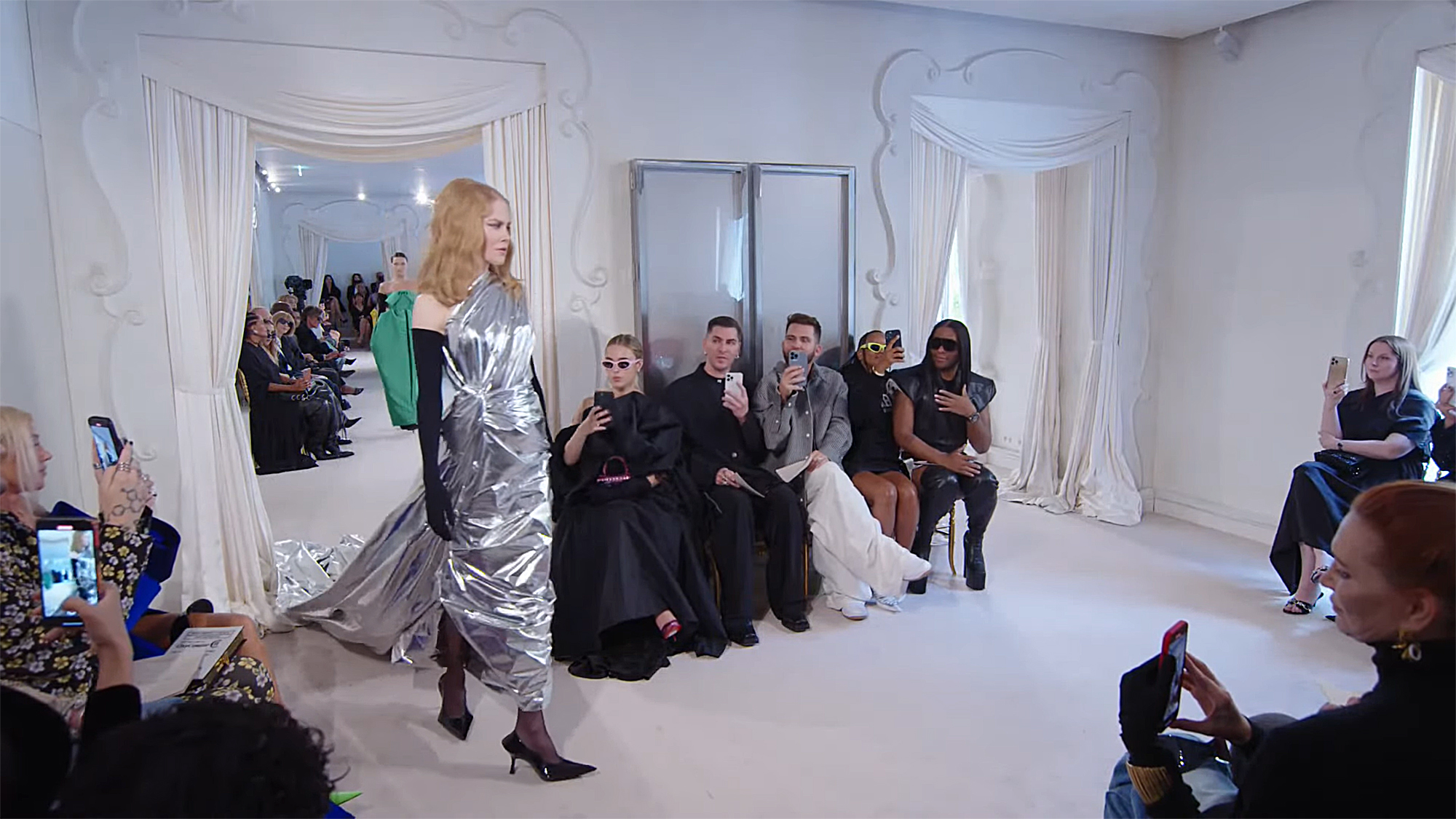 Kidman’s husband, country crooner Keith Urban, was perched in the front row to cheer on his wife, and the pair even smooched for photographers post-show.

The Oscar-winning actress has long enjoyed experimenting with fashion. After Kidman similarly divided fans with her cover look for Vanity Fair’s 2022 Hollywood issue — a tiny pleated Miu Miu top and matching micro-miniskirt — she clarified that she “begged” to wear the controversial designer look. 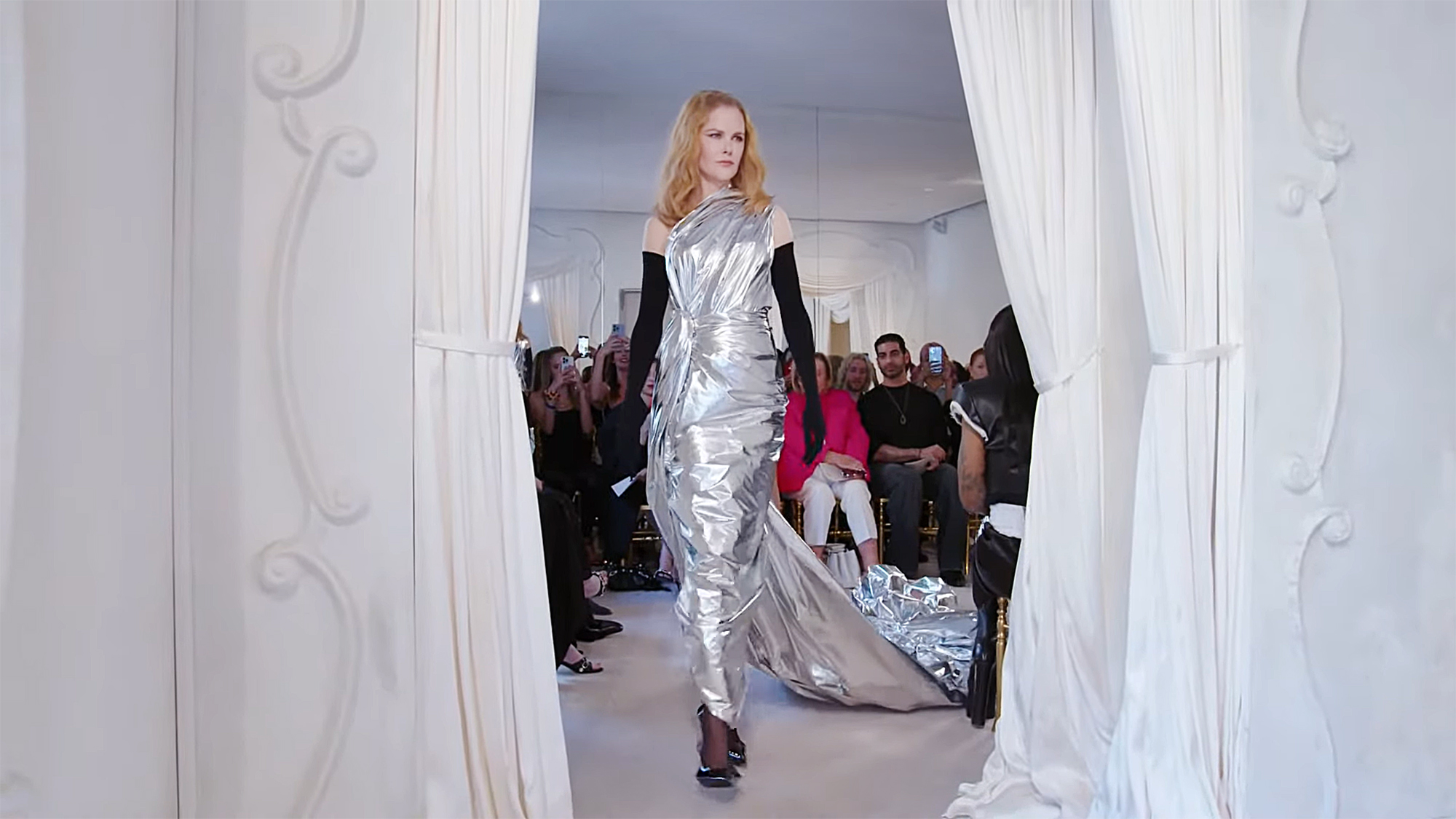