Nigeria's contortionists go out on a limb for recognition 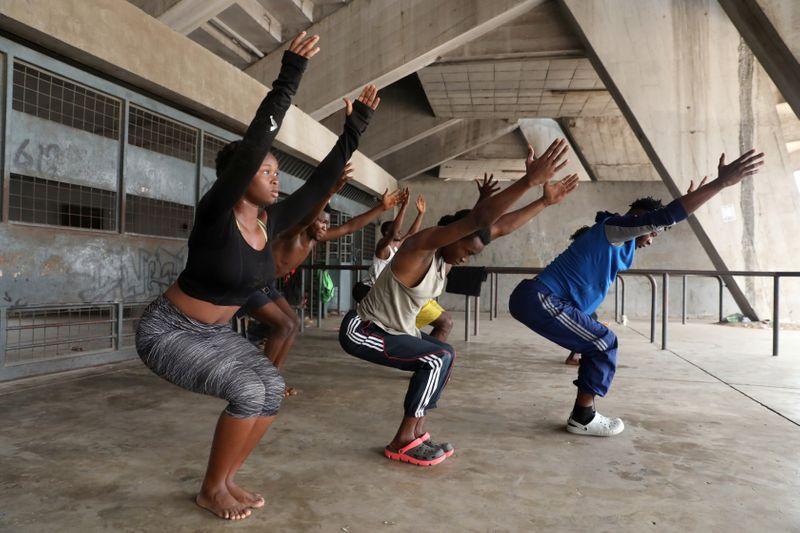 LAGOS (Reuters) – Her family wanted her to be a doctor or a lawyer, but on discovering as a teenager she could contort her body in unusual ways, Nigerian Ifeoma Amazobi decided that would be how she made a living.

Contortionists are rare in her country, where a suspicious public sometimes brand them as witches or sorcerers, or “dead bodies”.

But even though it also led to irreconcilable differences with her family and forced her to leave home, Amazobi was determined to pursue her dream.

She met up with another contortionist, and then joined a community of around 20 more, who put on a show entitled “Limberness” to bring recognition to their work and win respect for the strength and long hours of training it requires.

“There was a lot of discrimination from my parents, people around me… everyone was just after me. They were like ‘no’, this is not what they want me to be,” she told Reuters.

Oyindamola Kolawole, 26, leads the troupe. He is scheduled to work at the travelling Circus Zyair for 10 months.

“They still find it hard to believe its real. That’s why we are putting this together for people to see that it is an extreme act and we are also human beings, we are not aliens,” he said of his Nigerian audiences.

Many who saw the show at a studio in Lagos said they were overwhelmed by the contortionists’ feats.

Kolawole and Amazobi have also had to reassure friends that they are not damaging their health with their performances and running the risk of huge medical bills.