Nissan is cutting 9% of its jobs worldwide. Meet the company's disgraced former chairman, who is facing charges of financial misconduct and was freed from jail in April on $4.5 million bail

Nissan is struggling. The automaker announced July 24 that its first-quarter profits were down 98.5% from last year and that it will cut at least 12,500 jobs,The New York Times reported. That’s about 9% of its total workforce, according toThe Wall Street Journal.

Carlos Ghosn’s rise as chairman of the Renault-Nissan-Mitsubishi Alliance took years. His fall? Quicker, and greater, than any other industry executive with his caliber.

For a long time, he was known as the man who was able tousher in a new era of profitability and relevance to the automakers he helmed. Yet, to Japanese persecutors, he hid his earnings from regulators for years and used company funds to further decorate his lavish lifestyle.

On November 19, 2018, Ghosn was arrested, and in April 2019, he was released from a Japanese prison on a $4.5 million bail,Business Insider previously reported.

Prosecutors in Japan havealleged that Ghosn earned a salary of about 10 billion yen, or $88.7 million, from 2011 to 2015 but reported only half of that. Ghosn, 64, could face up to 10 years in prison and a fine of up to 10 million yen if found to have committed any wrongdoing.

Keep reading to learn more about the rise and downfall of Carlos Ghosn.

Ghosn started at Nissan in 1999, when “The Alliance” was formed — where Renault and Nissan each had a stake in the other. In 2016, Mitsubishi joined. The three act as separate entities, while also identifying as a global grouping. 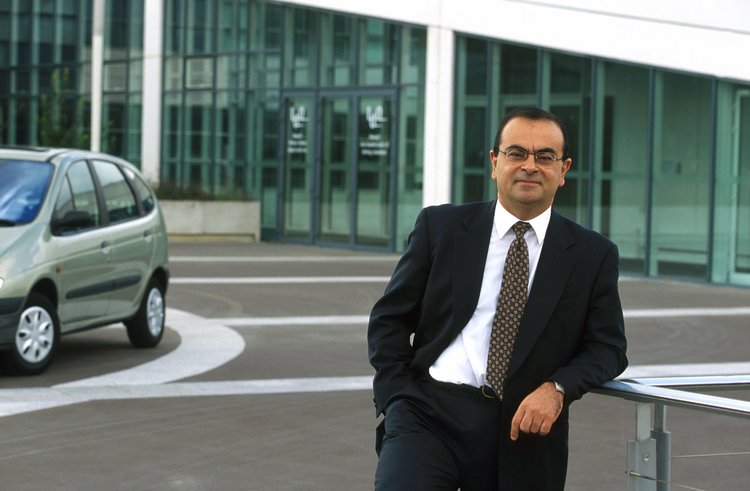 Ghosn was known for his cost-cutting methods — closing factories and cutting jobs while increasing profits and output. Nissan quickly surpassed Honda as the No. 2 automaker in Japan under Ghosn’s leadership … 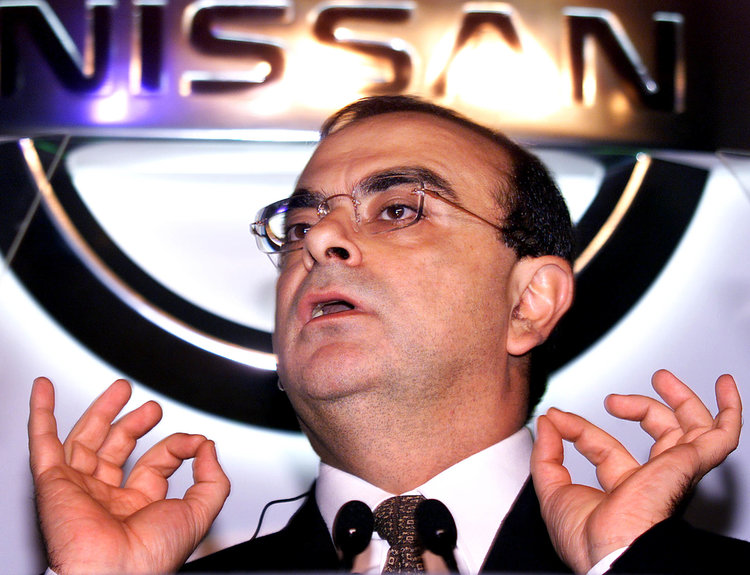 … for which he was greatly compensated. According to BBC’s review of company records, Ghosn made over $17 million in 2017 in salary, share options and bonuses. As company success grew, so did Ghosn’s net worth. As of 2018, his net worth was around $120 million. 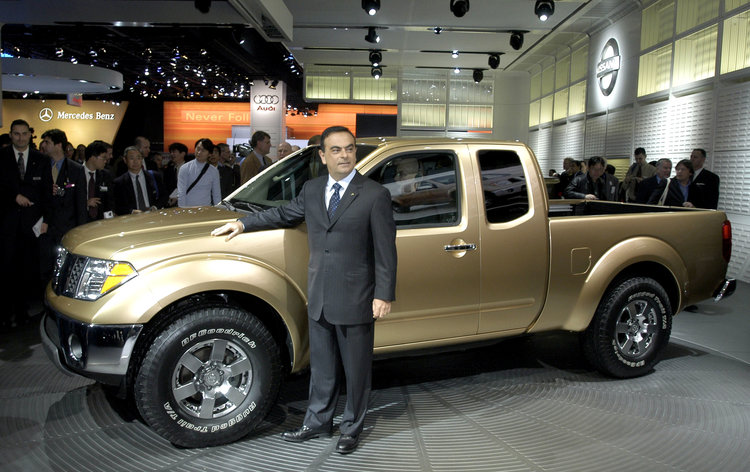 Ghosn flew around the world using a series of Nissan-owned Gulfstream private jets, including a G650, which can seat up to 19 passengers, sleep up to 10, fly more than 8,000 miles, and can cost more than $67 million. 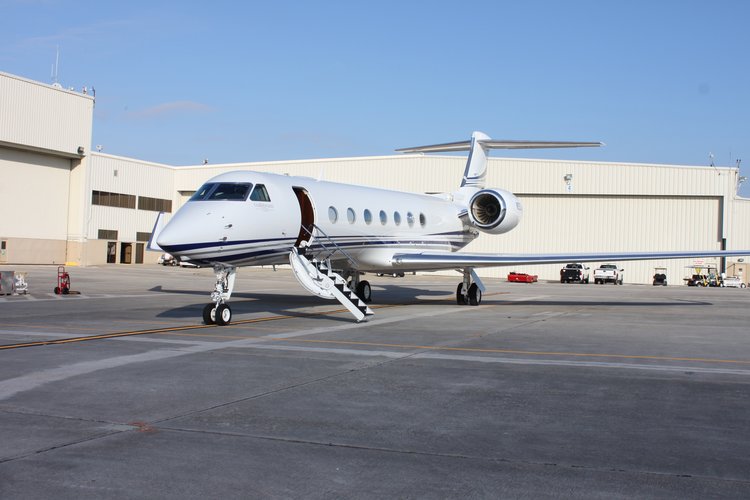 As chairman of Renault, Nissan, and Mitsubishi, three car companies located on two continents halfway around the world from one another, Ghosn spent a considerable amount of time flying on Nissan’s corporate jets between France and Japan. He also had frequent stopovers in the United States, Brazil, and Lebanon.

According to a report from Bloomberg, Nissan paid over 8,000 euros a month for an Amsterdam apartment that was used exclusively by Ghosn. 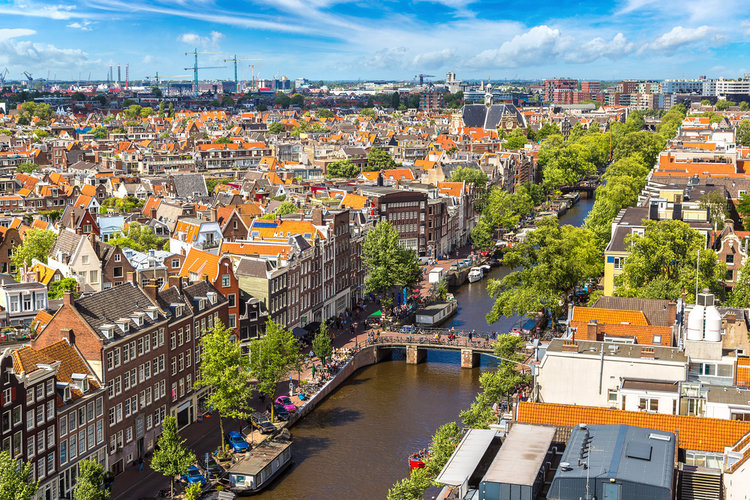 And in Beirut, Nissan reportedly paid nearly $9 million in 2012 for a salmon-hued mansion for Ghosn to live in when he traveled. 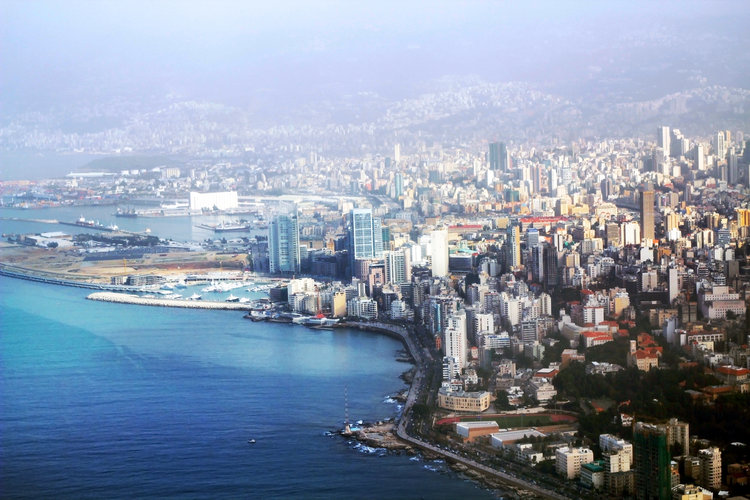 In Tokyo, Nissan paid nearly $9,000 a month for Ghosn and family to live in a flat for only “few days each month on average.” But then, all of a sudden, Ghosn’s world came crashing down. 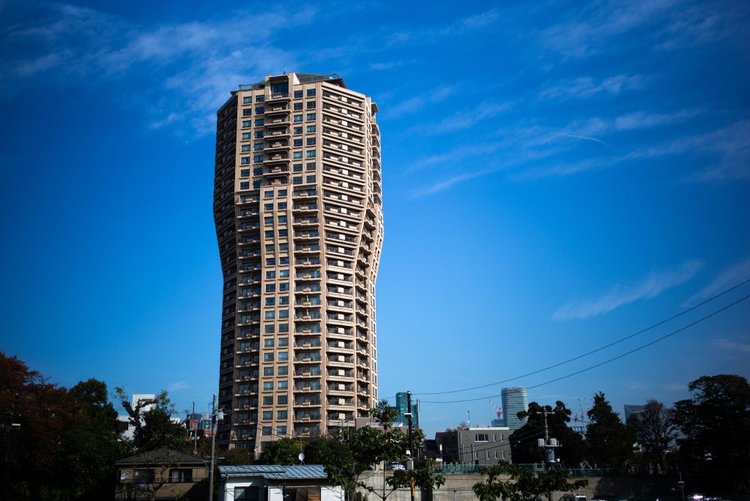 Nissan would soon begin seizing keys and blocking access from six of its properties frequented by Ghosn and his family.

On November 19, prosecutors surrounded Ghosn’s Gulfstream after it touched down in Japan. Prosecutors alleged that Ghosn hid his earnings from Nissan filings for years. 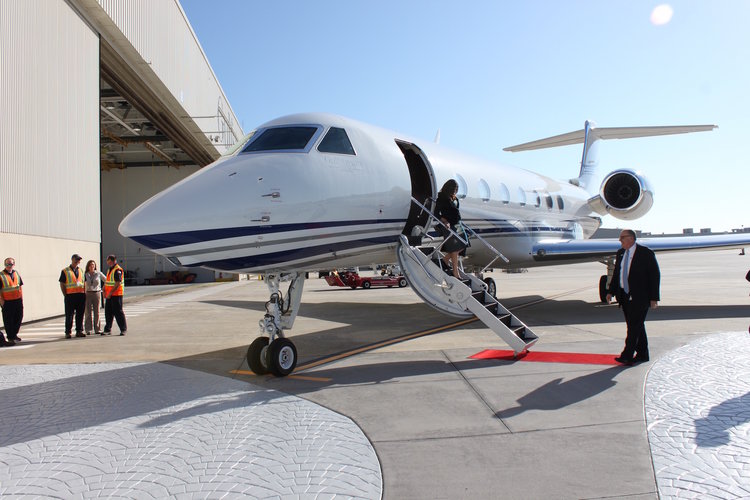 On November 19, 2018, Nissan CEO Hiroto Saikawa confirmed the arrest of Ghosn after a months-long investigation into alleged financial crimes, like underreporting compensation to regulators. The Nissan board voted just two days later to remove Ghosn from his position as chairman. 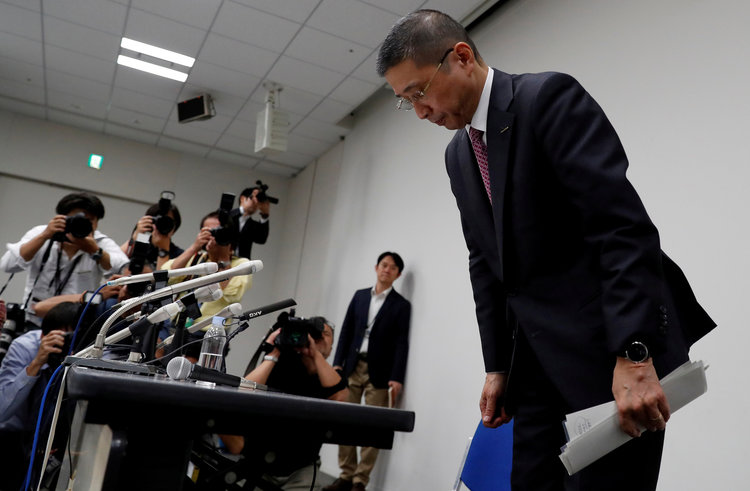 A week after Ghosn’s arrest, Mitsubishi Motors Corp. Chairman and CEO Osamu Masuko announced the company would be ousting Ghosn from his role, too. 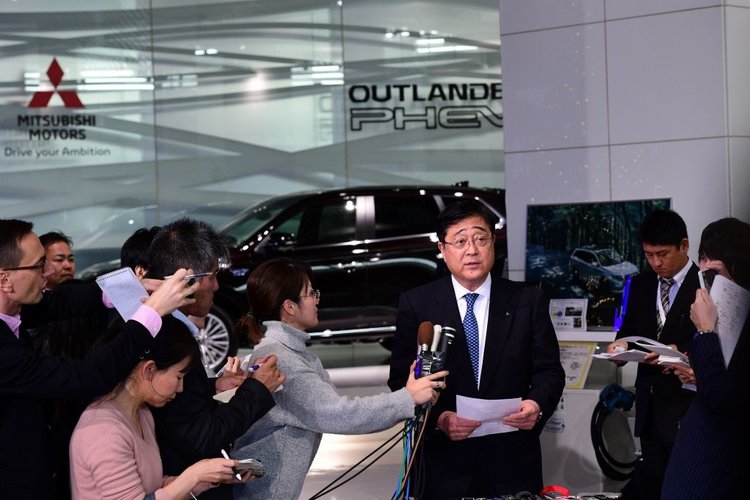 Ghosn was reportedly kept in the same facility that previously housed death-row inmates and given limited access to the outside world. Reports indicate that he was allowed to bathe twice a week and had 30 minutes a day of exercise. 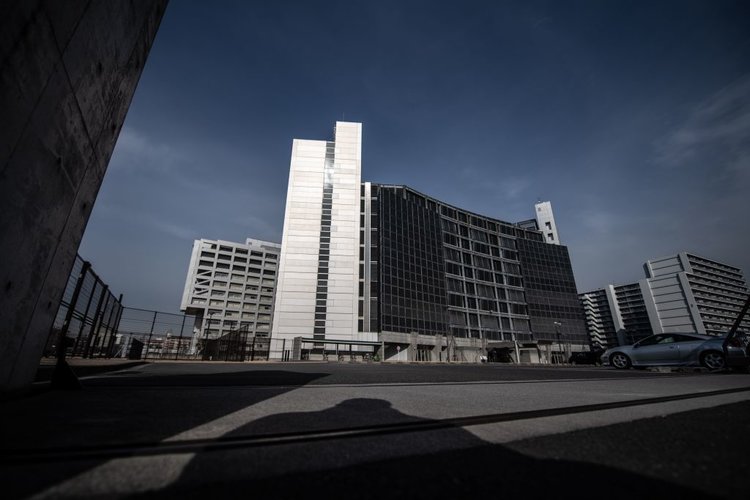 In a January court hearing, Ghosn denied any wrongdoing on his behalf, and said he was “wrongly accused and unfairly detained based on meritless and unsubstantiated accusations.” The next day, his detention appeal was denied. 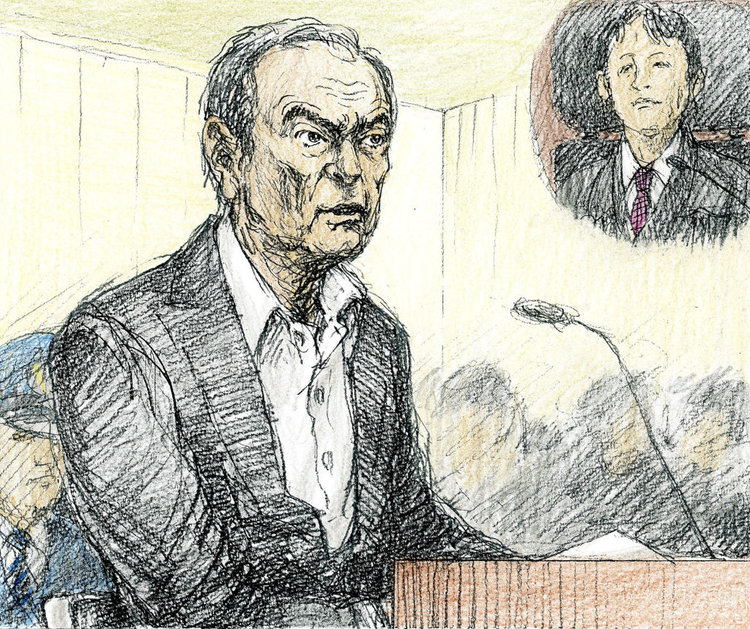 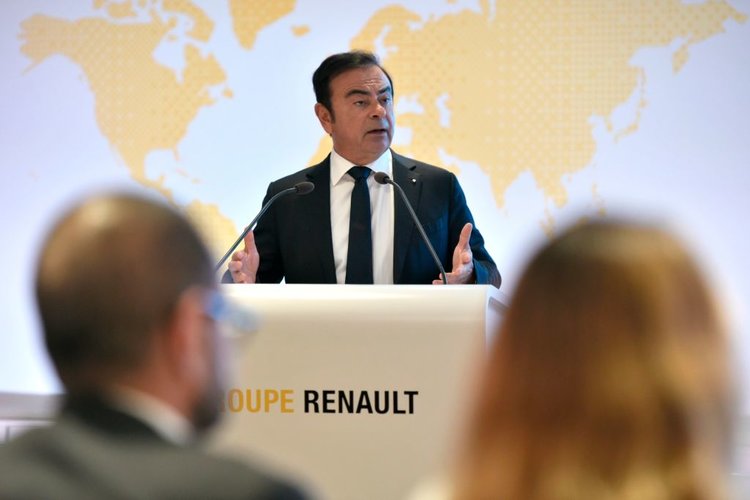 Bloomberg reported in February that Ghosn may have used Renault funds inappropriately to “pay for his wedding party at the Chateau de Versailles” — marking the first indecency reported by the company toward its former head executive. 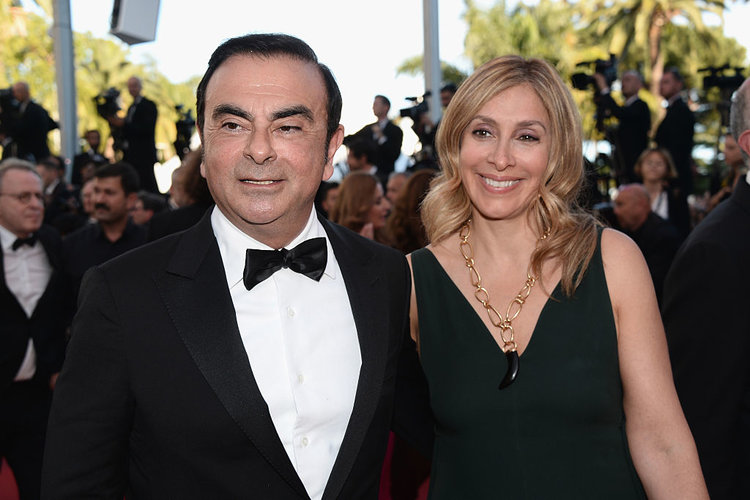 At the end of February, Ghosn hired lawyer Junichiro Hironaka, who said Ghosn’s arrest was a result of a conspiracy inside Nissan. Hironaka said he believes Ghosn is innocent. 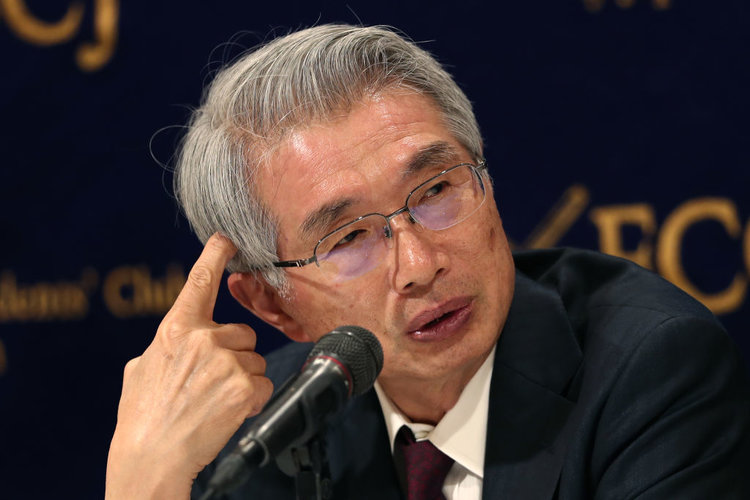 “The prosecutors have made a criminal case out of an issue that should have been handled inside the company,” said Hironaka at a press conference.

In March, Ghosn, wearing blue workman’s clothes and a baseball cap, was released after 108 days in a Japanese jail and after paying a nearly $9 million bail. 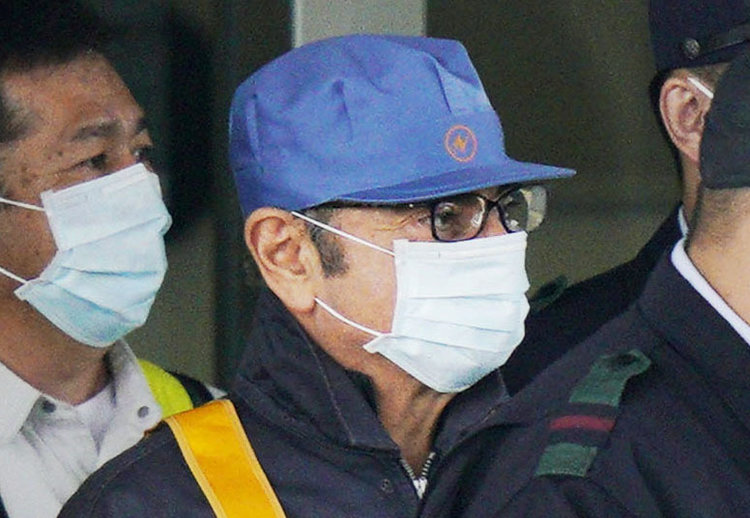 According to The Wall Street Journal, Ghosn went to a court-approved residence in Tokyo. A trial is said to be happening later this year. 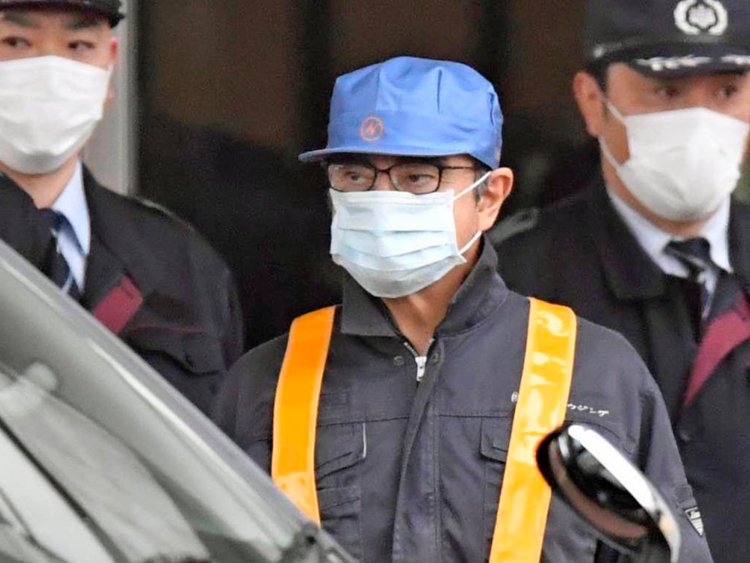 He is to have no contact with anyone outside of the country by phone or computer. “I am extremely grateful for my family and friends who have stood by me throughout this terrible ordeal,” Ghosn said in a statement released in March. 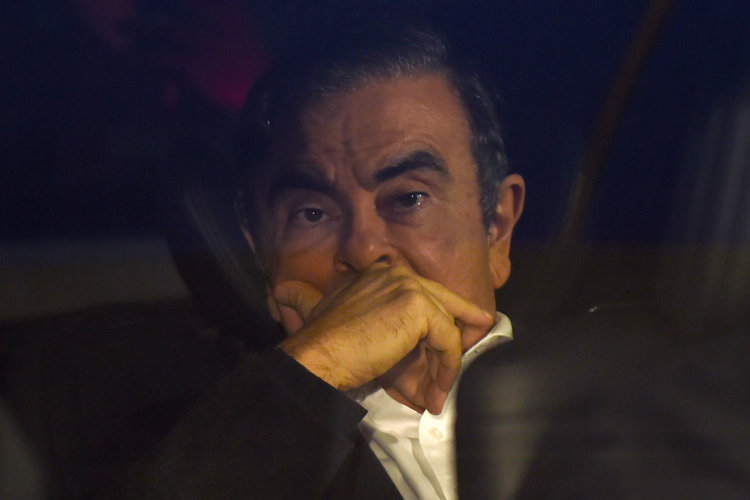 Ghosn was rearrested on April 4 on new charges and then released on a $4.5 million bail later that month. 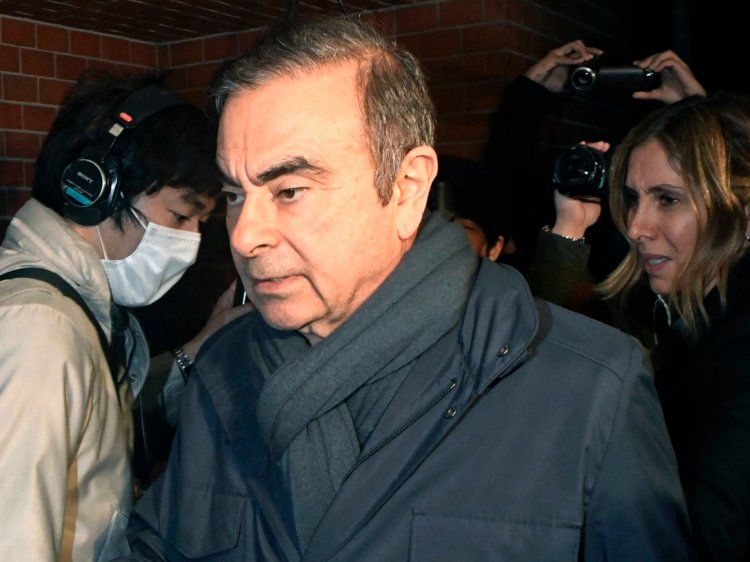 Nissan is now struggling. The automaker’s first-quarter profits were down 98.5% from last year, and it announced that it will cut at least 12,500 jobs. 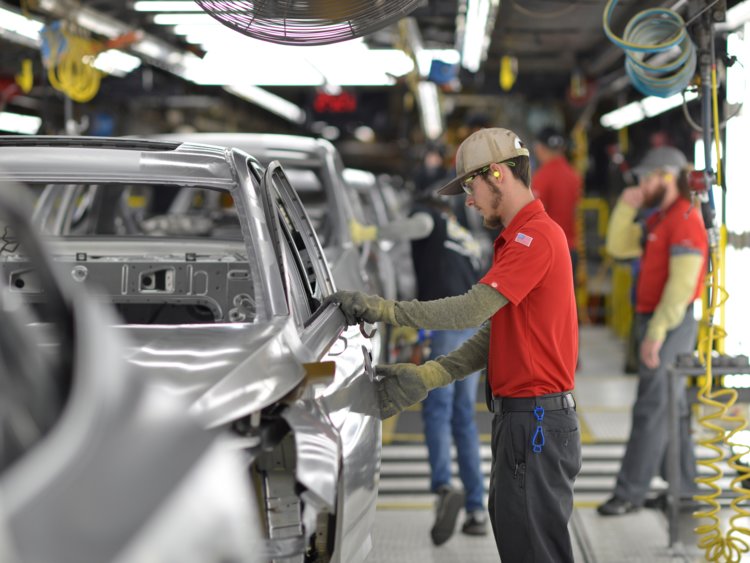