Getting steamy in Sin City! Kourtney Kardashian and Travis Barker couldn’t keep their hands to themselves at the 2022 Grammys — but their PDA didn’t stop on the red carpet.

See What the Stars Wore on the Grammys 2022 Red Carpet

The Poosh founder, 42, attended the 64th annual awards show on Sunday, April 3, with the drummer, 46, who performed a fiery medley with H.E.R. and Lenny Kravitz. Before Barker hit the stage at the MGM Grand Garden Arena in Las Vegas, he only had eyes for his fiancée. 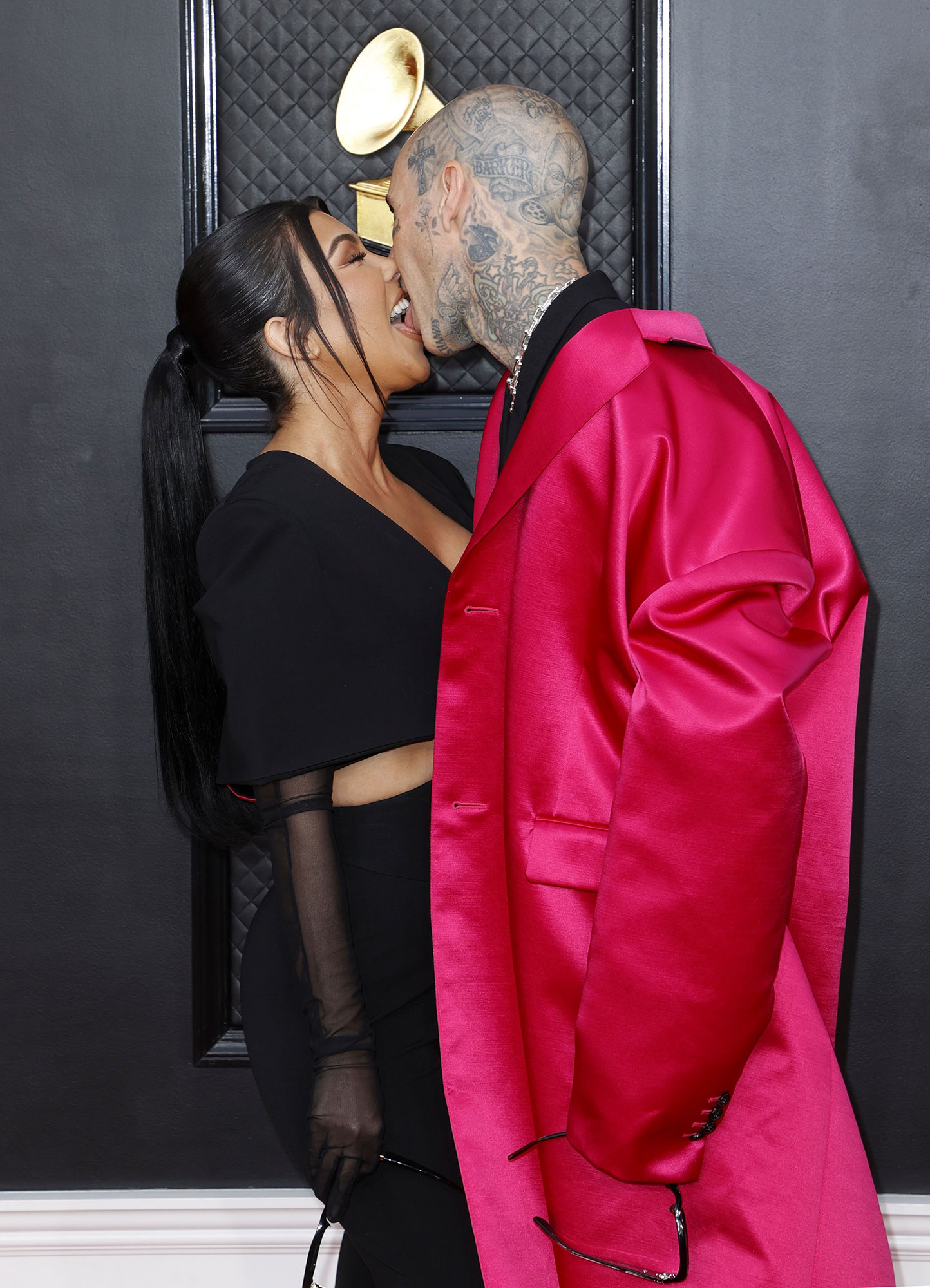 The Blink-182 member was “twirling Kourtney around” as they entered the event, an eyewitness exclusively tells Us Weekly. After performances by Silk Sonic and Olivia Rodrigo, the couple had a marathon make-out session while J Balvin sang.

When it was Lil Nas X‘s turn to take the spotlight, the Keeping Up With the Kardashians alum was spotted sitting on Barker’s lap. According to the insider, the duo’s PDA lasted for an “uncomfortably long” time between songs, with the reality star and the California native locking lips “for almost a minute.”

Throughout the ceremony, Kardashian chatted with celebrity pals like Addison Rae and waved to fans inside the arena. Barker was one of the final performances of the night — and the Hulu personality gave her beau a standing ovation.

“[She] was bopping her head during Travis’ drum solo,” the source tells Us. “When Travis came back [to the audience], Kourtney jumped up to kiss and hug him and then went back to sitting on his lap.”

Before taking their seats, the couple hit the red carpet in coordinating outfits. Kardashian wore a black Et Ochs jumpsuit with a plunging V-neck and side cutouts, while Barker opted for a black Givenchy look. He quickly ditched his hot pink Raf Simons coat to pose for photos with the Kardashians star.

Us confirmed the pair’s romance in January 2021 and the musician popped the question that October. Since getting engaged, the couple have already considered their next steps together.

“They will have a baby together without any doubt, it’s just a matter of when and how,” a source exclusively revealed after the proposal. “Ideally, Kourtney would like a natural birth. She’s confident it won’t be a problem because she’s always been lucky to conceive naturally and has taken great care of herself physically.”

Kardashian is already the mother of three children — Mason, 12, Penelope, 9, and Reign, 7 — with ex Scott Disick. Barker, for his part, shares Landon, 18, and Alabama, 16, with ex-wife Shanna Moakler. “Blending their families as one” is a priority for Kardashian and Barker as they prepare to tie the knot, a separate source told Us in February.

“They’ve set their hearts on a big family,” the insider noted at the time, adding that Kardashian is “trying to get there in the natural way” but also “looking at IVF.”