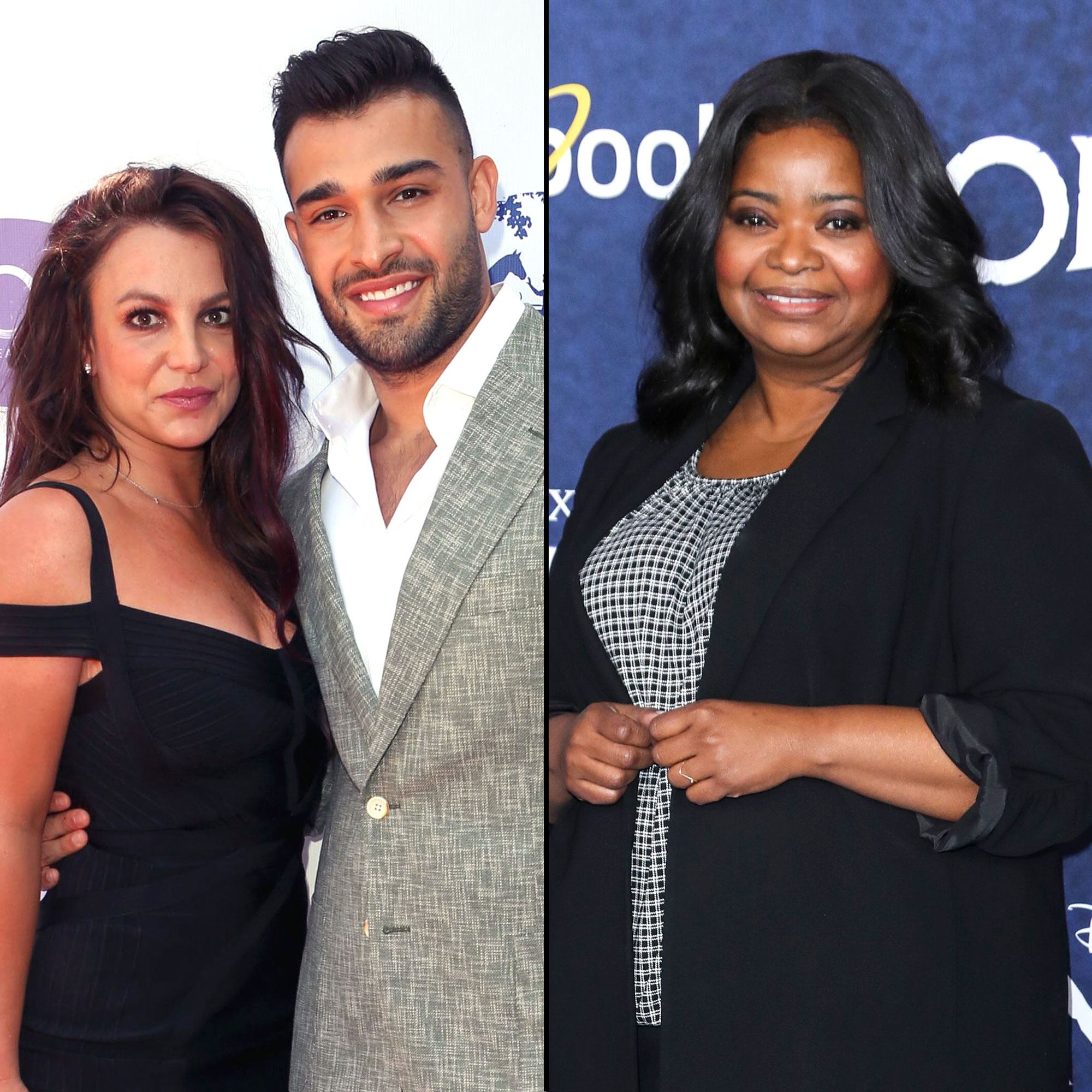 Britney Spears’ Ups and Downs Over the Years

Spencer shared a photo of the happy couple with her statement. “Y’all, a few days ago Sam and Britney announced their engagement and me being me I made a joke,” she explained. “My intention was to make them laugh not cause pain.”

The Hidden Figures actress added that she personally made amends with Spears and Asghari, 27. “I’ve reached out to this lovely couple privately to apologize and now want to restore just a smidge of happiness they were robbed of,” she continued. “Britney’s fans have seen her through a lot of pain and she’s found happiness. We’re thrilled for her. So let’s show them love. 👇🏽 #nonegativity.”

The fitness guru said he isn’t offended at all. “You are very kind to clarify but I have no hard feelings whatsoever. Jokes and misconceptions come with the territory. 🙏 💯 ❤️,” he commented on the post.

Asghari previously clapped back at all the calls for the “Toxic” singer to get a prenuptial agreement with a joke of his own.

“Thank you for your concern about the prenup!” the actor wrote via his Instagram Story on Monday, September 13. “Of course we’re getting iron clad prenup to protect my Jeep and shoe collection in case she dumps me one day.”

The couple announced their plans to get married on Sunday after nearly five years of dating. The news came days after the Grammy winner’s father, Jamie Spears, filed a petition to step down as his daughter’s conservator, a position he’s held since 2008.

Mina Sirkin, a Los Angeles-based attorney and legal expert in conservatorships, estate and trust law, exclusively told Us Weekly that creating Britney and Asghari’s prenup will likely take a while due to the complicated nature of her finances.

“Britney is allowed to marry under a conservatorship unless the judge determines she does not have the capacity to do so,” she told Us. “If they do get married, there will be a long process of forming a prenuptial agreement first.”

Celebrity Engagements of 2021: Stars Who Got Engaged This Year

The Iran native proposed with a custom 4-carat diamond ring from Forever Diamonds NY that had his nickname for his love, “Lioness,” engraved inside.

The singer previously claimed her conservatorship prevented her from marrying Asghari and having kids with him. She already shares sons Sean Preston, 15, and Jayden James, 15, with ex-husband Kevin Federline.