The Reserve Bank would face its first independent review in 40 years under a proposal from the OECD, which says it is time to address the central bank’s failure to meet key economic targets in recent years and deal with long-term risks posed by the pandemic.

In a broad-ranging report into the state of the Australian economy that also called for substantial tax reform and more explicit budget repair commitments from the federal government, the Paris-based Organisation for Economic Co-operation and Development said a review of the RBA should cover its charter and board make-up. 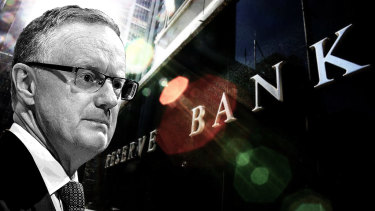 The OECD says an independent review of the Reserve Bank should be carried out given its failure to meet its own targets.Credit:SMH

In April, The Sydney Morning Herald and The Age revealed growing doubts about the RBA’s management of the economy ahead of the pandemic. The RBA sets official interest rates and attempts to keep inflation between 2 and 3 per cent as part of its charter to deliver full employment while maximising the nation’s prosperity. It has missed its inflation target since 2015.

Shadow treasurer Jim Chalmers said at the time the RBA was not beyond criticism, backing a review of the bank, monetary policy and its interaction with fiscal policy.

The same series also showed concerns about the bank’s internal structures, including its board, which is appointed by the treasurer of the day. During a period when it consistently overestimated the strength of wages growth, there was no union representative on the board.

Every 18 months, the OECD conducts a formal review of member countries, making recommendations across a range of economic policies. Its latest report is the first to propose a review of the RBA and its operation.

Ben Westmore, head of the OECD’s Australia and United States desk, said given the RBA’s failure to hit its inflation target for more than five years and changes in the macroeconomic environment caused by the pandemic, now was the right time to conduct a monetary policy review.

He said a number of OECD nation central banks had successfully undertaken reviews in recent years, urging the Australian government not to be restrictive with any approach to the RBA.

“Such a review should be broad in scope, considering the central bank mandate, policy tools, communication and organisational practices,” he said.“Framework reviews in some other OECD countries have highlighted the benefits of conducting consultations with a wide variety of relevant stakeholders.

“We think there is a strong argument for such a review process being enshrined on a recurring basis.”

The last review of the RBA occurred in 1981 as part of the Campbell inquiry that proposed reforms such as deregulation of the financial system and a free-floating currency. Globally, the central banks of the United States, the European Union, Japan, Canada and New Zealand have all undertaken reviews within the past four years.

RBA governor Philip Lowe pushed back at calls from Labor and economists for a formal review as recently as last month, saying other central banks were moving towards its policy approach.

Apart from backing a review of monetary policy, the OECD said the nation’s budget system needed to be “buttressed” given the hit delivered to federal government finances by the pandemic.

It found that while Australian public debt was low compared to most OECD nations, a 1 percentage point increase in average interest rates would increase the public debt to GDP ratio by 5.5 per cent, or close to $150 billion, by 2032. Gross government debt last week reached a record $842.3 billion.

While the federal government has a medium-term budget repair strategy that commits to “stabilising and then reducing gross and net debt”, the OECD said more stringent targets such as specific timeframes or measurable economic outcomes were needed. Those targets would be overseen by the independent Parliamentary Budget Office.

“The government could strengthen the transparency and accountability of fiscal policy by explicitly requiring an independent fiscal institution to regularly evaluate and monitor the fiscal strategy,” it said.

It said there should be a further lift in the JobSeeker payment to the unemployed on top of the $25-a-week increase put in place earlier this year.

“Rethinking institutional frameworks related to fiscal and monetary policy, ensuring the social safety net is adequate and that the financial sector supports household financial resilience will better prepare the economy for future shocks,” it said.

Treasurer Josh Frydenberg said in a statement the review had confirmed the government’s plan was working while the nation’s economic fundamentals remained strong.

“The Morrison government will continue to support the recovery so that the Australian economy can bounce back once COVID-19 related restrictions are eased,” he said.

Mr Chalmers said the government and the RBA needed to work together.

“Labor supports a review of the Reserve Bank’s goals and objectives, tools and levers, processes and public commentary, and we have an open mind about the best way to go about this if we form government,” he said.