The International Olympic Committee for the first time on Thursday posted a photo at the Tokyo Games of an athlete taking a knee to protest racism — ending an apparent blackout of images of the protests on its social media sites and provided to the media.

The IOC will include photos of kneeling activists from now on, said a statement from the organization.

“The IOC is covering the Games on its owned and operated platforms and such moments will be included as well,” the IOC said in a statement Thursday in an apparent change of policy.

The statement followed a report in The Guardian on Wednesday that the committee had issued an edict that no protesting athlete be shown on its social media sites, according to sources.

On the first day of competition Wednesday, not a single photo on the IOC’s Facebook, Twitter or Instagram accounts — or on the committee’s own live blog — showed any protesting athletes. All members of five women’s soccer teams took a knee that day, including the U.S. Women’s National Team and the victorious rival Swedish team.

On Thursday, Tokyo time, the committee posted its first photo on Twitter of an athlete taking a knee: British soccer player Lucy Bronze. Two rival teammates from the Chile team facing her can also be seen kneeling in the photo. (The photo is the second in the sequence of photos in the tweet below.) All members of both teams knelt on the pitch before the match Wednesday.

The IOC also pointedly noted in the post that “teams were kneeling before the competition.”

The New Zealand women’s soccer team also knelt before their match on Wednesday. Members of the rival Australian team remained standing but together held a flag representing the Indigenous people of their nation. Neither protest was shown by the IOC. 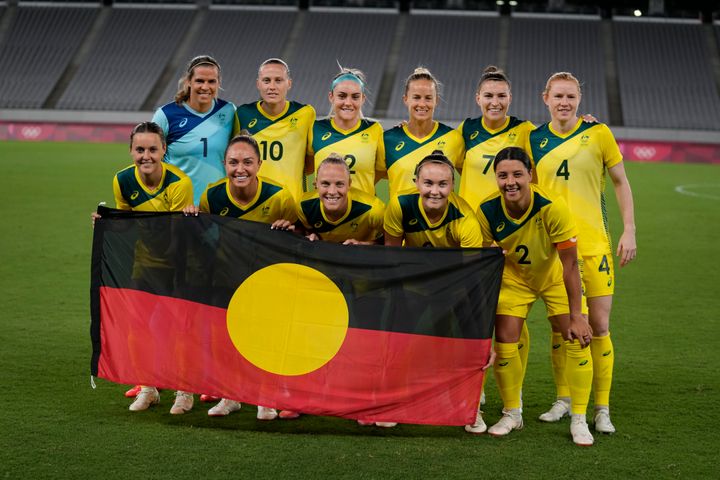 As of Thursday, U.S. time, Bronze and the two unidentified Chile players remained the only ones shown in a IOC post of kneeling players.

The Olympic Committee has been struggling with how to handle athlete protests. Early this month, the IOC eased up on its rules and issued a statement allowing athletes to protest at the Games before competitions. But it reiterated its past position that it’s still not acceptable to protest on the podium during medal ceremonies. It was the third IOC change in the policy in 18 months.

Athletes can still face disciplinary action if a protest gesture is “targeted, directly or indirectly, against people, countries, organizations” — or is disruptive, the IOC said in a statement.

Ironically, among the most iconic photos of the Olympics is one of U.S. sprinters Tommie Smith and John Carlos raising their fists at the 1968 Mexico City Olympics. Photos of Black American runner Jesse Owens, who trounced the competition under the racist eye of Adolf Hitler at the 1936 Berlin Olympics, are also among the most published in history. Owens won four gold medals in track and field that year, dashing Hitler’s myth of an Aryan master race. 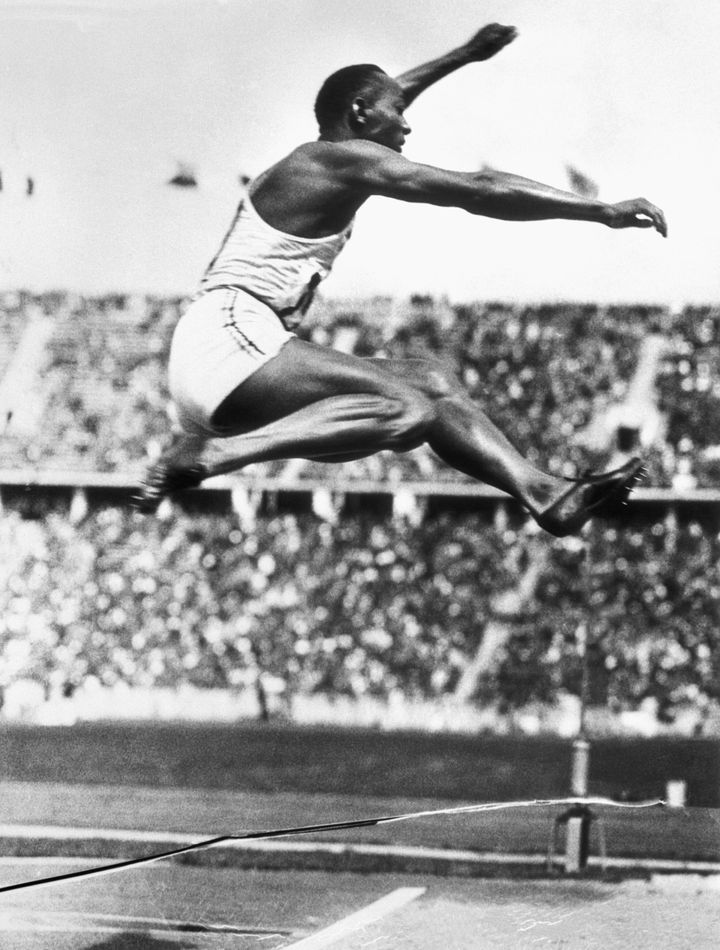 The U.S. Olympic and Paralympic Committee this year changed its rules to allow domestic “respectful” demonstrations on racial and social justice,” according to an open letter to athletes by committee CEO Sarah Hirshland, who called U.S. athletes a “powerful force for good.”