Overlooked No More: Gertrude Benham, Who Climbed the World One Mountain at a Time

Overlooked is a series of obituaries about remarkable people whose deaths, beginning in 1851, went unreported in The Times.

If ever a pair of boots could reveal their wearer’s life story, it might be those of the intrepid mountaineer Gertrude Benham.

Benham’s boots, made of brown leather and on display at the Plymouth City Museum and Art Gallery in Britain, are so worn that the creases on their sides look like hundreds of tiny walking trails.

One step at a time, they led her to destinations that few of her contemporaries ever had the guts or gall to visit.

These trusty companions were, she once wrote, “worn by me on my tramps to Leh,” referring to the old Himalayan trading town in Northern India. She would continue through the Himalayas and the Indus River towns along the silk route to China.

Eventually, Benham would scale more than 300 peaks in her lifetime.

One of her most harrowing treks was in 1909, when she and her porters hiked up Mount Kilimanjaro in Tanzania.

Attempts to summit Kilimanjaro by Europeans had begun in the 1860s, but it was one of the most treacherous of any climbs — even more so than today, when climate change has reduced the risk of sudden blizzards. When Benham set out, a passing unit of German soldiers warned her that the climb hadn’t been completed “by any Britisher, man or woman, and very seldom by anyone else,” wrote Ray J. Howgego, Benham’s biographer and the author of “Encyclopedia of Exploration 1850 to 1940: The Oceans, Islands & Polar Regions.”

Then, partway into the journey, her party passed a heap of skeletons. The porters turned back out of fear that the bones were a sign of “evil spirits,” Howgego wrote, leaving her to finish the climb on her own.

To Benham, the views from the summit had been worth the risk.

“My first feeling up there was that of being absolutely on top of the world,” she told The Daily Mail in a 1928 interview.

Benham’s thrill for climbing and enjoyment of the outdoors started at a young age.

Gertrude Emily Benham, or Truda for short, was born in July 1867 in the Marylebone section of London, the youngest of six children of Frederick and Emily Benham. Her father was an iron manufacturer.

Throughout her childhood, she accompanied him on summer trips to the Alps. After roving the Swiss countryside and trekking up the Matterhorn she was “bitten with a love of mountains,” she told Marjorie Hessell Tiltman, the author of “Women in Modern Adventure” (1938). It was a feeling that would stay with her for the rest of her life.

Benham cared for her aging parents until she was 36, but when her father died in 1891 and her mother in 1903, she resolved to satisfy her travel itch. She took the small inheritance that her parents had left her and went to Canada, enticed by advertisements promoting the newly accessible Rocky Mountains. 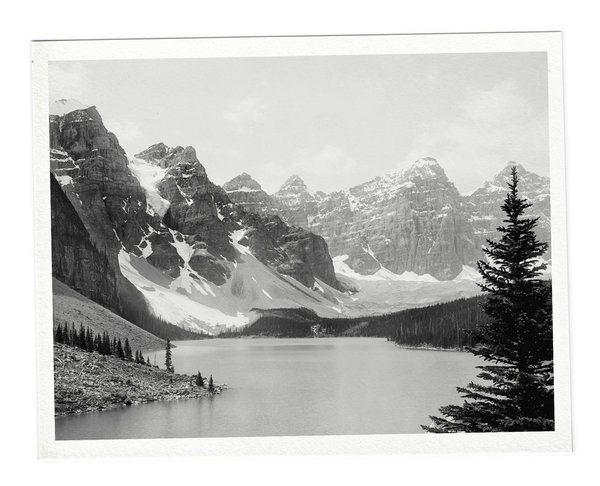 When she arrived, Benham set her sights on the Valley of the Ten Peaks in Alberta. One of the toughest peaks was Mount Fay, named for Charles Fay, an American mountaineer who had yet to climb it.

Fay, the founder of Boston’s Appalachian Mountain Club, made his attempt to scale the mountain around the same time as Benham, but they took different routes and while Fay failed to reach the top, Benham succeeded.

Indignant that his female British rival had beaten him to the peak named in his honor, Fay sought to have a different nearby mountain named for him — only to learn that Benham had already climbed that one as well. Today one of the neighboring mountains is known as Truda Peak, named in Benham’s honor in 1906.

In all her travels — which included seven journeys around the globe and at least three treks on foot across Africa — she was known to have fallen ill only once, when she contracted malaria in Calcutta after sleeping under a torn mosquito net. She even avoided cholera when the disease was circulating aboard her ship as she crossed the Bay of Bengal during a cyclone.

She was known for being self-sufficient — “a jack-of-all-trades,” as she wrote, “as well as sketching, botany, and writing.”

She funded her trips with a budget of around 250 pounds a year, or about $13,000 in today’s dollars, trading embroidery and calico for food along the way. For entertainment, she carried a few books: a pocket Shakespeare (for drama), Richard D. Blackmore’s “Lorna Doone” (for romance) and a copy of the Bible (for spiritual uplift).

She displayed little interest in the conventions of her peers — she never married, for instance — but her adventurous lifestyle did not always gain her favor.

Her efforts to enter Tibet by a forbidden route several times led the Anglo-Indian administration to create a special file on her. In one of many letters Benham wrote on the matter, she tried to convince officials that she wasn’t, as they believed, a nettling persistence. Rather, she wrote that she was “a very quiet and harmless traveler.”

Benham documented her treks with journals, sketches and photographs, many of which are on display alongside her boots at the Plymouth City Museum and Art Gallery. She also collected plants along the routes she hiked. She was elected to become a member of the Royal Geographical Society in 1916, a prestigious academic network that funded and published geographical research. But she resigned within six months, after her lively descriptions of local people and scenic views rankled the more science-minded writers at the Society.

Benham’s last expedition was in 1935 to study the natural landscape of an archipelago in the South Pacific Ocean. Her plan was to then take one last trip around the globe before settling down on Britain’s South Coast.

Three years into the journey, however, she died aboard a ship off the coast of East Africa.

The exact circumstances of her death are unknown, but what appears to be certain is that to the very day she died, in February 1938, she maintained, as she put it, “the spirit of wanderlust that has entered my soul.”