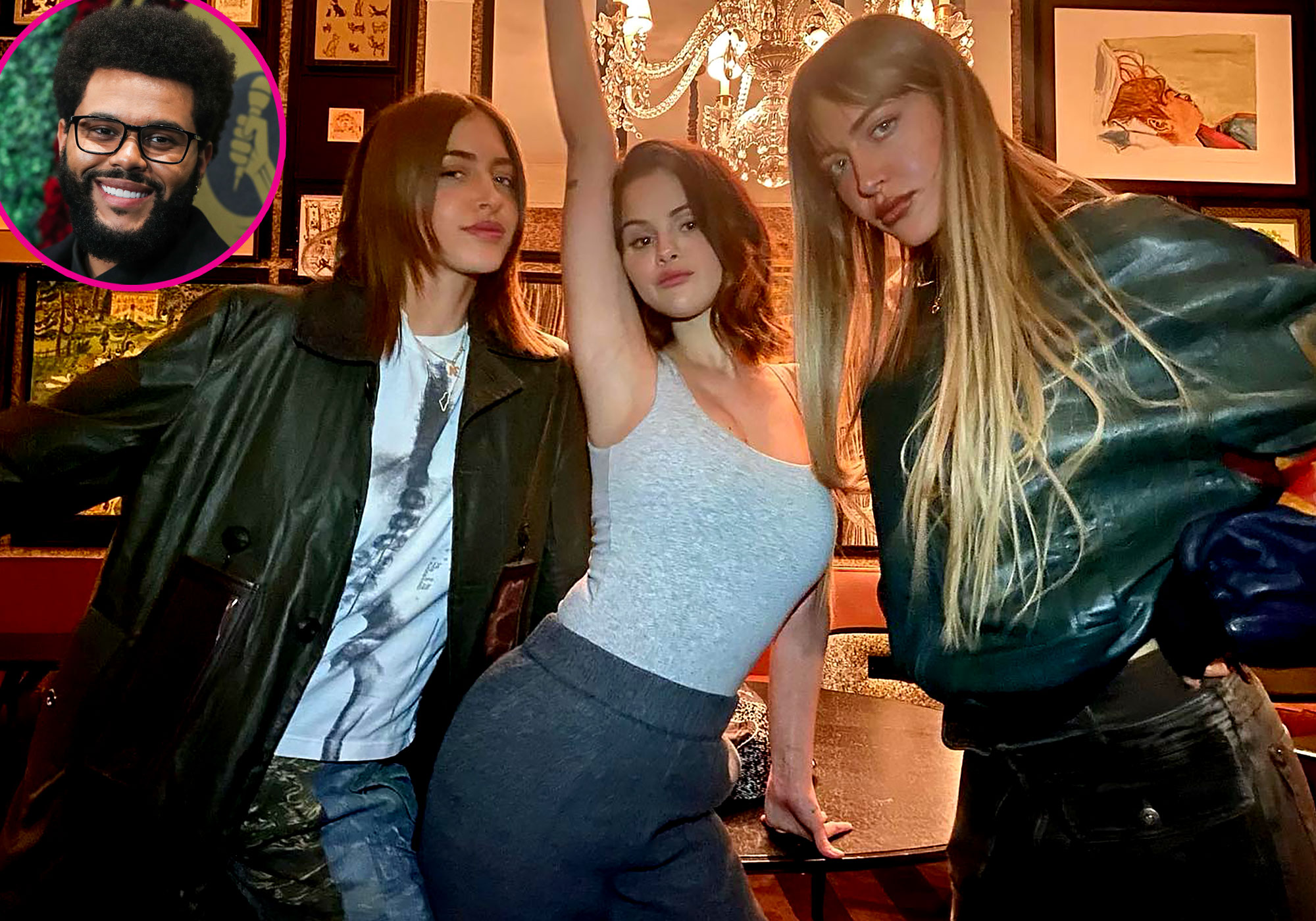 Small world? Selena Gomez and Simi Khadra, who have both been linked to The Weeknd, threw fans for a loop by revealing their years-long friendship.

Blinded by Love! The Weeknd’s Dating History Through the Years

“Since 2013 💙,” Gomez, 29, wrote alongside Instagram photos of her with Simi, 28, and Haze Khadra on Thursday, February 24. The trio posed for the camera in the first shot before breaking out into laughter in the second snap.

The surprise social media post comes after Simi was spotted kissing the Disney alum’s ex in Las Vegas while celebrating his birthday. The duo were seen packing on the PDA while at Delilah in Sin City on Saturday, February 19. In a video obtained by TMZ, Simi and The Weeknd, 32, got cozy at the event, whose guest list also included Future, Tristan Thompson and Drake.

The Grammy winner’s night out raised eyebrows after eagle-eyed social media users discovered that the Simi Haze Beauty cofounder was previously close friends with his ex-girlfriend Bella Hadid. The 25-year-old model, for her part, seemingly unfollowed Simi and her siblings amid the rumored romance.

Gomez, however, appears to be on good terms with her longtime friend despite their shared history with The Weeknd. The Only Murders in the Building star and the “Blinding Lights” singer started dating in January 2017 and made their red carpet debut as a couple at the Met Gala four months later.

In November 2017, Us Weekly confirmed that the pair had called it quits. Following their split, Gomez briefly reconciled with Justin Bieber, whom she dated on and off from 2011 to 2018. After Bieber, 27, and the actress broke up for good, the “Yummy” crooner went on to marry Hailey Bieber (née Baldwin) in September 2018.

Shortly after the “Dance Again” songstress ended her relationship with The Weeknd, she opened up about how they managed to stay on good terms, telling Billboard in November 2017, “Something that I’m really proud of is that there’s such a true friendship [between us]. I truly have never experienced anything like that in my life. We ended it as best friends, and it was genuinely about encouraging and caring [for each other], and that was pretty remarkable for me.”

The Weeknd, for his part, rekindled his off-on romance with Hadid in April 2018 before the former couple officially pulled the plug on their romance one year later. The Canada native later sparked dating speculation with Angelina Jolie when they were spotted together multiple times in July 2021.

A source exclusively told Us that the duo formed a connection because the filmmakers children are fans of the songwriter. Jolie, 46, shares Maddox, 20, Pax, 18, Zahara, 17, Shiloh, 15, and twins Knox and Vivienne, 13, with ex Brad Pitt.

“They’re crazy about him and they love him and his music. They’ve all become quite buddy buddy, and the kids find it so cool that their mom has a connection with The Weeknd,” the insider shared last month.