The nightmare before Christmas! Kansas parents accidentally COOK their three Elf on the Shelf dolls after hiding them in the oven – leaving the toys a charred, melted mess

A Kansas couple learned the hard way that their creativity with Elf on the Shelf could come back to burn them — and burn the elves, too.

Chelsea and Matt Hightower like to have fun staging their kids’ Elf on the Shelf dolls during December, but their most recent plan for the toys left them with three very charred Santa’s helpers.

The Overland Park couple left the three elves inside their oven one night and forgot about them in the morning — until Matt turned the oven on with the elves still inside. 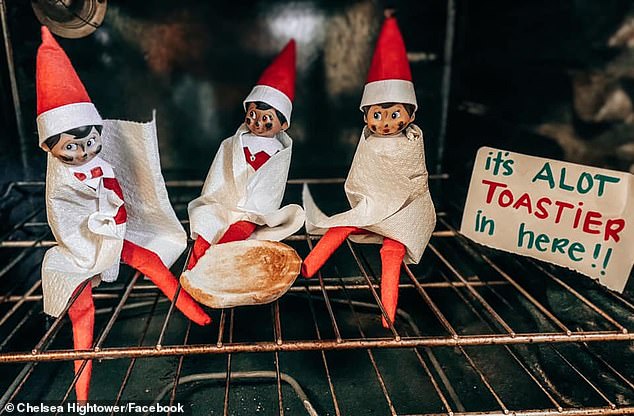 Whoops! Chelsea and Matt Hightower from Overland Park, Kansas left their three Elf on the Shelf toys in the oven overnight — and forgot about them 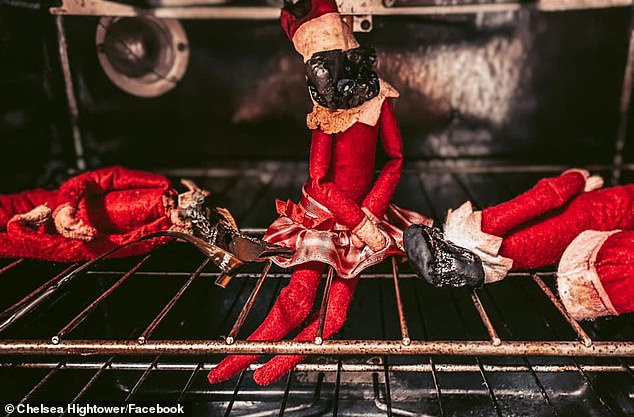 Elf in the Coffin: In the morning, Matt turned the oven on — and turned the elves into charred, melted messes

Chelsea and Matt had three Elf on the Shelves dolls, one for each of their three kids:  nine-year-old Braelon, six-year-old Mattilyn and four-year-old Quinlan.

The couple take turns setting up the elves every night, and recently Chelsea hid them in the fridge.

The next day, Matt put the trio of elves in the oven so ‘they can get warm in there.’

He smudged a little black soot on their cheeks, wrapped them in paper towel blankets, and propped them on on the center rack around a toasted bun — and then went to bed.

Matt put the elves in the oven, along with a sign “It’s a lot toastier in here!” and then the two went to bed.

The next morning, Chelsea got up and went to Target — where she got a call from her husband.

‘I knew something was wrong when he answers, “Babe…I feel really bad. I feel horrible. I cooked the elves,”’ she told Fox News.

Matt had turned the oven on, forgetting that the elves were still inside. As the oven got hot, they began to melt.

In a photo the couple took, the elves’ faces have turned into black, melted blobs, the whites of their outfits are seared, and two have fallen over on their sides.

‘I had just bought our third elf last week,’ Chelsea went on. ‘I came up with this idea that [my kids] can each have their own elf one day when they grow up and have their own families.’ 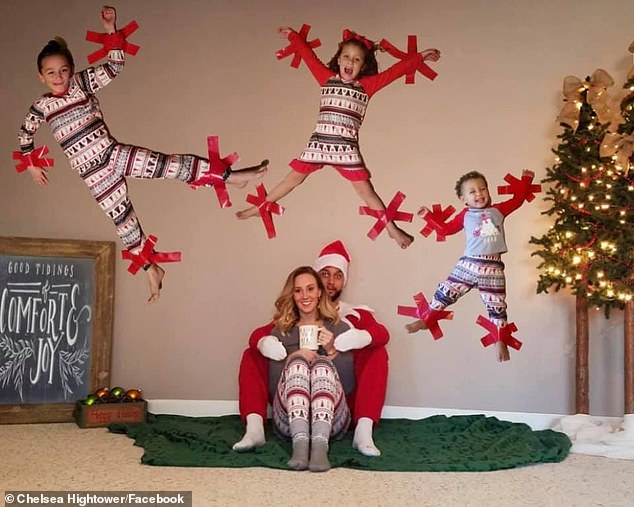 ‘I knew something was wrong when he answers, “Babe…I feel really bad. I feel horrible. I cooked the elves,”’ Chelsea said 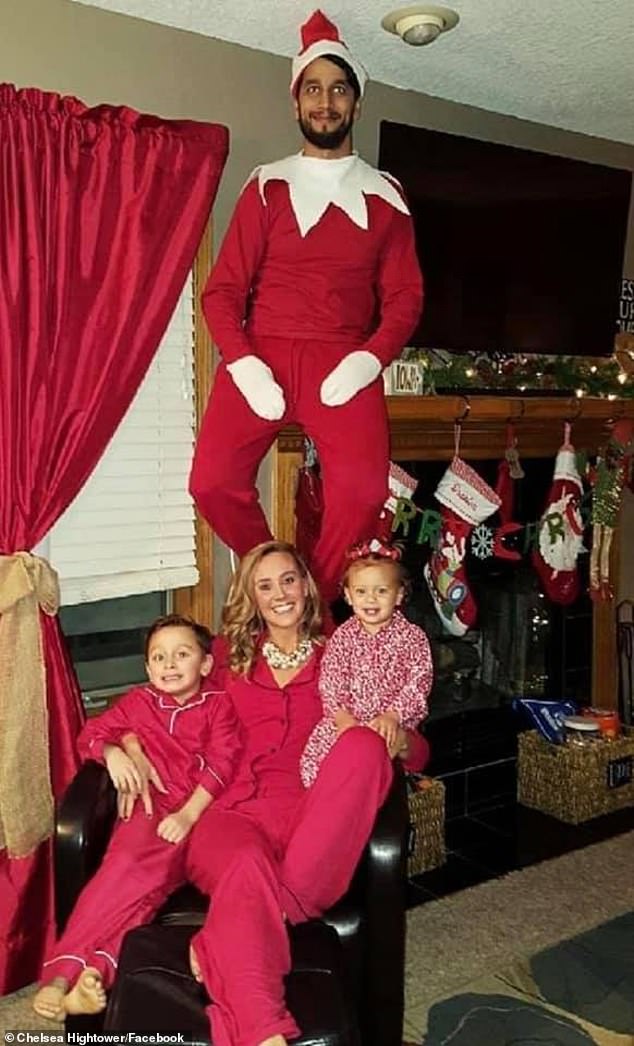 Christmas fun: The family has dressed up for an Elf on the Shelf theme picture in the past

Chelsea shared pictures of the elf massacre on Facebook with the caption: ‘Parent lesson #48,573,728,485: don’t forget the elves were in the oven!’

In a follow-up post, she added that while Jingle, Belle, and Magic the elves were fried, ‘the Elfspital got them in quickly & they are expected to make a full recovery after several hours of shopping the whole KC area reconstruction & rest!’

Unfortunately, shopping for new Elf on the Shelf dolls in December is no easy task, and Chelsea had to visit three Targets, two Michael’s stores, and a Barnes & Noble to find replacements.

‘I drove around for four hours,’ she said.