In December 2015, when the Paris climate accord secured the first-ever agreement by almost all nations to cut greenhouse emissions, the phrase doing the rounds of the summit's backrooms was whether it was merely “the mountain that gives birth to the mouse”.

Five years on, we can see that if the deal was just a rodent, it's finally growing in size and may even develop sharp teeth. 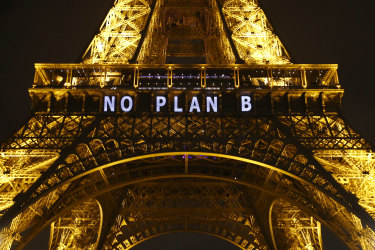 Five years on from Paris, there is still no alternative to reducing global greenhouse gas emissions.Credit:AP

Last weekend's Climate Ambition Summit 2020 showed that even in the midst of the coronavirus pandemic, many countries, if not yet Australia, were starting to set goals to fully decarbonise their economies.

Some, such as the European Union and its erstwhile member, the United Kingdom, also lifted their 2030 ambitions ahead of next year's Glasgow climate summit where all nations will be pressed to accelerate their carbon-cutting commitments.

The US's return to the Paris Agreement once President-elect Joe Biden takes office on January 20 will only add momentum. By a calendar quirk, President Donald Trump's 2017 decision to exit Paris only took effect the day after he lost last month's election, making it seem like the world's second-biggest emitter had never left.

That the Paris deal would prove resilient to the vicissitudes of international affairs won't come as a complete surprise to those who weathered the fortnight of wrangling at the Parc des Expositions outside the capital.

For one thing, the talks took place in the shadow of a spate of terrorist attacks just weeks earlier that left at least 130 dead at the Bataclan Theatre and other sites around the French capital.

Crowds of delegates and observers had to endure long security delays each day as they huddled in the icy wintry winds before they could enter the confab grounds. 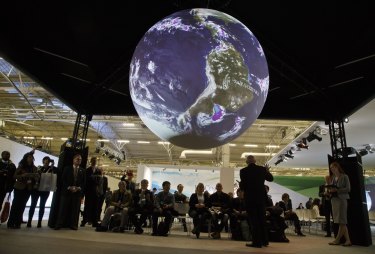 The US exhibition at the 2015 Paris climate summit: the return of a Democrat in the White House will add to the global momentum to act.Credit:Michel Euler

While it was clear national pledges were always going to fall far short of the level needed to keep global warming at "well below 2 degrees" compared with pre-industrial times, it was the deal-making on the sidelines that has arguably delivered far more than governments have.

Emma Herd, newly appointed as the chief executive of the Investor Group on Climate Change at the time of the summit, remembers being surprised at the turnout to a business event that generated fewer headlines but has been critical to the persistence of the Paris accord since.

The launch of the so-called "Task force on climate-related financial disclosures" put banks, companies and investors on notice that they would have to reveal their emissions but also their exposure to the impacts of climate change. One prompt was to avoid a repeat of the systemic failure to identify debt risk that triggered the global financial crisis in 2008. 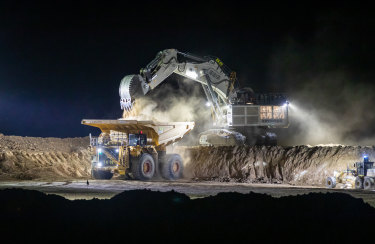 Investors are increasingly demanding of major companies that they reveal both their carbon emissions but also their exposure to climate change.Credit:Cameron Laird

Those financial gears have been shifting ever since, with repercussions far and wide.

Had Herd been asked in 2015 whether all four major Australian commercial banks would have net-zero ambitions and a clear retreat from lending to coal mines by now, she says she would have replied: "No way can we do it that quickly."

Add in the billions of dollars pouring into renewable energy and electric vehicles and a low-carbon transformation is no longer science fiction but economic fact. 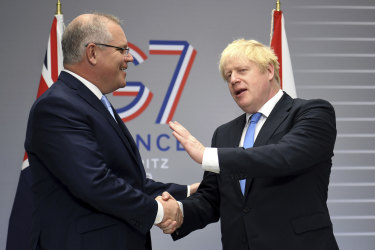 Turns out there were no special favours from British Prime Minister Boris Johnson, right, to his Australian counterpart Scott Morrison.Credit:PA

Richie Merzian, who didn't attend Paris but has worked as an Australian diplomat or observer at other so-called Conference of the Parties, or COPs, singles out other sub-national players such as states and cities that have set their own ambitions, often far exceeding their own nations.

And so at the 2017 COP23 in Bonn Germany, not long after Trump had announced the US exit from the Paris accord, there was a "massive" delegation of US states, saying "we're still in", Merzian says.

Australia is no exception. All states and territories have a net-zero target by 2050 (the ACT going earlier at 2045), even as the Morrison government refuses to countenance a national one, but will no doubt claim credit for any emission reductions bubbling up from below, Merzian adds.

According to the well-regarded Climate Action Tracker, the recent wave of commitments puts the Paris goal "within striking distance". Still, that assumes the governments' actions match their promises.

If not, the world is headed for almost 3 degrees of warming by 2100.

In the years since 2015, Australia has endured three mass coral bleaching events in the Great Barrier Reef, record bushfires and a severe drought, while the world has notched up its hottest five years on record and 2020 is certain to extend the run.

On that score, we had better hope that the Paris mouse gets a heck of a lot bigger, and soon.

Peter Hannam covered the 2015 Paris conference for the Herald and The Age in partnership with the UN Foundation.