Patrick Beverley reportedly said ‘No, I pay your salary’ when the head of the NBA players’ union tried to speak in a meeting, but his Clippers teammate denied it ever happened 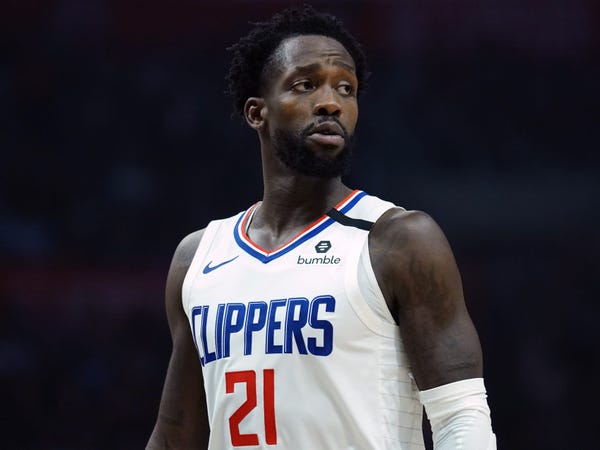 Patrick Beverley has long been known for his flamboyance on the hardwood, but the Los Angeles Clippers guard is now in hot water for his impudence off the court.

According to reporting from Yahoo Sports' Chris Haynes, the 6-foot-1 guard was one of many contention sources during an "ugly" meeting in the NBA bubble at Walt Disney World in Orlando, Florida, Wednesday night. Hours after the Milwaukee Bucks spurred a league-wide strike to protest the police shooting of Jacob Blake, NBA players and staffers met to discuss the future of the season and ways they could most effectively catalyze changes in the realm of social justice.

While weighing the pros and cons of continuing the season as a group, NBA players union Executive Director Michele Roberts attempted to inform players of the financial repercussions they could face should they choose to abandon the bubble and forgo the remainder of the season. And as she was speaking, Beverley cut her off to assert that he "disagreed with her logic," according to Haynes.

Beverley further interrupted Roberts multiple times as she tried to make her point in front of the group, and when she eventually asked if she could finish her explanation, Beverley dismissed her outright.

"No, I pay your salary," Beverley said, per Haynes' sources.

The curt remark sparked "an uproar" with some of Beverley's fellow players, including NBPA President Chris Paul and veteran Miami Heat forward Udonis Haslem, and helped prompt the group's decision to reconvene the following day when everyone had cooled off.

But according to Beverley's teammate, Clippers center Ivica Zubac, the scene in question never transpired. Zubac took to Twitter Friday morning to defend Beverley, claiming that "Pat never said anything like this."

Though she did not directly confirm that Beverley had made the comment about Roberts' salary, Bleacher Report's Taylor Rooks said she spoke to some players who seconded Haynes' claims that Beverley and Roberts had a "moment."

After Haynes published his inside look at the meeting, NBA fans took to the internet to condemn Beverley for the rude comments, with many taking issue with the fact that he would speak down to a Black woman while discussing racial justice issues.

After further deliberations, NBA players agreed Thursday to continue with the season. It still remains unclear when teams will return to the floor for the remainder of the playoffs.