People take to Mumsnet to reveal their hysterical lapses in knowledge

A woman sparked a lively online thread about ‘things people didn’t know’ after revealing she only recently discovered tampons shouldn’t be flushed down the toilet.

The British mother took to Mumsnet to reveal that she felt like ‘a bit of an idiot’ for not realising that you shouldn’t flush tampons down the toilet and admitted she has been flushing them for 14 years.

One person admitted that they didn’t realise narwhals were real animals, while another confessed she thought Sherlock Holmes was a real person. 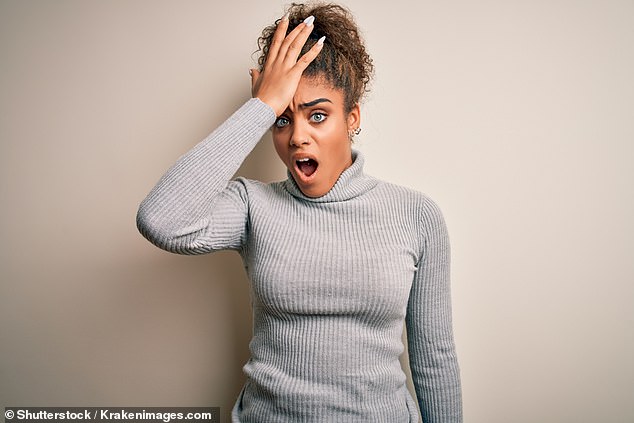 Posting to Mumsnet, a British mother revealed she felt like ‘an idiot’ for flushing her tampons down the toilet for 14 years without realising you should bin them

Starting the debate, the woman, who posted under the username cwtchesandprosecco, penned: ‘What have you recently realised that’s made you feel like a bit of an idiot? Mine is that I didn’t know you shouldn’t flush tampons down the toilet.’

She admitted she only discovered the truth after a friend spoke to her about emptying her bathroom bin and she took to Google to find out the truth.

She continued: ‘So, what have you have you learnt recently that you definitely should have known before?’

Tampons are commonly binned instead of flushed down the toilet because they can clog up the plumbing system as they do not break down easily. It is also bad for the environment to flush tampons.

The debate prompted floods of other people shared the gaps in their own knowledge, with one person admitting they didn’t know that narwhals were real. 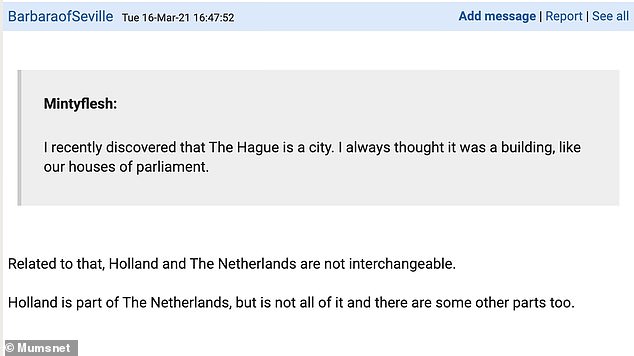 The user hilariously said that they were 35 years old when they realised that narwhals were not ‘mythical beasts’ because they had always believed they were the ‘marine equivalent of unicorns’.

Narwhals, which are often dubbed the unicorn of the sea, are whales that have a large spiralled tusk protruding from their heads, which can grow up to 10 feet.

One Mumsnet user, posting as mintyflesh, revealed that they only recently realised that The Hague was a city in the Netherlands, as they always believed it was just a ‘building’.

They admitted: ‘I recently discovered that The Hague is a city. I always thought it was a building, like our houses of parliament.’

Another person, known as BarbaraofSeville, said that they had always believed that Holland and The Netherlands were ‘interchangeable’.

Holland, which is used by many English speakers to refer to the entire country, only refers to two provinces in the country while The Netherlands refers to the country as a whole. 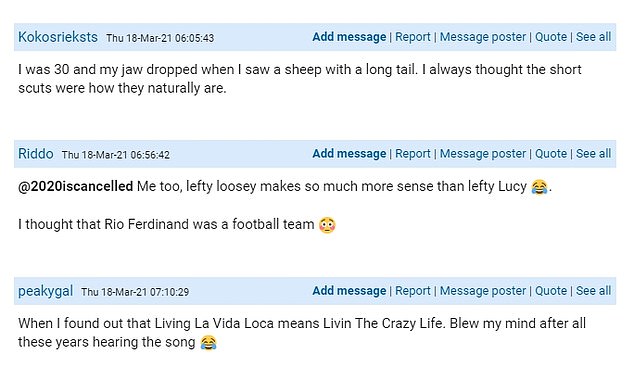