Don’t panic! He’s the expert who’s got every Covid prediction right. Now read PHILIP THOMAS’s peerless analysis of the new infection fright – and why there’s nothing to fear

Sajid Javid’s warning this week could not have been more stark. With rates of infections from Covid now rising fast, the Health Secretary said, Britain is on course to top 100,000 infections per day in the coming weeks.

That is a huge number — it would far exceed the near-70,000 daily rate reported at the height of the winter wave last Christmas — and has brought with it the inevitable doom-laden calls for a reinstatement of restrictions such as masks, social distancing and even more lockdowns.

As a mathematician, however, I can tell you that numbers alone do not always tell the whole story — and they certainly do not in this case.

Too much has changed since the dark days of last winter.

As this newspaper has reported, Britain’s world-beating vaccination programme has broken the chain between infections and rates of serious illness and death.

Instead of bowing to calls to reimpose restrictions — with their own devastating impact on the nation’s health and finances — the Government must press ahead with its booster programme, which has, regrettably, been slowing (file image)

Indeed, a study this week by the Italian National Health Institute makes it abundantly clear: people who are fully vaccinated against Covid are highly unlikely to die of the disease unless they are both very old and already ill.

And let’s not forget, protecting the NHS from being overwhelmed with seriously ill Covid patients has always been the sole criteria behind ramping up restrictions, or plunging us into lockdowns.

So, instead of bowing to calls to reimpose restrictions — with their own devastating impact on the nation’s health and finances — the Government must press ahead with its booster programme, which has, regrettably, been slowing.

Mr Javid is standing firm, for now at least, declaring it critical that those eligible for a third jab have it.

He is right to do so: both clear data and the events of recent months show that the combination of vaccination and a growth in natural immunity have meant the virus has lost much of its sting.

I see no evidence to justify reintroducing any social restrictions — and that has been the case for a while.

Last spring, ahead of the nation’s July 19 ‘Freedom Day’, when almost all remaining Covid restrictions were lifted (which many branded ‘reckless’), I wrote that I did not believe we would see a third wave of any significance.

I was confident in this view because I had developed my own mathematical model at the University of Bristol, which I call the Predictor Corrector Coronavirus Filter (PCCF), to chart and forecast the shape of the pandemic.

It’s proved impressively accurate — far more so than the panic-inducing scenarios formulated by the Government’s advisers at Sage, who warned of rocketing infections if restrictions eased. But it didn’t work out like that, did it? In fact, the opposite occurred — and while infections initially went up, we then experienced a rapid drop at the end of July.

So let’s look at the current situation.

While infection rates have been rising in recent weeks (new cases are running at about 40,000 a day in England) my calculations do not envisage them running much higher than 60,000 a day for England — far short of the predictions we’ve heard this week.

However, the key question is: who exactly is being affected?

Currently, it is mainly high-school children, an age group that hasn’t been vaccinated to the same extent as adults and which is also very unlikely to become seriously ill.

In recent weeks, the proportion of children aged 12 to 16 with Covid has leapt from one in 20 to around one in 12. In stark contrast, just one in 165 of those aged 70 and above currently has Covid. 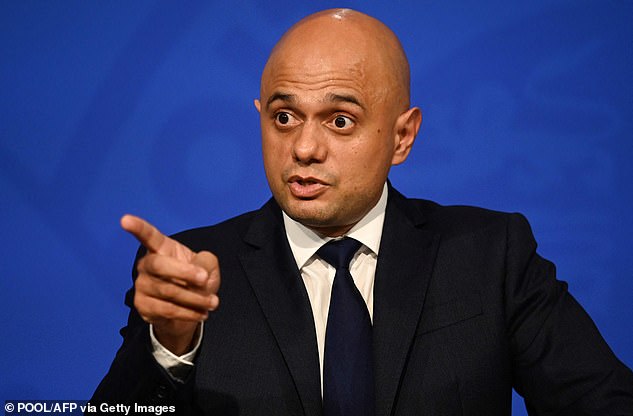 Sajid Javid’s (pictured) warning this week could not have been more stark. With rates of infections from Covid now rising fast, the Health Secretary said, Britain is on course to top 100,000 infections per day in the coming weeks

As we know, it is almost entirely older people who are vulnerable to dying from the virus. That is why hospitalisations and death rates have mercifully not kept pace with the rises in infection.

Indeed, death rates for over-65s are now back to normal for this time of year.

However, it is also true Covid antibodies appear to lose some effectiveness many months after either vaccination or infection with the virus.

It is worth noting that harder-to-measure T-cells — groups of cells that target and destroy viruses — could play as big a role in protecting us as antibodies. But, regardless, a concerted programme of booster jabs can only be beneficial — if not just for the difference they make to infection rates. For instance, yesterday it was reported that in Israel, where nearly half the population has received a booster jab, Covid infection rates have now fallen dramatically from a peak of 10,000 cases per day in September to only around 1,000 cases per day as of Tuesday. The Israeli death toll has also seen a steady decline.

It must also be acknowledged that any rise in infection rates cannot be the only yardstick by which we measure the health of our nation.

Many of those shrieking loudest for the return of restrictions — either in the shape of mask mandates and vaccine passports under the Government’s ‘Plan B’, or harsher measures such as bans on visits between households under a putative ‘Plan C’ — fail to appreciate that a restricted society is also a profoundly unhealthy one.

Meanwhile, Covid is wreaking a tragic legacy on the NHS, with waiting lists soaring alongside the number of patients with serious diseases who have not been given the treatment they need.

Doom-mongers may also point to a possible rise in flu infections this winter, thanks to lower overall immunity as a consequence of lockdowns.

But to those concerns it is worth pointing out that an ambitious flu jab programme is under way for the over-50s.

What’s more, 50,000 deaths a year from flu and pneumonia were not uncommon in the 1990s, before vaccinations were widely given. No one thought of locking down then — and restrictions to regulate non-Covid illnesses would be a concerning new over-reach of the state. 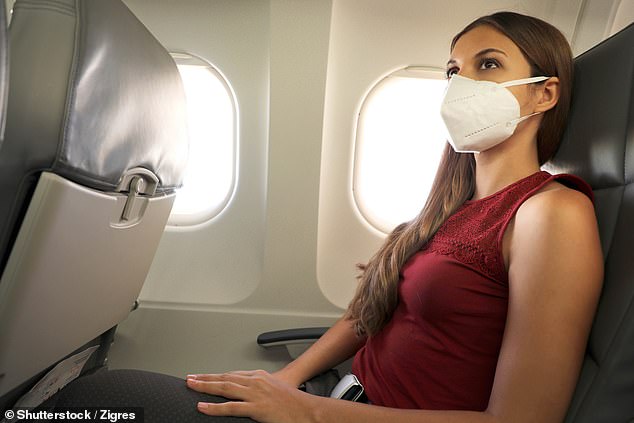 Current number of infections is a huge number — it would far exceed the near-70,000 daily rate reported at the height of the winter wave last Christmas — and has brought with it the inevitable doom-laden calls for a reinstatement of restrictions such as masks (file image

Of course, soaring Covid numbers can look scary — even my PCCF model projects that total active infections could reach 1.2 million by the end of November (slightly above January’s peak) before starting a long fade.

But that number is manageable, as the vast majority would likely be among the under-25s — ensuring hospitalisations and deaths will remain similar to current levels.

So, yes, winter is coming. And, yes, Covid and flu infections will likely rise. But we need not be daunted.

If we commit wholly to this booster programme, then the wall of strong immunity we have developed will be maintained into spring — by which point I am confident we will be able to put the spectre of Covid behind us once and for all.

And as for fresh restrictions: the Government was right to ignore apocalyptic warnings in the summer. They must find the courage to do so again.