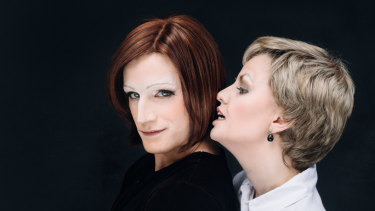 In Gone Girls, Patrick Livesey and Esther Miles play two political foes and while old habits die hard – with catfights over policy, legacy and feminist ideology – their claws retract over discrimination and misogyny, with explosive results.

Political satire used to be a strong suit in Australian comedy. Over the last decade, though, the drama and dysfunction of government has moved beyond parody. How can imitators compete when the real thing has been such a black comic shitshow?

It’s difficult, and while Gone Girls is meticulously researched, it lacks the sharp wit, gift for impersonation and satirical flair to cut through.