Rihanna and boyfriend A$AP Rocky are flying above rumors of infidelity, as they were recently spotted landing in the “Work” singer’s home country of Barbados.

The couple along — with Riri’s entourage — were seen arriving at Grantly Adams International Airport in the Caribbean country Friday night in footage obtained by The Shade Room.

The “Needed Me” artist was seen in a multicolored mini-dress and heels with her hair in a high bun as she and her rapper beau walked out of the airport and hopped into a white sprinter van.

The getaway comes as Rocky was faced with accusations of cheating on the pregnant pop superstar with designer Amina Muaddi, who has since spoken out calling the rumor an “unfounded lie.” 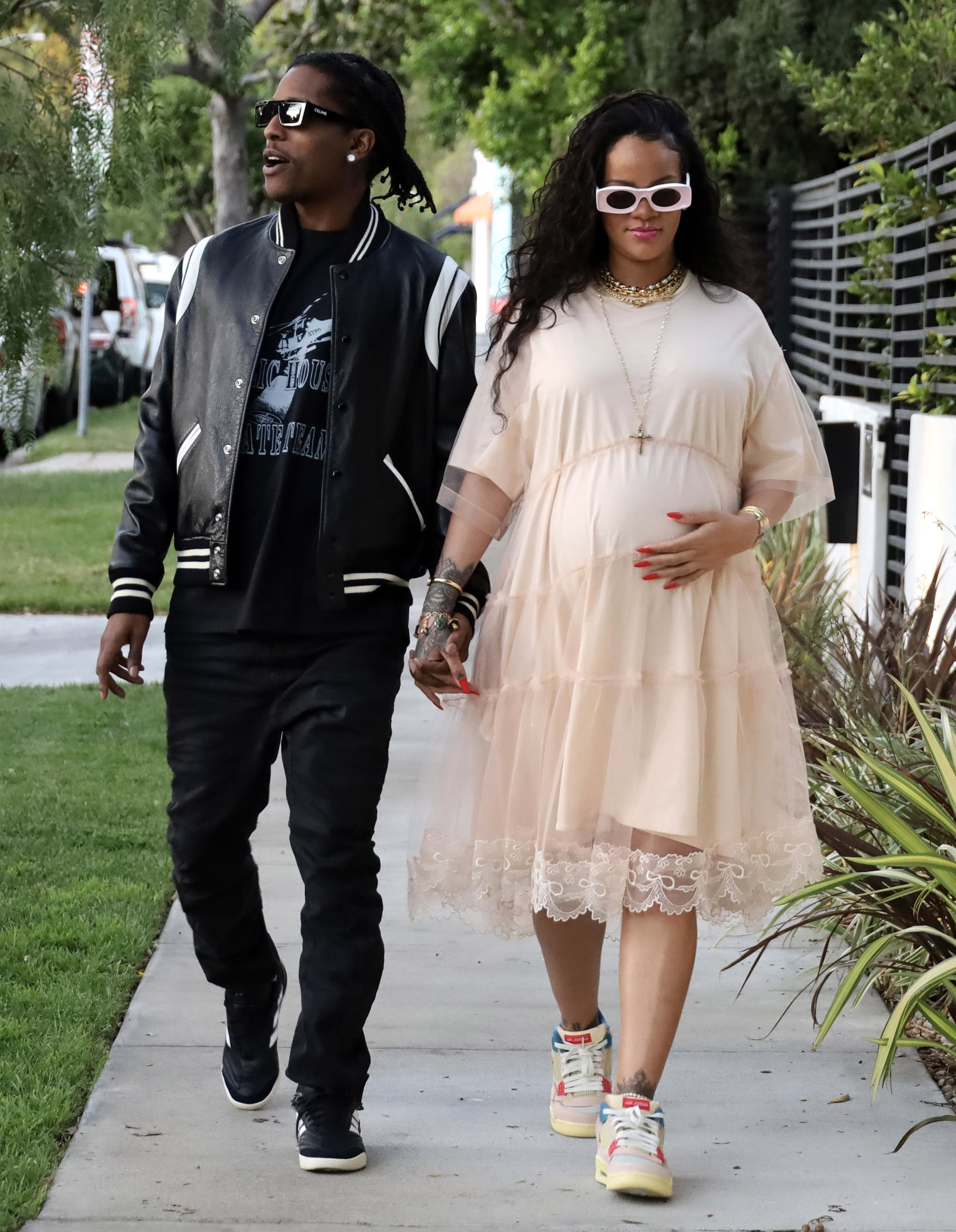 “I’ve always believed that an unfounded lie spread on social media doesn’t deserve any response or clarification, especially one that is so vile,” she began. “I initially assumed that this fake gossip — fabricated with such malicious intent — would not be taken seriously.

“However in the last 24 hr I’ve been reminded that we live in a society that is so quick to speak on topics regardless of factual basis and that nothing is off limits.” 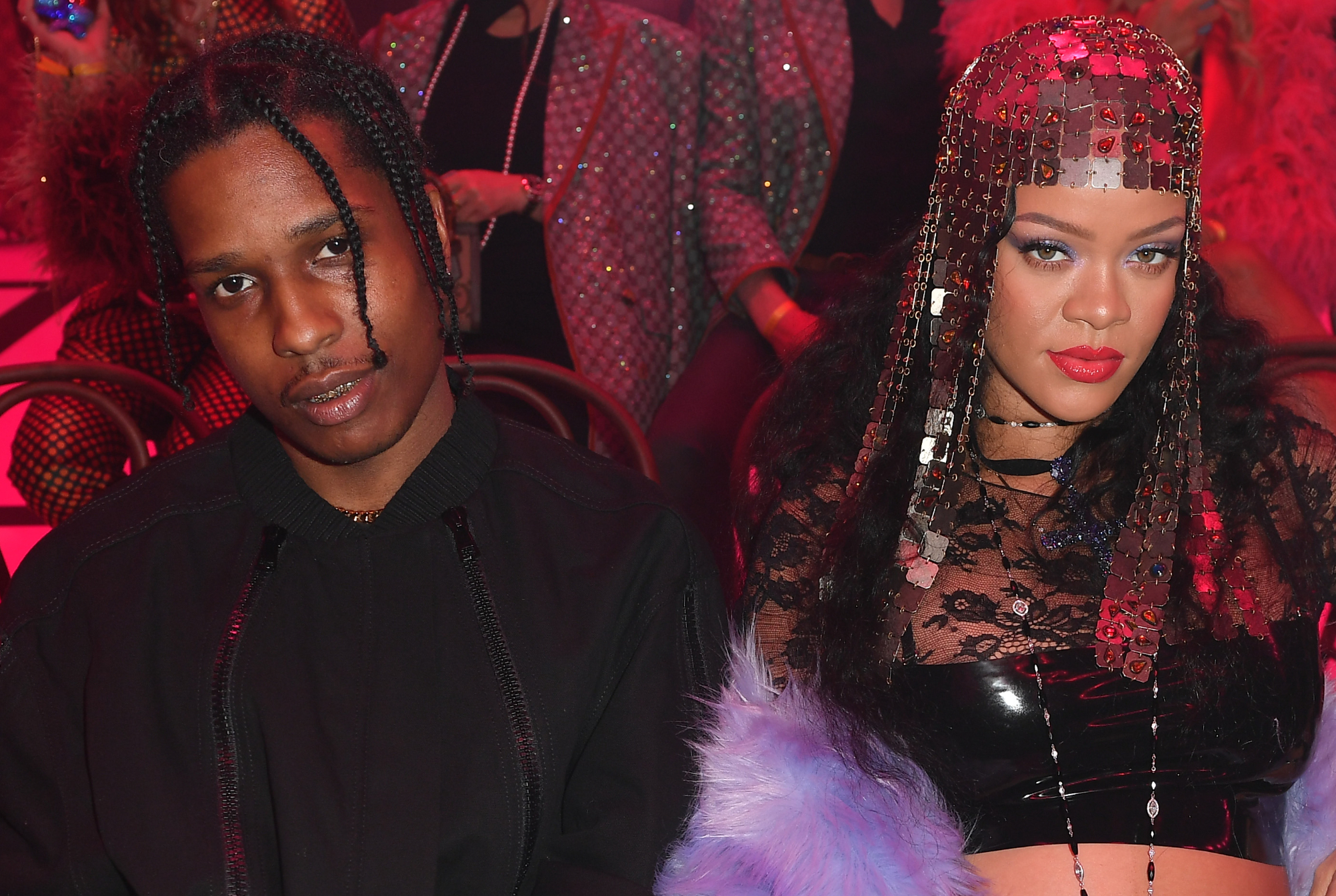 “Rihanna & ASAP Rocky have split. Rihanna broke up with him after she caught him cheating with shoe designer Amina Muaddi,” Pisano alleged, adding, “ASAP & Amina is not new though as she was seeing him years ago and also collaborated with him on a collection of shoes.” 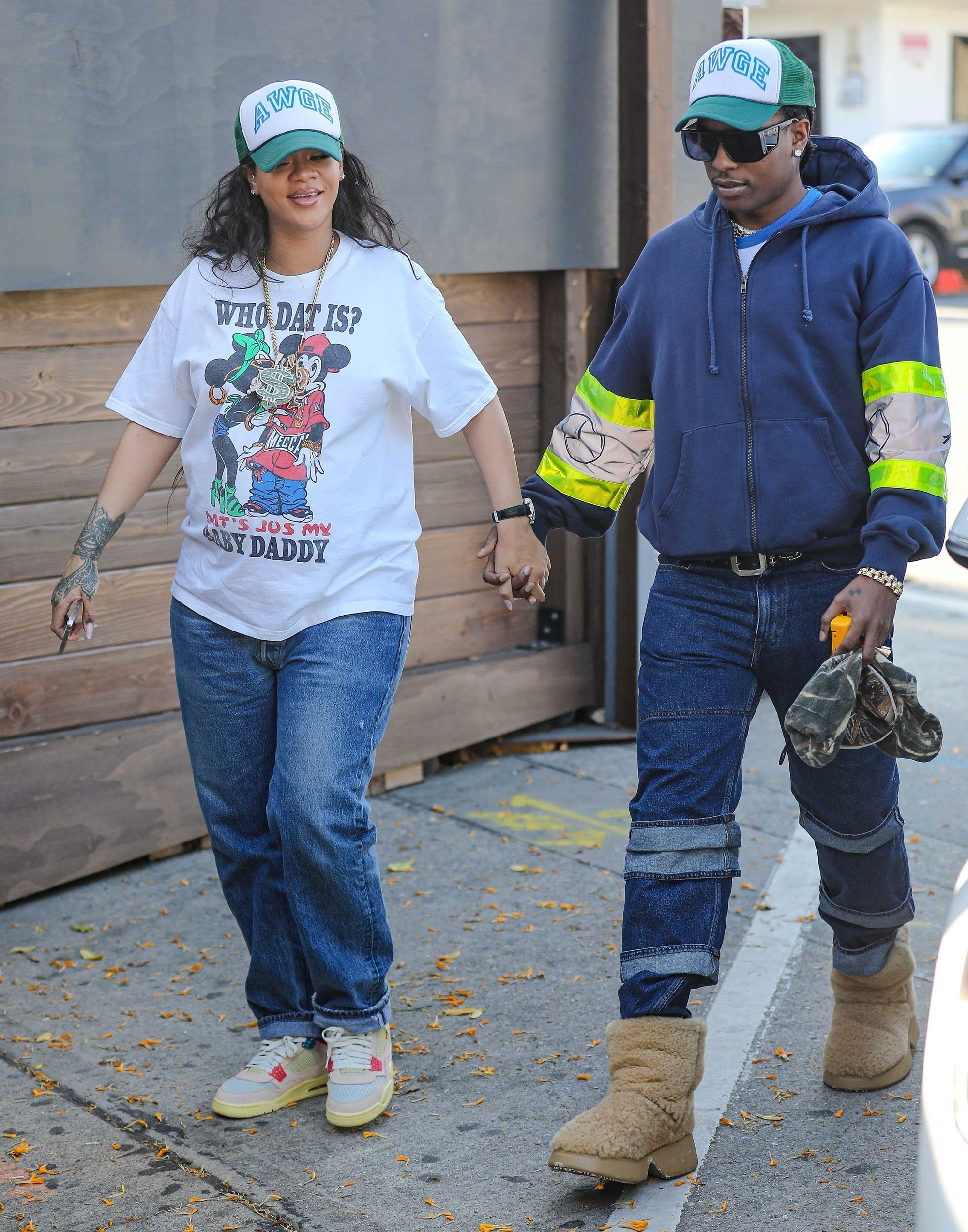 Pisano has since apologized, tweeting Friday, “Last night I made a dumb decision to tweet some information I had received.

“I’m not going to talk about sources, blame others for a discussion that was started, etc because at the end of the day I made the decision to draft that tweet, press send and put that out with my name on it.

“I’d like to formally apologize to all parties I involved with my actions and for my reckless tweets,” they added.

“I have no excuse for it, I’ve been way too wrapped up in Twitter drama and unfortunately leaned into being messy as a brand which is something going forward I am going to move away from.”