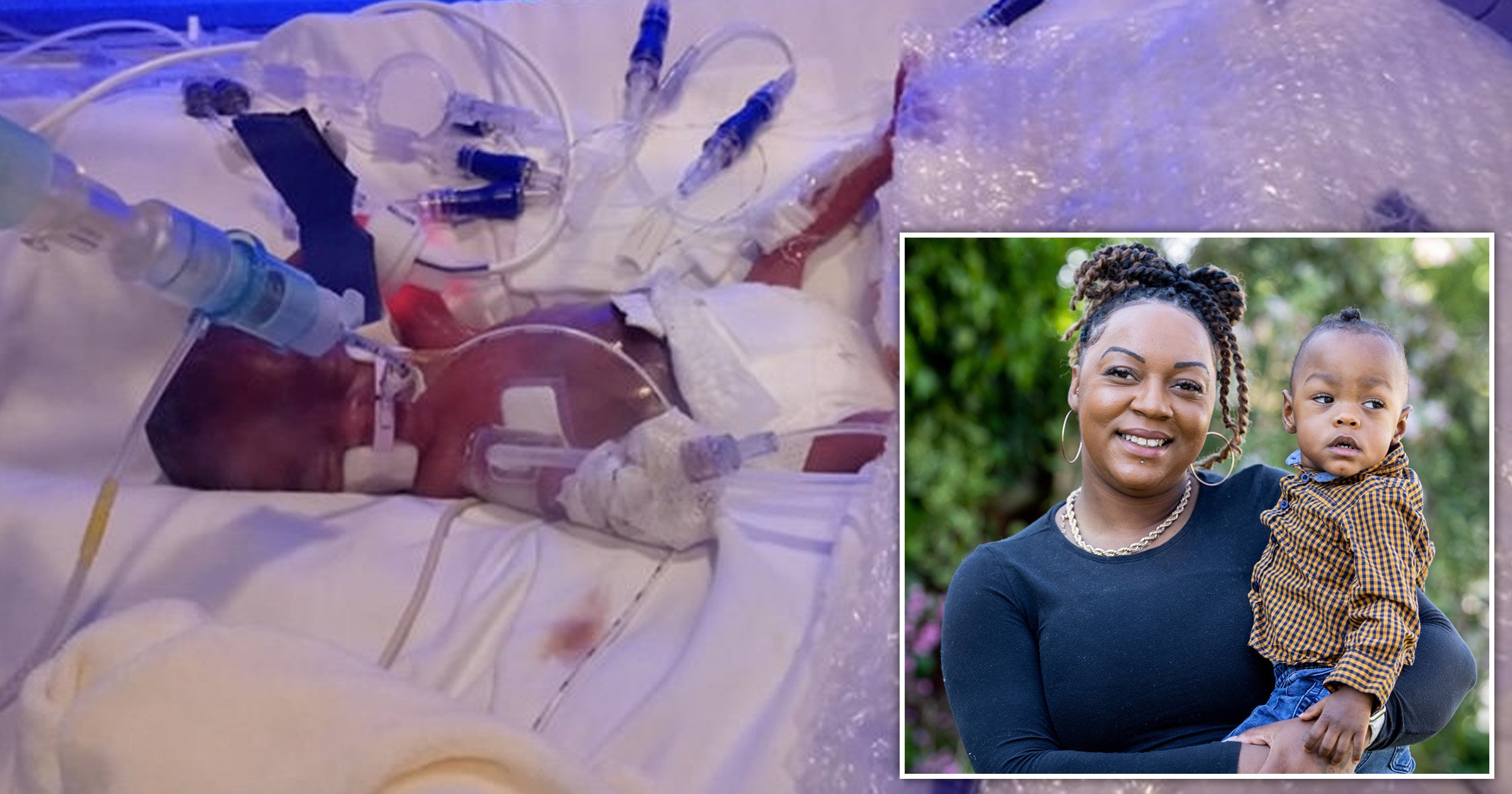 A premature baby, born at just 25 weeks, was so fragile that medics had to place the arrival in bubble wrap to keep him safe and warm.

The newborn weighed just 13oz, so doctors popped him in a sandwich bag to regulate his temperature – a technique that works by mimicking a mother’s womb.

After placing him in an incubator, the team also covered him in bubble wrap.

Larenz was so small when he was first born that his skin was see-through.

Vickie, a driving instructor, said: ‘Larenz looked quite scary when I saw first laid eyes on him.

‘He was so tiny. He was like a little alien with his skin all shiny and see-through.

‘It’s incredible that medics saved his life – by popping him in a sandwich bag and bubble wrap to keep him safe and warm.’

Larenz is one of the smallest babies to be born and survive – and has no developmental problems.

Vickie added: ‘It’s just amazing that nothing was wrong with him and he’s come home healthy and thriving.

‘He’s walking and not delayed at all – it’s amazing.’

Doctors first noticed a problem at the routine 20-week scan, when they saw the couple’s baby wasn’t growing.

When first-time mum Vickie returned with a headache at 21 weeks, medics told her they would have to keep her in and that the baby may need to be born early.

She said: ‘They told me they wanted to keep my baby in my tummy for as long as possible.

‘It was terrifying, I had no idea if my little baby boy would make it.’

At 25 weeks and four days, doctors saw Vickie’s placenta was failing and rushed her in for an emergency c-section.

After the couple’s baby boy was born, he was quickly whisked away to be treated.

Vickie added: ‘When I went down to the neonatal intensive care unit a few hours later I was so shocked at how small he was.

‘He was the same size as my hand and so transparent.

‘He looked all shiny, like he was covered in oil.’

Now Larenz is a happy and healthy one-year-old, weighing 20lbs.

Dad Rohan, a customer service advisor, said: ‘When I first saw Lorenz I was so scared and worried about what the outcome would be.

‘We were just so happy he was alive and to see how he thrives now is amazing.