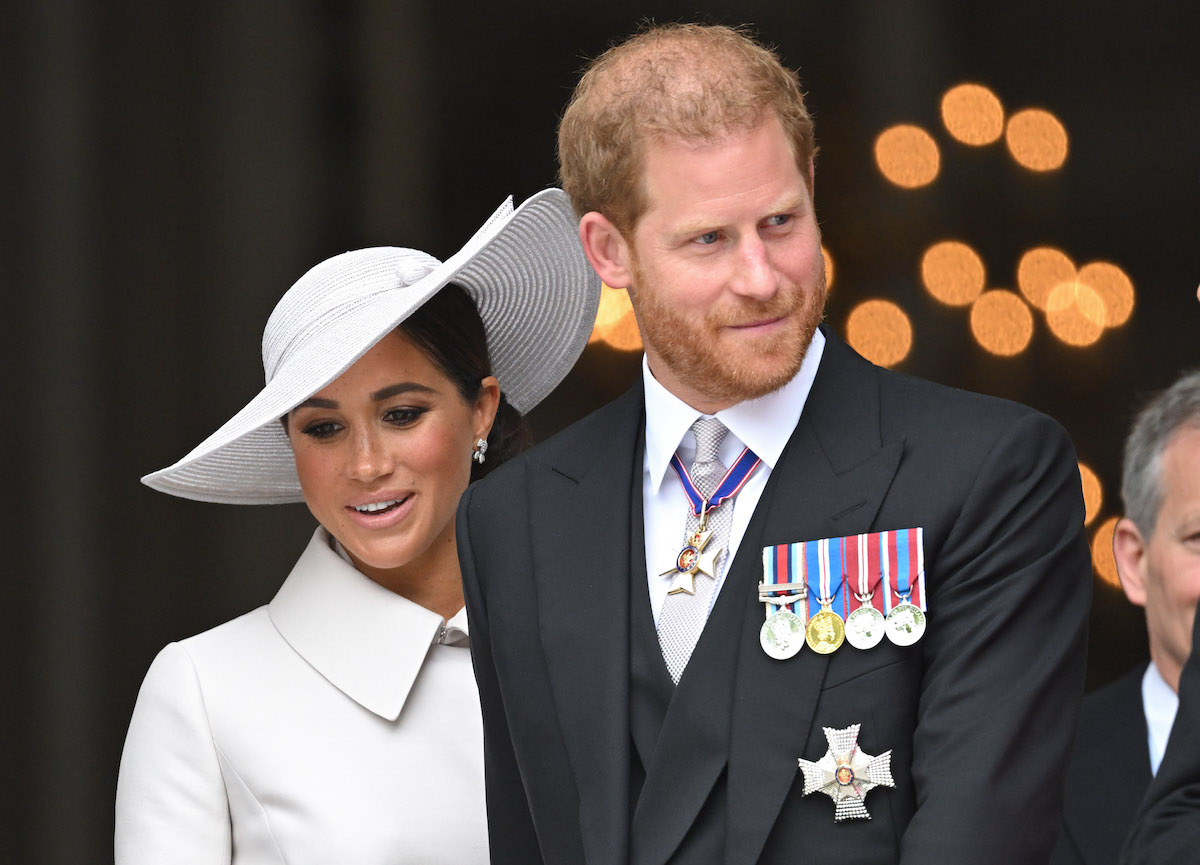 Is Lilibet Diana Mountbatten-Windsor’s first birthday cake on Instagram? Some fans of Prince Harry and Meghan Markle think so. After the couple spent Platinum Jubilee weekend in the UK with their two kids, some eagle-eyed fans noticed what might’ve been Lili’s birthday cake on an Instagram account that has a connection to the Duke and Duchess of Sussex’s 2018 royal wedding.

Lili spent her first birthday in the UK

Harry and Meghan’s daughter’s birthday coincided with their family trip to England for Platinum Jubilee festivities. Lili, who gets her name from Queen Elizabeth II’s nickname, turned one on June 4, 2022.

Although they kept the party private, Meghan and Harry later shared Lili’s first birthday portrait. Taken by Misan Harriman, the photo features a red-haired Lili sitting in the grass wearing a light blue outfit and flower headband. Harriman posted the snapshot, plus a few others from Lili’s birthday party, to Twitter on June 6, 2022.

In a June 5 Instagram post, Violet Cakes’ Claire Ptak shared a photo of a cake. But not just any cake, according to some Harry and Meghan fans. They took to the comments, saying they believed it to be Lili’s first birthday cake.

Featuring pink frosting and peonies, Meghan’s favorite flowers, fans were quick to ask Ptak if it was for Lili.

“Is that Lili’s cake?” one person asked in the comments. Another chimed in with, “Might this be the cake for the lovely Lili?!” “Beautiful cake for a beautiful little girl!” added another.

Ptak didn’t say whether or not the cake was indeed Lili’s first birthday cake. However, it did look similar to Harry and Meghan’s wedding cake, which she made for the couple’s 2018 nuptials. Plus, in his June 6 tweet, Scobie confirmed Ptak had “baked a special order for the party.”

After fans wondered about Lili’s birthday cake, the Duke and Duchess of Sussex weren’t completely silent on the major milestone in their daughter’s life. Following Lili’s first birthday, they released a statement. Per The Guardian, a spokesperson for the couple said they were “incredibly touched by the countless birthday wishes” for Lili.

Meghan and Harry were also “amazed” to find out people donated more than $100,000 to World Central Kitchen in her honor.