Private school enrolment contacts could be challenged after tribunal ruling

Parents could demand private schools review enrolment contracts that require payment of thousands of dollars in fees if they fail to give adequate notice of withdrawing their child, following a tribunal ruling.

A common clause in enrolment contracts for private schools states families must pay an extra term’s fees if they do not give a full term’s notice of their children’s departure. Few parents engage lawyers when this clause is enforced, as legal costs can be more expensive than the amount in dispute. 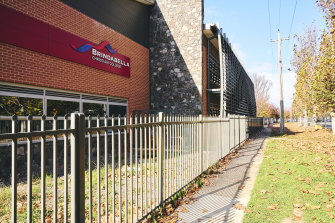 Brindabella Christian College in Lyneham in the ACT.Credit:Rohan Thomson

However, an ACT father decided to represent himself in the territory’s civil and administrative tribunal after Brindabella Christian College sent a bill for $3785 when he told them with less than a term’s notice that he was taking his children out of the school.

The clause is standard across many Sydney private schools, where a term’s fees range from around $600 for a high school student at Al Faisal College, to $9000 for one at The King’s School. Both schools have the withdrawal clause in their contracts.

Without a full term’s notice, parents at sought-after eastern suburbs girls’ school Ascham, for example, “are to pay to the school one term’s school fees, plus GST as applicable”, the enrolment contract said. “The parents agree that this amount is a genuine estimate by the school of the loss that it would suffer as a consequence of insufficient notice.”

The ACT father – whose name was suppressed by the tribunal to protect the identity of his children – told the Herald he had lost his employment contract in the pandemic, and could no longer afford the fees. He offered to pay half as a compromise, but lawyers for the school pursued the full amount.

Tribunal senior member Elspeth Ferguson found the notice term contained in the contract was void because it was unfair. In her judgment, she said the contract was a standard one offered by the school on a “take it or leave it” basis, which parents could not negotiate.

The father argued the school was able to change the terms of the contract – such as raise fees – without giving parents the opportunity to withdraw their child without penalty. Ferguson was satisfied that put parents at “a significant disadvantage” and did not think the notice term was “sufficiently transparent”.

While schools justify the notice period as a way to offset the financial cost to them if they lose a student – such as teachers they may have hired for the following year – Ferguson found the losses to the school depended on factors such as whether the child could be quickly replaced with another.

The father said he found the experience highly stressful. The school had lawyers, but he could find no one to represent him, including consumer rights organisations. 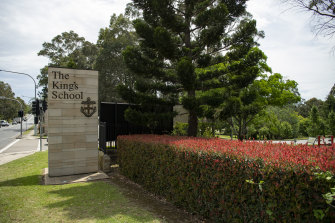 “It’s not just this school,” he told the Herald. “God knows how many other schools might be doing this. You sign something when you begin, the school changes the condition [fee amount] every year, and still, as a parent, I’m held liable. Isn’t there something wrong?”

Alex Haslam, the principal at Gilchrist Connell lawyers, expected schools in NSW to re-examine their contracts in the light of the judgment.

“Because it’s only an [ACT Civil and Administrative Tribunal] decision it doesn’t have any binding effect on anybody else, it doesn’t have the punch that a decision of maybe the ACT Supreme Court would have, but I think it will cause people to have a look at their contracts – that’s parents and schools,” he said.

Jodie Thomson, a practice leader at LegalVision, said there were few judgments on the issue as most parents would not invest in lawyers to fight a few thousand dollars in fees.

“It’s a very interesting judgment, and it … sends a message to schools and parents that any contract can have holes poked in it,” Thomson said. “If a parent wanted to challenge it, they certainly might try to rely on it.”

Some schools would argue they had budgeted for teaching staff and resources for the following year, so withdrawing a child even with 10 weeks’ notice would leave them financially worse off. However, that would be harder to argue if the school had a waiting list.

“If the school couldn’t prove if they had or were going to suffer any loss, they would most likely fail on opposing an unfair contract claim,” Thomson said.

Jodie Jayatilaka, an advocate for greater parental rights in dealings with non-government schools, said many parents signed contracts without being aware of their vulnerabilities if they ended up in a dispute with the school over issues such as fees.

“Parents are certainly not engaging lawyers to read their enrolment contracts before they sign them,” she said. “They place a great deal of faith in the goodwill of the school.”

“Historically, it’s been near on impossible for parents to demonstrate loss or impact on their children in terms of high teacher turnover, executive instability or the flow-on consequences of poor governance and bad school management, unmanaged bullying or just poor delivery of education.”