The Duke of Cambridge revealed his children can swim ‘quite well’ during a conversation at the investiture ceremony yesterday.

The proud father-of-three revealed the family enjoys trips to the swimming pool while speaking to Eileen Fenton, 91, from Dewsbury in Yorkshire, who in 1950 became the first woman to complete the Cross Channel Swimming Race. 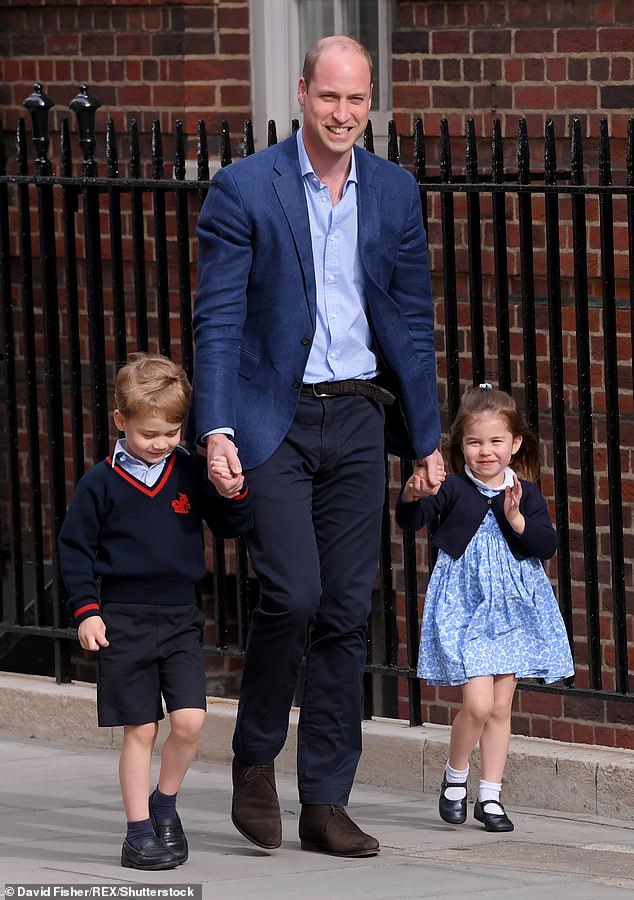 The Duke of Cambridge (pictured in 2018 with his two eldest children, Prince George and Princess Charlotte) has revealed that his family are fans of swimming – boasting that they can all do it ‘quite well’, according to a royal honours recipient 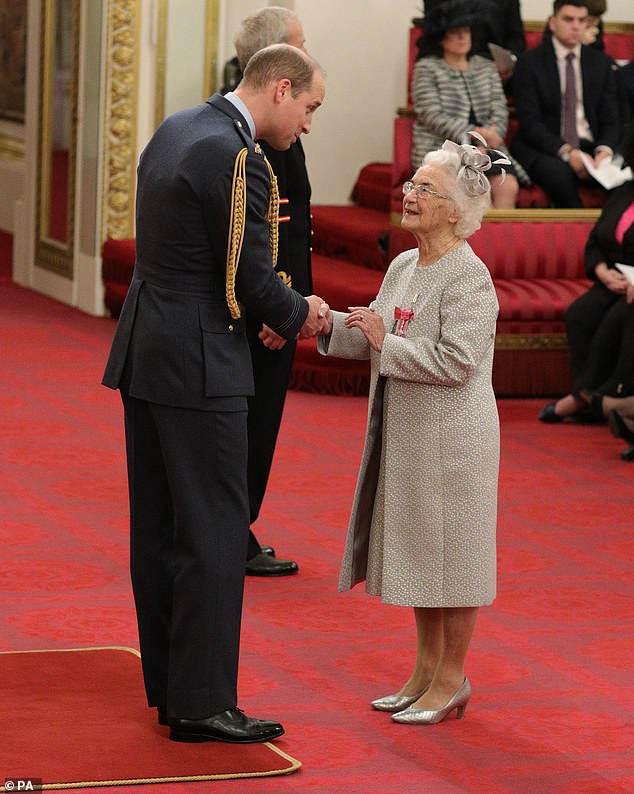 Speaking to Eileen Fenton (pictured), from Dewsbury in Yorkshire, who received an MBE for voluntary services to swimming on Tuesday, at Buckingham Palace, he told her the royals were a ‘family of swimmers’

Asked what she and William, 37, had spoken about, Ms Fenton said: ‘Well, we spoke about swimming. He said that he and his wife make sure the children can swim and they all go and they swim quite well.

‘I can remember seeing when the Queen was young and her sister Princess Margaret – we used to see them swimming in pictures. He said the whole family have done it.’

Buckingham Palace has its own swimming pool and a source previously told Harper’s Bazaar that Prince William and all his children have learned to swim there.

The source said: ‘It’s rather no frills but it’s a safe, private spot and many of the adult family members – and even senior members of staff – like to go there too. Kate regularly visits the palace, with and without the children, for this very reason.’

In February, Kate treated her two eldest children to a half term swimming treat at a Norfolk luxury spa, onlookers told the Daily Mail. 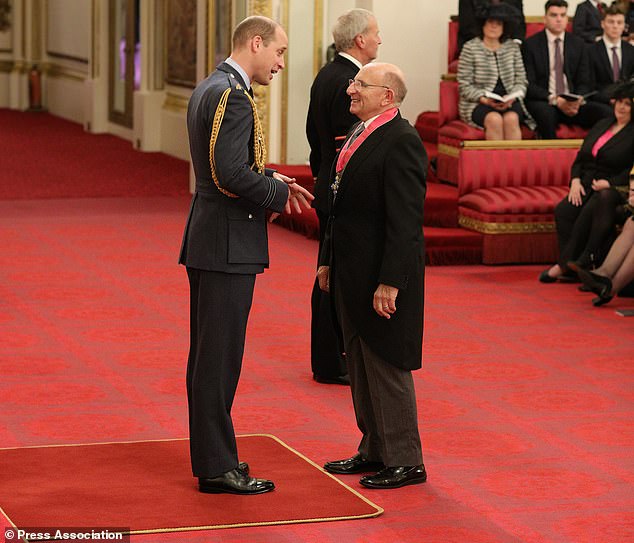 Collecting an award at the palace on Tuesday, was also Timothy Angel (pictured), director of Angel Costumes, which has designed outfits for several Academy Award-winning films and television series such as The Crown

As well as favouring swimming, recipients of the royal honours also revealed that the duke is a fan of costume parties and rock band The Verve.

Collecting an award at the palace on Tuesday, was also Timothy Angel, director of Angel Costumes, which has designed outfits for several Academy Award-winning films and television series such as The Crown.

Mr Angel said William recalled buying party outfits from the family-owned shop, saying: ‘When he was much, much younger he used to come and get fancy-dress costumes from our store, which he remembered.’ 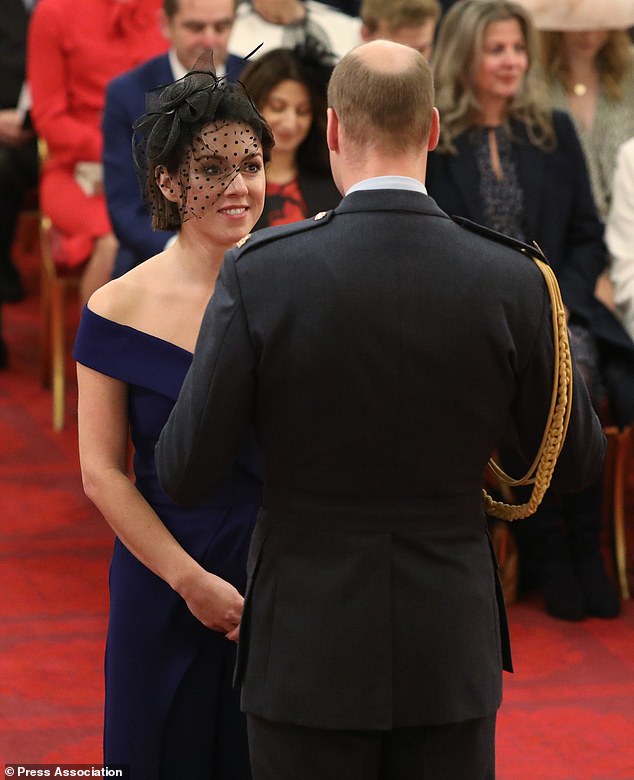 Another award recipient was soprano Mary Bevan (pictured), who spoke to William about music and her career as a singer

He added: ‘They all dressed up, they dressed up a lot. He had it as his 21st (birthday), he got one from us,’ but he could not remember what William had gone as to the party.

Another award recipient was soprano Mary Bevan, who spoke to William about music and her career as a singer.

She explained: ‘He said, “I’m still trying to work out where my voice is”, and I told him I thought he was a baritone. He said, “Oh yes, I’m sure I am”, and then he asked me about my job, how it’s a bit up and down.’

William then asked about Ms Bevan’s opinion of the music playing at the ceremony.

‘He was talking about the orchestra and said, “How do you find the music?”, and I said I was impressed at how quietly they were playing,’ she recalled.

‘He said, “Yes, they’re playing some nice tunes, but sometimes I want them to play The Verve”. I think it was just the first band that popped into his head.’