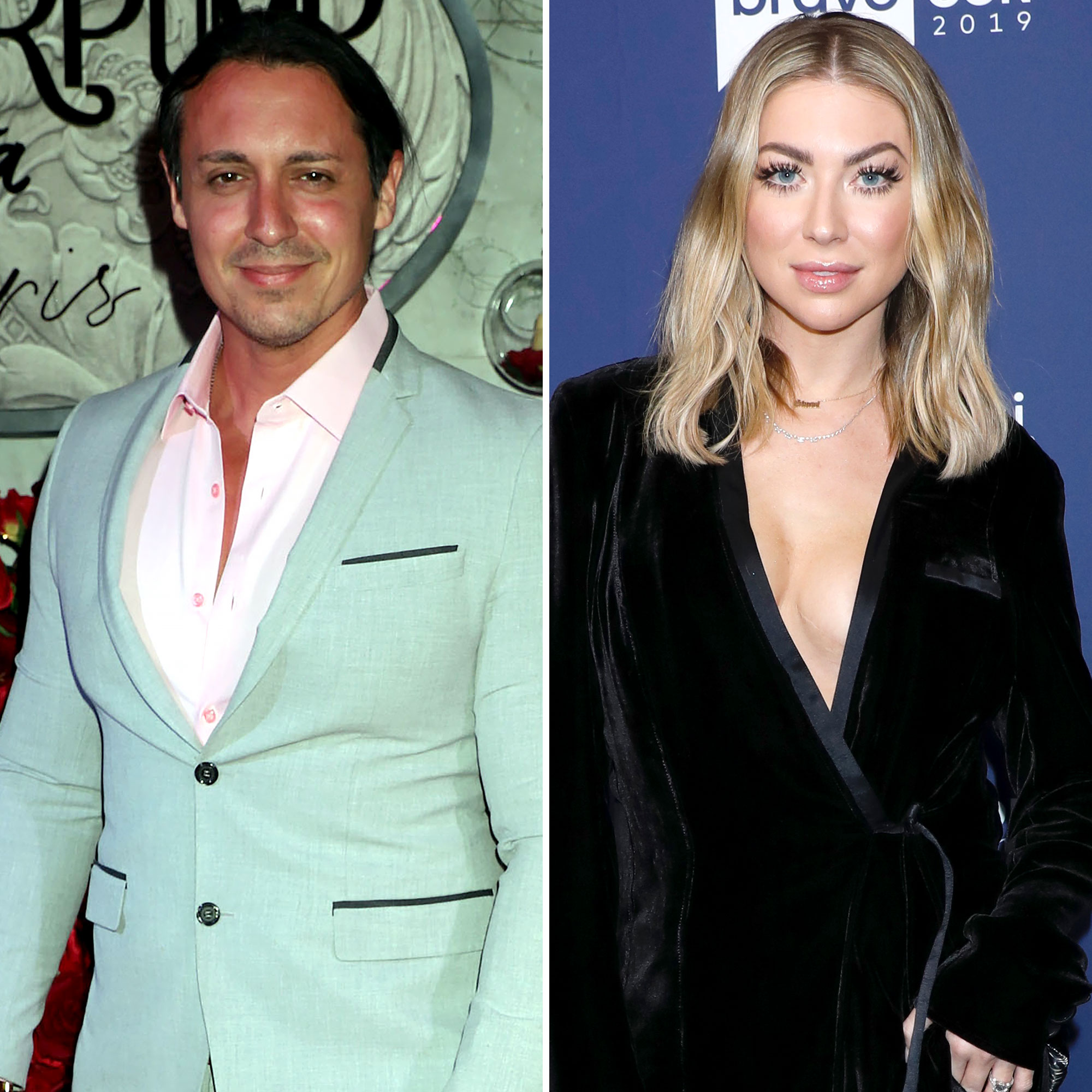 The drama continues! Peter Madrigal weighed in on Stassi Schroeder’s wedding drama, revealing to Us Weekly that he too was disinvited.

MIA! Why Some ‘Pump Rules’ Stars Are Missing From Stassi’s Rome Wedding

“Honestly, if you can’t pick up the phone for a two-minute conversation and say, ‘Hey, do you really want to come?’” Madrigal, 38, exclusively told Us on July 12, while hosting a dinner and cocktail-making experience on National Michelada Day with Clamato at L.A. hotspot Toca Madera. “[If] you can’t do that and you BCC everybody, that’s messed up.”

The Vanderpump Rules star was one of many cast members past and present who were cut from Schroeder, 34, and Beau Clark’s May nuptials in Italy after previously being on the guest list.

The New Orleans native and Clark, 42, first tied the knot in September 2020 in a backyard ceremony after postponing their Italian ceremony amid COVID-19 restrictions. Nearly two years later, they celebrated their wedding with a second event in Rome, but the only Bravo stars that made the trip were Katie Maloney and her estranged husband, Tom Schwartz.

Stassi and Beau’s Falling Out With Jax and Brittany: What We Know

The bartender explained that the rescinded invite hasn’t been an issue for him, but it did reveal where he stands with the Off With My Head author following her June 2020 firing from the show.

“You disinvited me. OK, I know where I stand with you as a friend,” he continued. “If you can’t pick up of the phone for a two-minute phone call, you know. It was a little upsetting. I was a little upset more when it was brought to the forefront, but now it’s like, eh.”

While many Vanderpump Rules stars were left off the list, including Scheana Shay, Brittany Cartwright and Jax Taylor were supposed to be in attendance. The couple, however, were unable to fly to Rome and celebrate, which has since caused a rift between Schroeder and Clark and Cartwright, 33, and Taylor, 42.

Madrigal exclusively told Us on Tuesday that he was under the impression that the Kentucky native and her husband were also disinvited. “Apparently, Brittany was sent the same disinvite letter that I was. I was BCC’d on it,” he claimed.

Cartwright, for her part, told Shay, 37, during a July episode of her “Scheananigans” podcast that she and Taylor planned to go to Italy, but things just didn’t fall into place in time. “I was planning on going 1,000 — 100 percent,” the Jax and Brittany Take Kentucky alum said at the time. “Jax just started getting in his head, getting all worked up about flying with the baby. … I think the reason they are so mad is because they think that we knew weeks leading up to it that we weren’t coming and we waited to the last minute.”

She added: “I have reached out since the wedding and said, ‘Everything is so gorgeous and I hope that we can talk one day and I’m so sorry for how things went down,’ and I haven’t gotten any response just yet.”

Schroeder, meanwhile, opened up about the decision to make the wedding smaller during a May appearance on the “Skinny Confidential Him & Her” podcast. “[We had to] cut 70 percent of the guest list because it’s too expensive,” she explained at the time. “We sent out an email, like, ‘Yo, times are tough, we can’t have a 200-person wedding. This doesn’t mean that we don’t like you, but you’re not part of my 35 top people.’”

When it comes to Madrigal’s relationship with Schroeder, he teased that he’ll “see what happens in the future” regarding if they make up. For now, the TV personality is focused on the next season of the Bravo series.

“We’re going to be filming Vanderpump Rules season 10 that’s coming up right now so I’m back! You’re going to see me there,” he told Us during the Toca Madera event. “I’ve always been there full-time, but it just depends on what’s put on the show.”

With reporting by Andrea Simpson