Queen of the people: Her Majesty often chatted to her CHIMNEY SWEEP

The Queen’s chimney sweeps have revealed how the monarch would make them feel ‘important’ when they worked in her homes including Buckingham Palace.

Kevin Giddings, 61, and his team from Milborrow Chimney Sweeps have looked after the chimneys and fires at royal homes including Buckingham Palace, Windsor Castle, St James’ Palace and Kensington Palace since 2002.

Speaking to The Argus, his wife Katie recalled how the ‘knowledgeable’ late monarch spoke to her husband about his work and made everyone around her ‘feel important’. 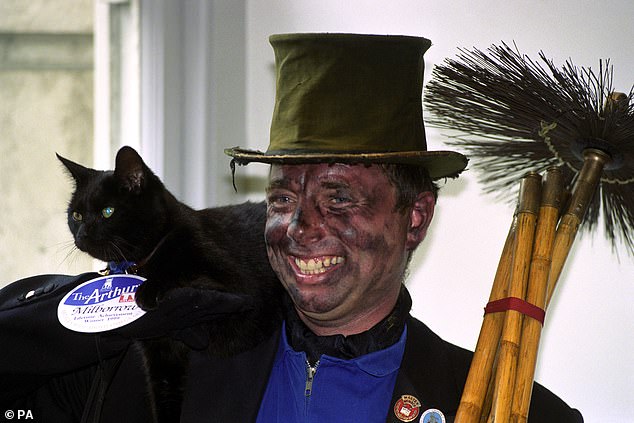 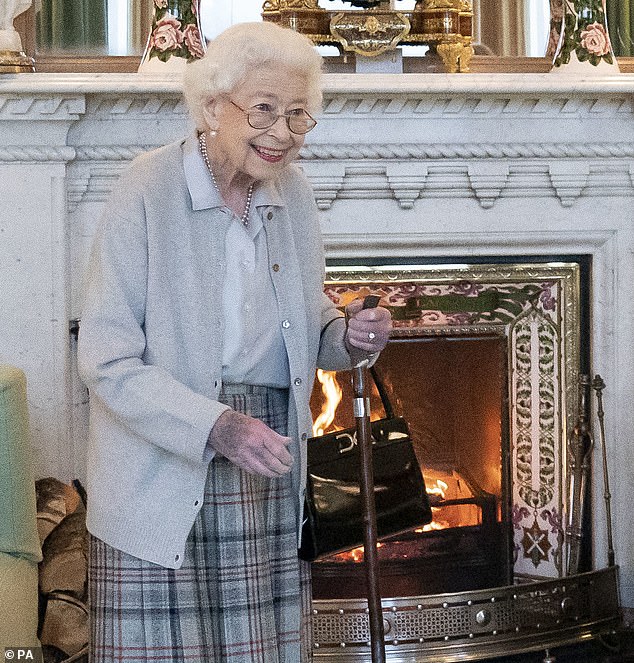 Mr Giddings was given a royal warrant in 2002 by Her Majesty The Queen, who passed away peacefully at Balmoral Castle in Scotland aged 96, on September 8

The chimney sweep was presented to the Queen six times and also met the then-Prince Charles and the late Duke of Edinburgh.

He also bumped into Her Majesty when he was cleaning her palaces and his wife Katie revealed the Queen made him feel important through a series of small gestures.

‘On one occasion there was a function, we were at at Buckingham Palace and the Queen indicated to my husband and said, “It’s my chimney sweep”,’ she told The Argus.

‘She was an incredibly knowledgeable lady who even spoke to the chimney sweep about his work and made him feel very important.’ 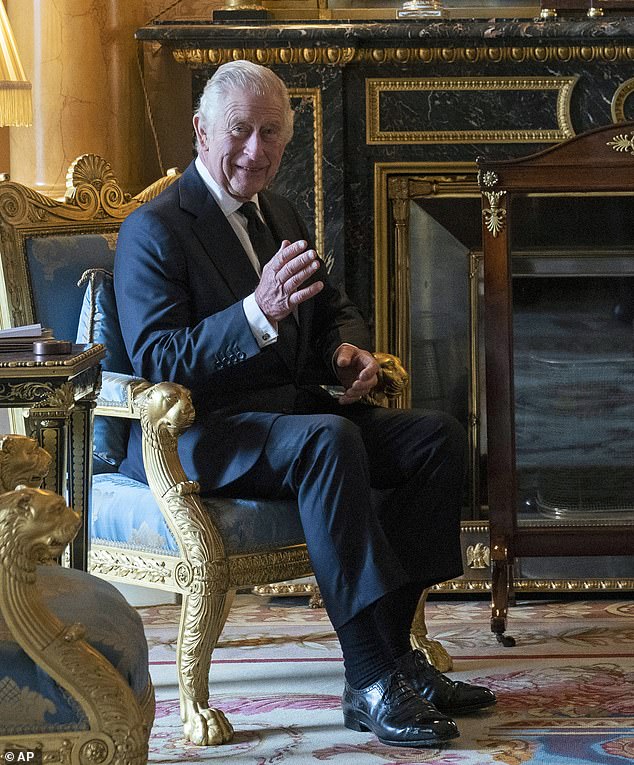 The Giddings family thinks King Charles III will be an excellent monarch and wished him all the best. Pictured: Charles III in the 1844 Room at Buckingham Palace today

She added that her husband was ‘honoured and thrilled’ that the late monarch recognised him.

Buckingham Palace has around 300 chimneys and although they are not all used, cleaning is needed to ensure proper ventilation.

Hampton Court Palace’s kitchen chimney is one of the toughest to sweep because of its sheer size, which means sweeps have to climb up the inside the shaft.

The chimney at the former residence of Henry VIII is often exceptionally sooty, and is 48 feet high and more than 20 across.

In 2002, the business was given a royal warrant by the Queen. Whether or not Mr Giddings and his team retain the warrant will be up to King Charles III.

Katie added the family thinks King Charles III will be an excellent monarch and wished him all the best for his reign.