The future of the Reserve Bank has been upended with the man considered mostly likely to lead the interest rate setting institution through the rest of the decade quitting to join private sector efforts to secure Australia’s green hydrogen future.

Dr Guy Debelle, deputy to governor Philip Lowe since 2016 and perceived by many as one of the RBA’s brightest minds, stunned monetary policy circles on Thursday by revealing plans to become Fortescue Future Industries’ chief financial officer. 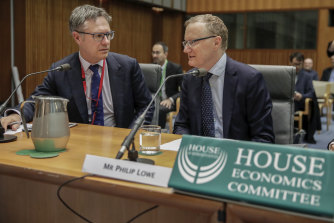 The company is chaired by billionaire Andrew Forrest who is attempting to develop largescale renewable energy and green hydrogen projects across the globe.

Dr Debelle, who chairs the Council of Financial Regulators’ climate change working group, told The Sydney Morning Herald and The Age that he had a chance to make real change around environmental issues rather than setting the regulations governing the future.

“Looking at what’s happening in Australia, Fortescue Future Industries is doing more than anyone now and in prospect,” he said.

“Given the opportunities in this country and elsewhere to deal with climate change, this is a great option.”

It is Dr Debelle’s first move into the private sector after 34 years with the RBA, the federal Treasury, the International Monetary Fund and the Bank for International Settlements.

Both sides of politics have promised the first independent review of the Reserve Bank since the early 1980s after the election. The RBA has come under fire from critics for its handling of the pre-Covid economy and now for its signals about future interest rate movements.

But Dr Debelle defended the bank, noting he had sat in on RBA board meetings for almost 17 years and been a member of the interest rate setting panel for the past 7. He said the economy was now in a strong position partly because of the bank’s policy settings.

“The economy is in as good a position as it’s been for some time,” he said.

Dr Debelle has been considered the frontrunner to replace Dr Lowe whose term as governor ends in 2023. Dr Debelle said he was “cognisant” of his possible path to the head of the RBA.

The bank’s deputy governor has traditionally gone on to head the institution. The past three governors – Ian Macfarlane, Glenn Stevens and Dr Lowe – all served as deputy while all served as the bank’s assistant governor for economics. That position is currently held by Luci Ellis who many believe could be the first woman to head the bank since its creation in 1960.

Outside of the bank, former Treasury secretary Martin Parkinson – who in that role also sat on the RBA board – has also been suggested as a possible contender if he was prepared to return to public service. 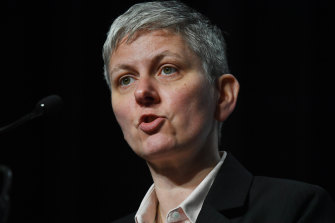 The last person brought in as governor from outside the Reserve Bank was Bernie Fraser in 1989. He had been the head of Treasury before being moved into the bank by then treasurer Paul Keating.

Dr Lowe thanked Dr Debelle for his service to the bank.

“He has made major contributions to monetary policy, to financial market operations and to the management of the bank,” he said.

Former RBA staff member and now chief economist at the Centre for Independent Studies, Peter Tulip, said Dr Debelle would be missed from the bank.

“This is sad and surprising. Guy was arguably the cleverest person at the RBA,” he said.

Stephen Kirchner, director of the International Economy Program at the United States Studies Centre at the University of Sydney, said Dr Debelle’s resignation was a huge blow to Australian monetary policy but added he could return to head a post-review RBA.

“A future treasurer, having been handed a report by an independent review, could do worse than to invite Guy to implement its recommendations as governor,” he said.

“Since his appointment as deputy governor and deputy chair of the RBA board in 2016, Dr Debelle has provided strong economic leadership and helped steer the RBA board’s response to the Covid-19 pandemic,” he said.

Shadow treasurer Jim Chalmers said he expected Mr Frydenberg to consult Labor about the deputy government appointment which will occur in the run-up to May’s federal election while arguing now was a chance to renew the RBA.

“The vacancy created by his departure represents an important opportunity for renewal, and to promote more women into the most senior ranks in particular,” he said.