Ready for the Sonic Cinematic Universe? Paramount and Sega Are

The first Sonic the Hedgehog movie seemingly broke the video game film curse. Paramount Pictures and Sega jumped right into developing Sonic the Hedgehog 2 with Knuckles voiced by Idris Elba, Miles “Tails” Prower joining the blue blur, and Jim Carrey’s Dr. Robotnik in Green Hills. However, they’re ready to go even bigger as producer Toby Ascher mentioned plans for a “Sonic cinematic universe.” Sonic and Mario may not have been on equal footing since the 90s, but Sonic might finally be pulling away on the big screen.

Ascher produced the 2020 Sonic the Hedgehog, and it paid off in a huge way. The Sonic movie became the highest-grossing video game movie in US history. And now the sequel hits theaters on April 8 with the original cast returning. Ben Schwartz voices Sonic, Jim Carrey plays Dr. Robotnik. James Marsden and Tika Sumpter return as the couple taking in Sonic.

Colleen O’Shaughnessy voices Tails in the Sonic games and the sequel, with Idris Elba voicing Knuckles the Echidna.

“We’re creating a Sonic cinematic universe,” Ascher said in the Sonic 2 production note (via GameSpot). “So we knew we were going to add characters, like Tails and Knuckles; new to the films but beloved by gamers all over the world.”

While Sega plans to release Sonic Frontiers on the video game side of things, Paramount and Sega have already lined up plans for more movie sequels and spinoffs down the line.

What projects are in the works for the ‘Sonic Cinematic Universe’?

Before the Sonic the Hedgehog 2 release date even hit, Paramount and Sega announced a third Sonic feature film. While it is still very early for any details about Sonic the Hedgehog 3 to be floating around, fans can expect the blue blur to return to theaters again, likely with new friends.

Who’s counting down the days until Amy Rose or Shadow the Hedgehog debuts in cinema? Or a crossover with Nintendo’s Super Mario. 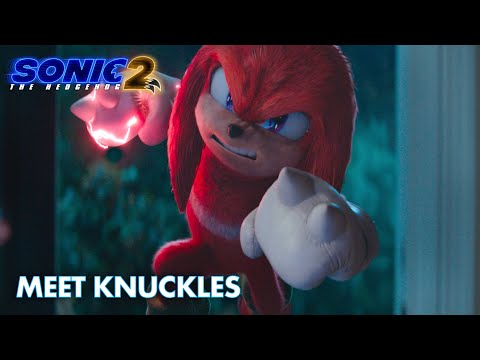 In addition to Sonic 3, they announced a new live-action Sonic TV show for 2023. Paramount Pictures and Sega confirmed the Paramount+ TV series would center around Knuckles. Idris Elba would return to voice the character.

While the next movie and the streaming service show are the only two confirmed projects for the Sonic cinematic universe, rumors of more have already started circulating the internet.

Tails debuted in the Sonic the Hedgehog 2 game on the Sega Genesis. From the start, the twin-tailed fox acted as Sonic’s tech-savvy sidekick. With mechanical prowess and a biplane called the Tornado, he helped Sonic fight Dr. Eggman and his various giant robots.

However, one rumor states that Tails could step out on his own in a solo movie spinoff from the main Sonic the Hedgehog characters.

However, the “Sonic cinematic universe” has not confirmed a Tails solo project yet.

Until more news drops about the blue blur’s adventure on the big screen, fans can watch Sonic the Hedgehog 2 on April 8, 2022.