Record-breaking rains and scorching heat: 2022 had it all

This year has had it all: record-breaking heat in Western Australia, and heavy rains and flooding across the east coast. For many locations across the country where river beds were cracked and dry three years ago, they are now flowing with brown floodwater after weeks of heavy rainfall. Some cities recorded their wettest year on record, while others experienced their coldest summer temperature in more than 100 years. This extraordinary weather has defined 2022 – but what can Australians expect next year? 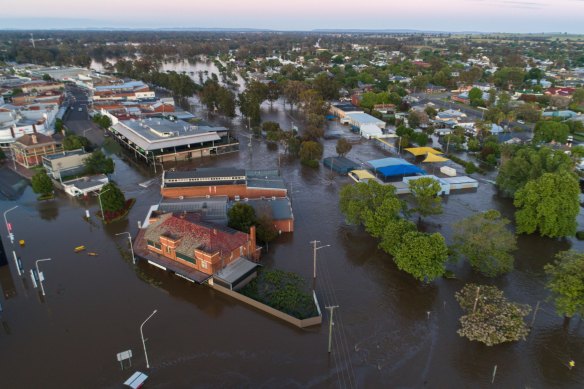 Towns across the east coast have seen heavy rainfall and flooding this year. Credit:Nick Moir

Much of the wet weather we’ve seen this year has been driven by three climate phenomenons: La Nina, the negative Indian Ocean Dipole (IOD) and the Southern Annular Mode (SAM). A La Nina event occurs when trade winds are stronger than usual and a warm patch, where air is more likely to rise and create clouds and rain, is pushed closer to Australia. That typically translates into above-average rain in winter and spring for eastern Australia. Meanwhile, the negative IOD increases the chances of above-average winter-to-spring rainfall for large parts of Australia, and a positive SAM also generally results in higher winter rainfalls.

Together, these three weather patterns mean we’ve endured record-breaking rains across much of the east coast this year.

What makes 2022 particularly interesting is it was the first year on record that Australia experienced three consecutive La Ninas and back-to-back negative IOD events.

Australia has had 20 La Nina events since 1900, and 12 have coincided with flooding in eastern states. That means more rain: the average rainfall from December to March in La Nina years is 20 per cent higher than the long-term average. The country has only had three back-to-back La Nina events three times since records began.

Sydney experienced its wettest year on record, with Observatory Hill recording 2522 millimetres of rain, much higher than the average of 1221mm. It only took 279 days before Sydney broke its previous record of 2194mm, which was set in 1950.

Elsewhere, parts of regional NSW have had devastating flooding stretching across most of the state. The floodwaters have started to recede in many locations but a mammoth clean-up effort, which will take many months, has only just started.

This year, the NSW SES responded to 80,032 requests for assistance and conducted 3812 flood rescues. The areas that required the most assistance were Forbes, south Lismore and Wee Waa. NSW SES Commissioner Carlene York said this year had been the busiest on record for the agency.

Meanwhile, Melbourne recorded 1908 mm of rain – much higher than its annual average rainfall amount of 649mm. Many parts of the state experienced devastating flooding; two people died and authorities estimate the damage bill could reach $1 billion.

If you think this summer has been particularly cold, you’d be right. Melbourne recorded its coldest December day since 2019 last week.

The city did not record temperatures equal or above 30 degrees any days in November – the last time this happened was in 2001. Elsewhere, Mount Hotham recorded the coldest summer temperature ever, reaching -5.4 degrees this month. That beat the previous record of -5.2 degrees at the same location in 1978. 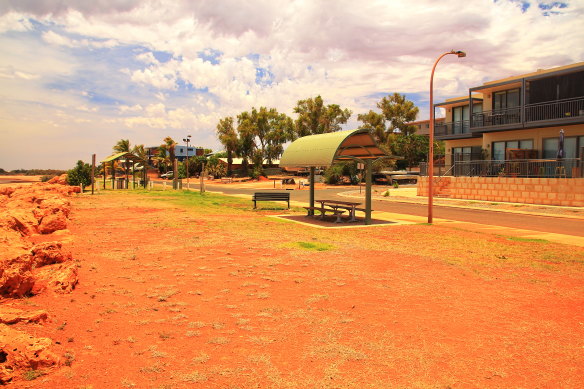 The climate drivers which brought heavy rainfall to eastern parts of the country have very little impact on the western parts of Australia.

But the good news is that these three climate drivers have already weakened, or are set to do so in the coming year.

It’s still too early to tell what next year holds. Weatherzone meteorologist Tom Hough said models show the SAM and IOD weather patterns trending towards warmer temperatures and drier conditions. The El Nino–Southern Oscillation models also show a slightly positive phase of El Nino that will begin in the new year, which will mean warmer conditions return to the east coast.

“With that, it means we will get a greater chance of reduced rainfall and increased temps,” Hough said. “El Ninos occur every three to five years.”

Hough said the forecast models only stretch until May, so it will be some time before we can say whether the El Nino event is here to stay. The last time Australia experienced an El Nino event was in 2019, when the devastating Black Summer Bushfires occurred.

In the coming years and decades, Australia’s weather will be even more extreme, the State of the Climate report warned. The report, published this year, uses the latest data and science to make projections about Australia’s weather.

It found climate change would cause “an increase in the risk of natural disasters from extreme weather, including ‘compound extremes’, where multiple extreme events occur together or in sequence, thus compounding their impacts”. Australia’s already variable rainfall patterns would become increasingly so, with more frequent droughts, heatwaves and declining rain over the south-east of the continent.

Greg Mullins, former NSW fire commissioner and councillor with the Climate Council, said while this year had seen back-to-back disasters across the globe – including bushfires in London and flooding in Pakistan – he still had hope for the future.

“This new government believes in climate change and is prepared to do something about it,” he said. “That has given me a booster shot of positivity. Maybe, we are inching towards taking real action to save the planet.”

Get to the heart of what’s happening with climate change and the environment. Our fortnightly Environment newsletter brings you the news, the issues and the solutions. Sign up here.