Bridget Jones, is that you? Renée Zellweger looked unrecognizable in New Orleans while on set of her upcoming limited series on October 4. The Academy Award winner, 52, will play convicted serial killer Pam Hupp in an NBC series centered on the 2011 murder of Betsy Faria — and her transformation will leave fans gobsmacked. Renée could be seen in a large prosthetic body and costumed in a puff jacket and jeans, as seen in the photos from set HERE. 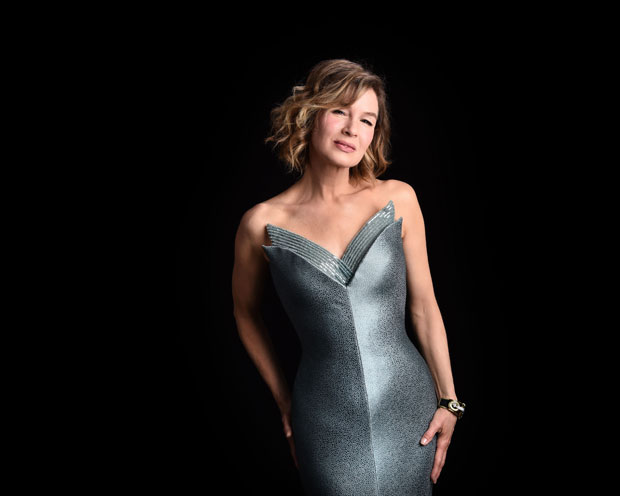 The limited series, titled The Thing About Pam, will chronicle Pam’s involvement behind the death of two people: her friend Betsy in 2011 and later, Louis Gumpenberger in 2016. Court documents have alleged that Pam stabbed her friend to death in her home and pinned the crime on Betsy’s husband Russ, who was falsely convicted in 2013. (His conviction was overturned in 2015.)

It had initially been reported that Betsy, who had stage 4 cancer, made Pam the beneficiary of her $150,000 life insurance — a decision that Betsy’s friends and family, including her husband, had no knowledge about. In another bizarre twist, Pam shot and killed Louis in 2016. She told authorities that he accosted her at her home, but investigators found that Louis was involved in Pam’s framing of Russ.

Pam is currently serving a life sentence for the murder of Louis. The entire scheme will serve as the basis of the upcoming limited series, which will also star Josh Duhamel, Judy Greer, and Katy Mixon. Along with starring in the lead role as the convicted killer, Renée also serves as executive producer alongside Carmella Casinelli, Jenny Klein, and Jason Blum, among others.

Renée’s busy work schedule comes amidst her blossoming romance with boyfriend Ant Anstead, who recently opened up about their relationship last month. The English TV presenter appeared on PEOPLE (the TV show!) on September 21 and said he was “grateful” for his relationship with the Hollywood star. The two have been dating since June after meeting on an episode of the Discovery+ series Celebrity IOU: Joyride.

“I mean, there’s no hiding it,” he said of their relationship. “Everyone knows that Renée and I are dating. I’m really grateful to the show because these amazing things happen in your world and sometimes when things collide, they collide at the most obscure times when you least expect them. And that’s what happened in this case. I’m grateful for that.”