The Reserve Bank would consider climate change risks to the Australian economy when setting monetary policy and take a more active role in cutting greenhouse emissions under a proposal put to the independent review of the bank.

In its submission to the review of the Reserve Bank, independent think tank the Centre for Policy Development said the RBA’s role in achieving net zero emissions had to be made part of its overriding objectives, with more bank staff dedicated to understanding the impact of climate change on the economy. 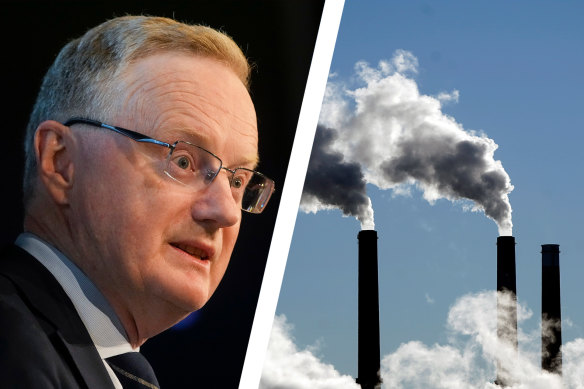 Reserve Bank governor Philip Lowe would need to consider climate change and its risks to the economy, under a proposal put to the bank’s independent review.Credit:AP

Submissions to the review close on Monday after being extended a week to take in more opinions. The review is due to report to Treasurer Jim Chalmers by the end of March next year.

The review, the first of the RBA in more than 40 years, is being led by a three-member panel that includes international monetary policy expert Carolyn Wilkins, who sits on the Bank of England’s financial policy committee; the interim director of the Crawford School at the Australian National University, Renee Fry-McKibbin; and the secretary for public sector reform Gordon de Brouwer.

The centre’s sustainable economy director, Toby Phillips, said the stability of the financial sector would depend on how the economy transitioned to net zero.

He said the bank’s 63-year-old charter required the RBA to contribute to Australia’s economic prosperity and welfare, and the charter needed to be updated to consider the reality of climate change.

“Australian wellbeing depends on an orderly transition to a steady net zero economy and a sustainable natural environment,” Phillips said.

“Updating the RBA toolkit so it can protect Australian wellbeing with a stable financial system and a smooth transition is the most sensible reform we can make.”

The centre said the RBA governor and the treasurer of the day should set out how the bank will address climate-related issues in their formal statement on the conduct of monetary policy. That statement currently contains a commitment to maintain inflation between 2 and 3 per cent.

It believes the bank’s board members should have a formal understanding of climate change issues while there may be the need to set up a specialist team within the RBA to deal with the net zero target and the climate’s impact on the economy.

The nation’s largest lender, the Commonwealth Bank, has called for a change to the make-up of the board, noting the current structure was “not compatible” with the best practice of boards in Australia.

It has backed what it calls a “3-3-3” model for the board. It would have three members from the bank, including the governor and the Treasury Department secretary, three people who were economists or experienced monetary policy experts, and three from the “economy”.

These three could come from businesses, the union movement or be climate change experts.

But chief economist with the Centre for Independent Studies, former RBA economist Peter Tulip, cautioned about loading up the bank with objectives that could be handled elsewhere. 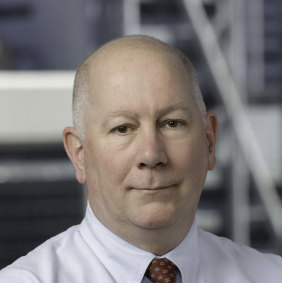 Peter Tulip, chief economist at the Centre for Independent Studies, has cautioned against giving the RBA extra responsibilities outside of monetary policy.

“There are some things monetary policy can do effectively. Specifically, stabilise inflation and activity. But it has very little ability to raise the long-run level of output, change the long-run level of real interest rates, reduce inequality, improve financial stability or affect climate change,” he said.

He said the Coalition was open to changes in governance as long as it did not detract from the RBA’s key goals, noting all central banks had struggled in recent years.

“There will always be criticism of central banks and it’s true they got their forecast wrong and they got their guidance wrong and part of the review should be looking at why and how to prevent that in the future,” he told the National Press Club last week.

“I think that is a very important part of the work.”