REVEALED: The worst-dressed stars at the SAG Awards

Game of Thrones may have topped the ratings when it was on-air, but some of its stars hit a real sartorial low point on the red carpet at the 2020 SAG Awards.

Gwendoline Christie, 41, and her former GoT co-star Nathalie Emmanuel, 30, both missed the style mark at the glittering awards ceremony on Sunday evening, with Gwendoline arriving in a billowing black sack that completely dwarfed her frame – making it look as though she might have another guest hiding underneath it.

Nathalie also opted for an enormous frock made out of garish shiny material that featured a tacky floral pattern across it. 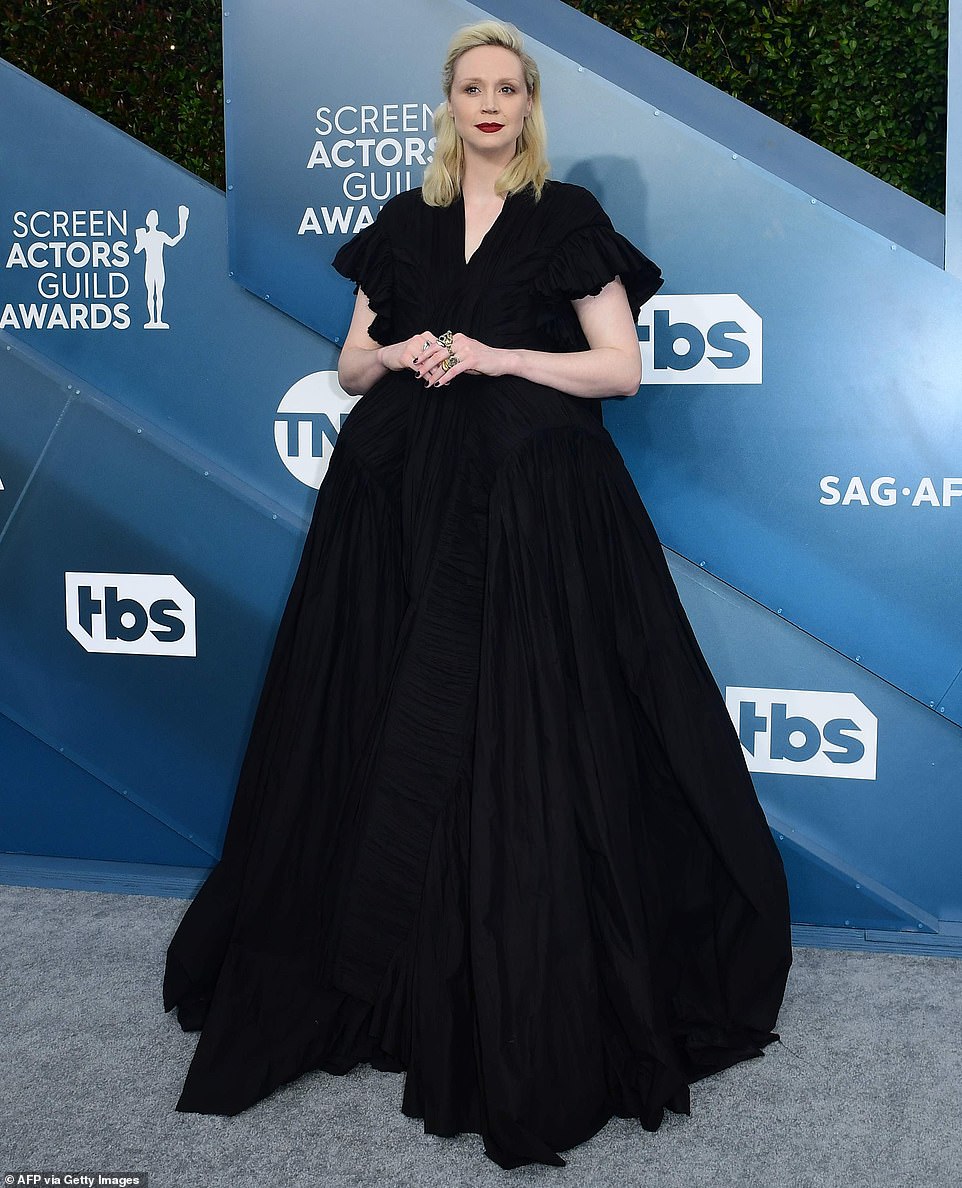 OTT: Gwendoline Christie led the worst-dressed stars at the SAG Awards in a billowing black dress 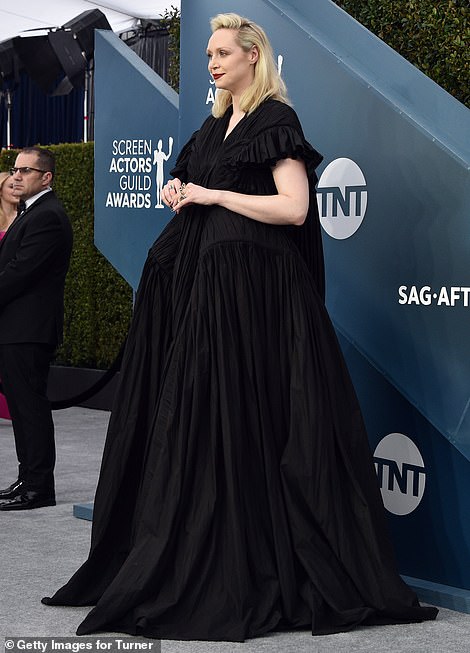 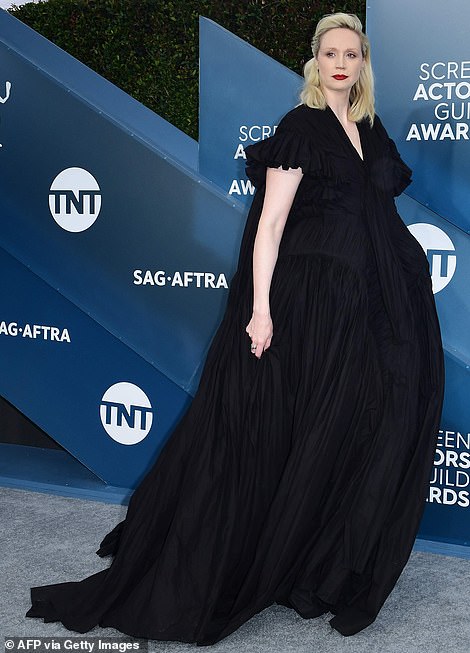 What are you hiding under there? The 41-year-old’s enormous frock looked as though it could have housed several of her Game of Thrones co-stars 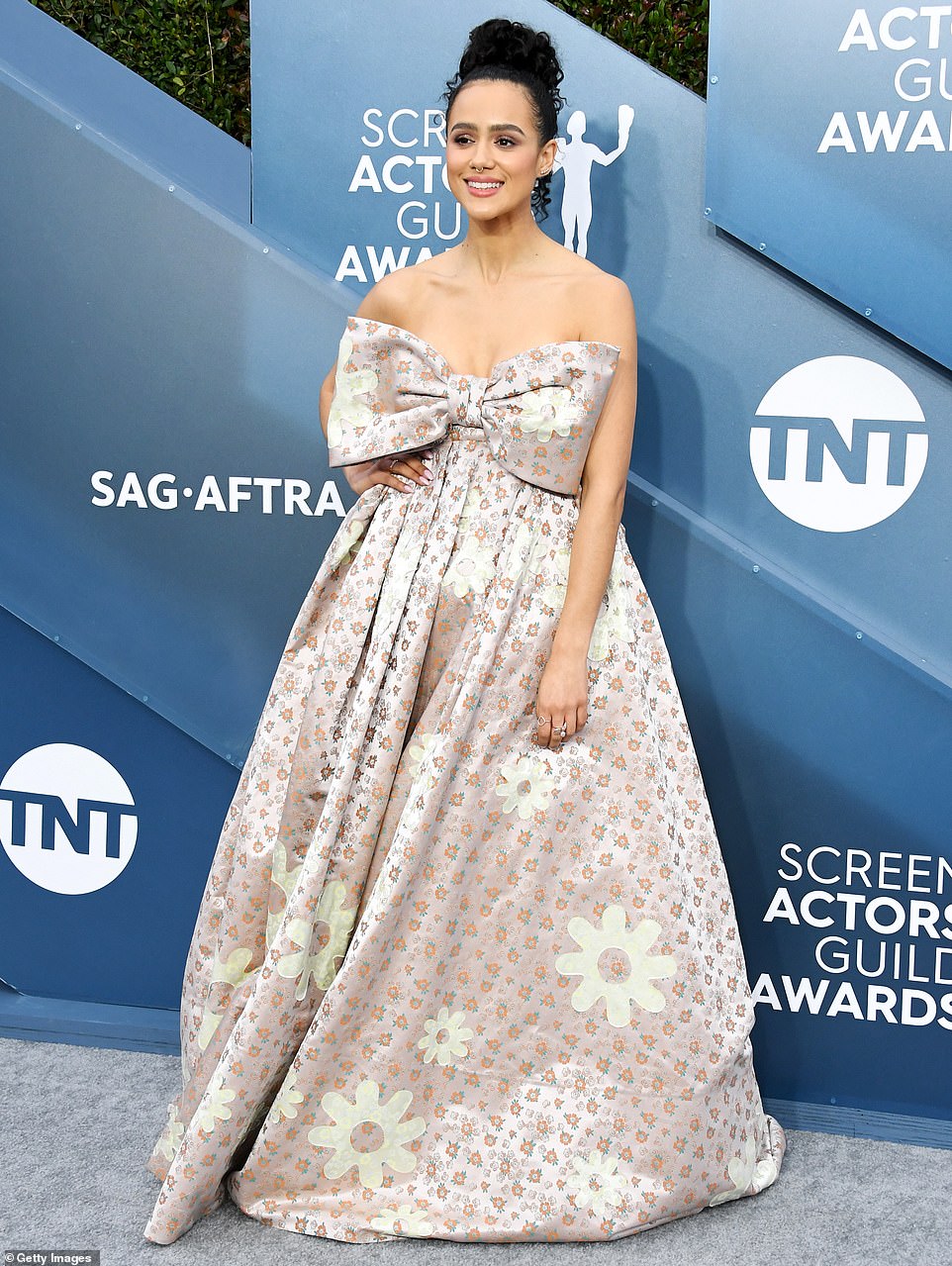 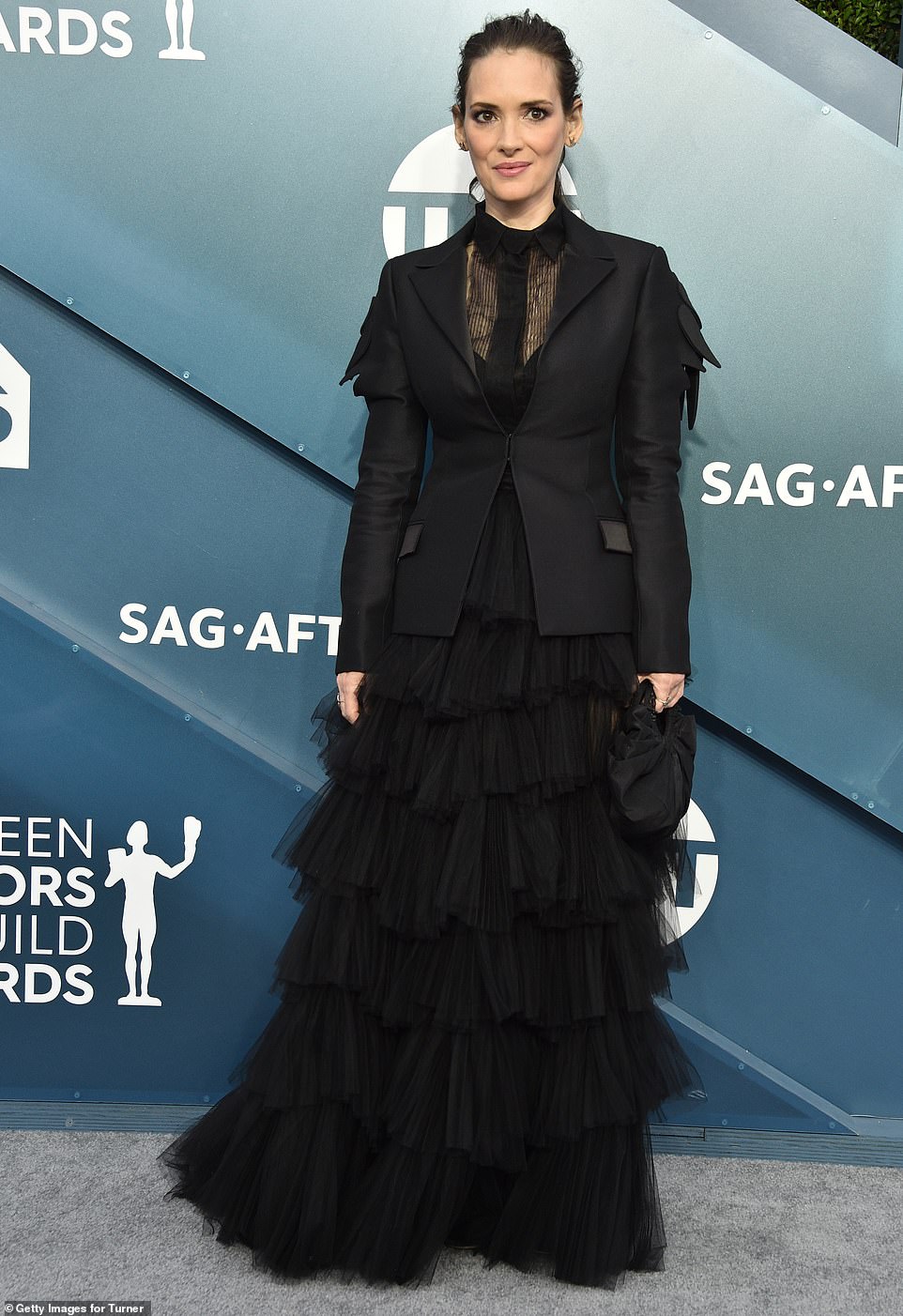 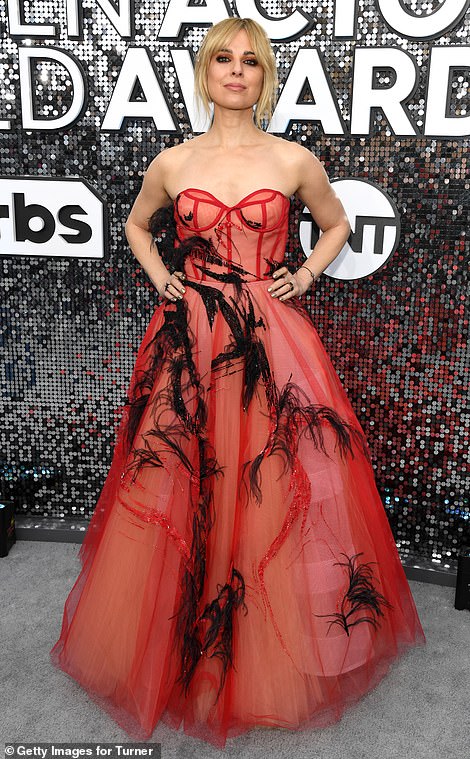 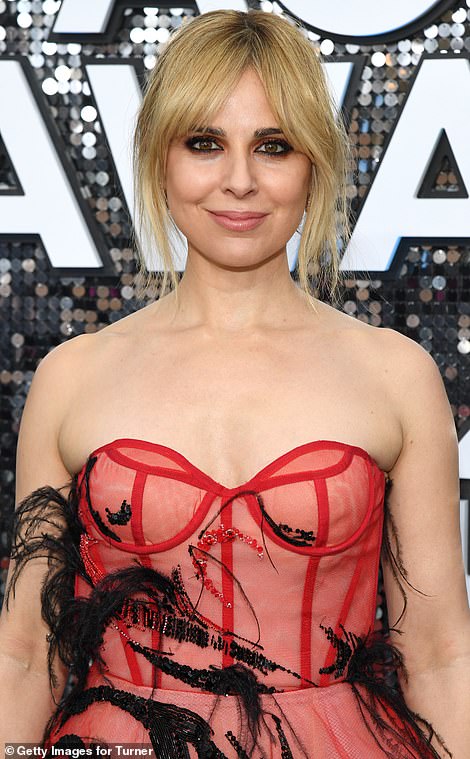 However the most distracting part of her ensemble was the huge bow on the front of it, which left Nathalie looking slightly like a wrapped birthday gift.

Bad bows and billowing dresses appeared to be something of a trend at Sunday night’s ceremony, with Kathryn Newton also opting for an oversized gown in a blindingly bright neon orange color that left her looking as though she was wearing a circus tent.

At the other end of the color spectrum, Stranger Things star Winona Ryder went for an all-black look that made her look slightly like Morticia Addams; the dark frock featured endless ruffled layers and was paired with a bizarre blazer that appeared to have floppy spikes on the shoulders.