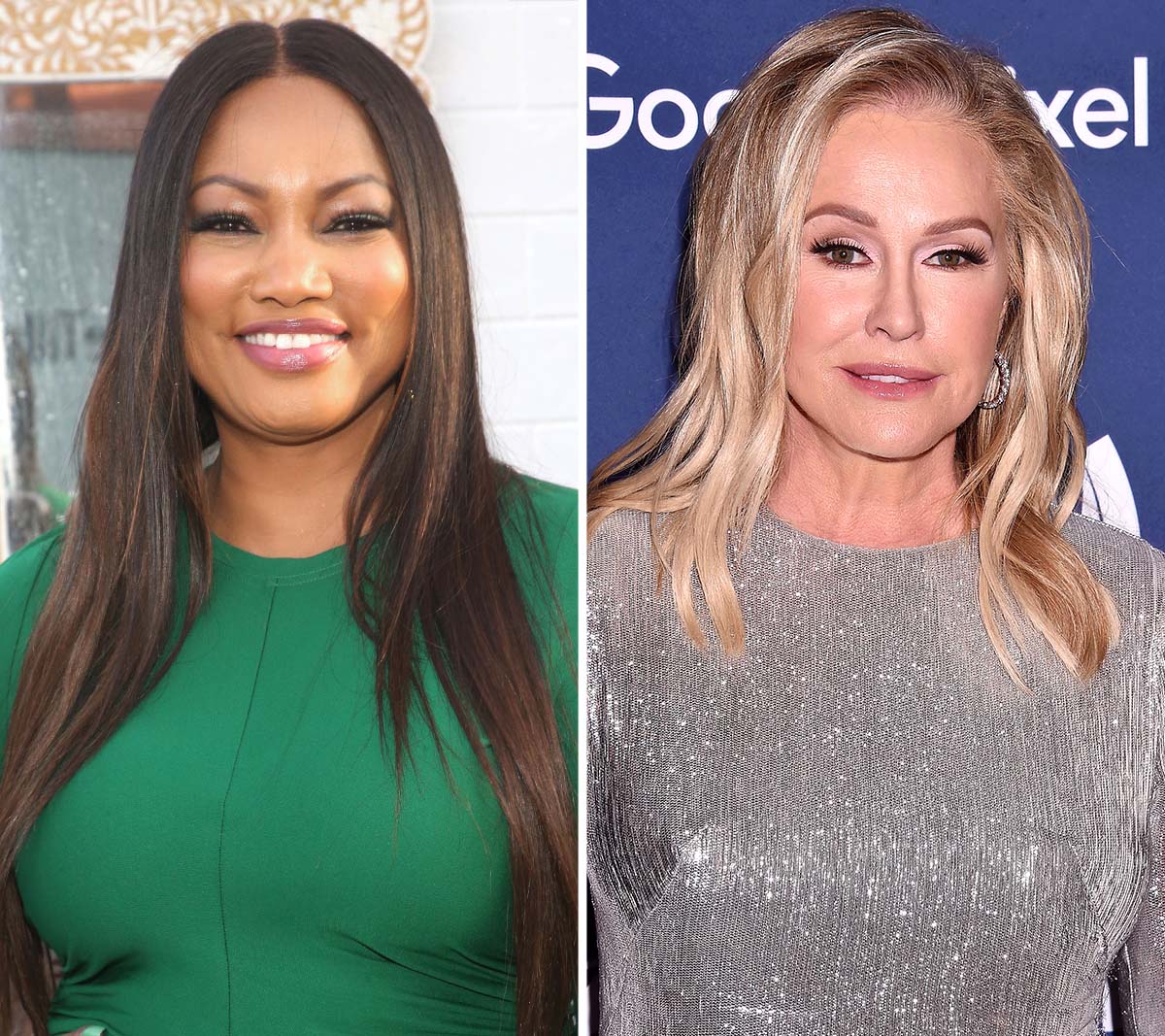 Defending her friend. The trailer for season 12 of Real Housewives of Beverly Hills showed much of the cast fighting with Kathy Hilton, but Garcelle Beauvais is standing by her side.

“I thought it was good. I thought it was strong. I thought it highlighted sort of the things that, that people are gonna have conflict [over] this season,” the former The Real host, 55, told Page Six on Thursday, April 7, about watching the clip for the first time. However, there is one conflict that was teased ahead of the new season that Garcelle wasn’t a fan of.

“I think, you know, the Kathy thing, I don’t like,” she continued. “I think she’s a great woman, and I think the show thrives on drama.”

In the season 12 trailer, Lisa Rinna attempts to mediate a conversation between the philanthropist, 63, and her sister Kyle Richards. “You said some things about this beautiful sister of yours,” the former soap star, 58, says to Kathy, while the Halloween Kills actress, 53, cries. “I’m sorry, Kathy. You’re not gonna get away with it.”

Biggest ‘Real Housewives’ Feuds Ever — And Where the Relationships Stand Today

Kyle adds: “I feel like you hate me or something. How could you say those things?”

The teaser later hints at some of the drama that occurred between Kathy and the rest of the Housewives during their trip to Aspen, Colorado. “No, don’t unlock [the door],” Erika Jayne tells her castmates at the end of the trailer, as the fashion designer attempts to join the group in a store which has been closed solely for the Housewives. While filming the getaway, Kathy made headlines after telling her husband, Rick, that she needed to “get out” of the city as soon as possible.

“Please call me I need to get out of here now!!!!!” on one of his posts Instagram posts in January. Both the photo and the comment were subsequently deleted.

The next month, Kathy explained that the situation had just been a big misunderstanding. “I lost my phone, which I do,” the Bravo personality said during Instagram Live interview with E! in February. “I was kind of left in the house by myself at one point and [I thought] it was about 3 o’clock in the morning. Now, my husband puts his phone in his office, and I know at about midnight he’s on his iPad, and he’ll be scrolling through.”

Though she confessed that she and her castmates had some “squabbles” on the trip, Kathy said that she was just attempting to get Rick’s attention. “I knew I’d catch him by saying, ‘Call me, get me out of here,’ because I did have my iPad, but I had 10 percent [battery] left, no charger,” the socialite continued. “And I started getting scared, hearing all of the noise. I didn’t know what cab company to call. I didn’t know what to do to get out.”

Ultimately, Kathy added, it wasn’t a particularly dramatic situation: “I started getting scared being alone.”

The Real Housewives of Beverly Hills season 12 premieres on Bravo on Wednesday, May 11, at 8 p.m. ET.