Focusing on the positive! After Vicki Gunvalson broke her silence on her split from Steve Lodge, her former Real Housewives of Orange County costar Tamra Judge took to social media to show her support.

Former ‘RHOC’ Stars: Where Are They Now?

“You got this @vickigunvalson ❤️ life is like a camera, focus on what’s important , capture the good times , develop from the negatives and when things don’t work out …..TAKE ANOTHER SHOT!” Judge, 54, captioned a selfie of her and Gunvalson via Instagram on Thursday, September 30. “It won’t be long before I get the call “ where do ya gotta go to whoop it up around here” love you sis 💕 #byeboy #breakup #newbeginnings #rhoc #trainingwheels.” 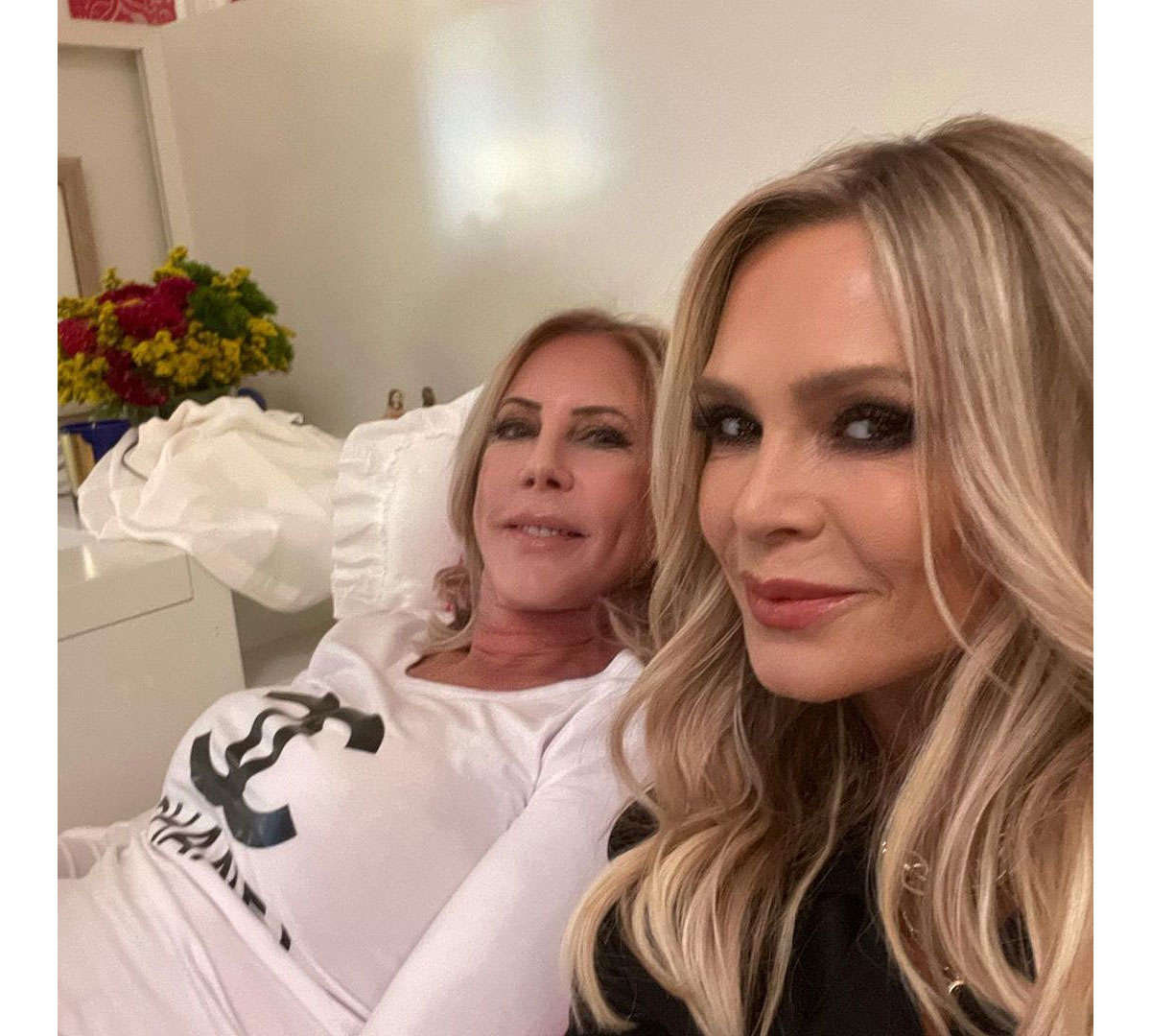 Judge’s sweet social media post comes after Gunvalson, 59, confirmed that she and Lodge, 62, decided to go their separate ways.

“This is what appeared for today’s ‘Vibe of the day’ … pretty appropriate for what I’m going through. It’s taken me a day to be able to make a statement after the press started writing about Steve and I. Yes, the rumors are true. The time has come for Steve and I to move forward or move on and we are … moving on,” the reality star wrote alongside an inspirational affirmation via Instagram on Wednesday, September 29.

The post, which also included a selfie of the exes, detailed that nobody was at “fault” for the breakup.

“We are just going in different directions. I wish him the best life has to offer and to be happy, and he has wished the same for me,” the Coto Insurance founder added. “I gave it my all, but sometimes the ‘ALL’ isn’t enough.”

Earlier in the week, a source exclusively told Us Weekly that Lodge was the one who ended the relationship.

The Messiest Bravo Breakups of All Time: Erika and Tom, More

“Steve broke up with Vicki while she was filming the [Real Housewives] spinoff show in the Berkshires,” the insider detailed to Us. Gunvalson is set to star alongside Judge in the second season of the upcoming Housewives mashup series on Peacock.

“After he told her this, she was traumatized. It ruined her. She didn’t want to be at the [Dorinda Medley’s] house anymore,” the source added before noting that the estranged exes “had not been getting along for a long time.”

Gunvalson and Lodge started dating in 2016 before getting engaged three years later. The Chicago native is “in terrible shape” after Lodge moved out of her home because she “still loves him,” according to the insider.

As the businesswoman deals with the breakup, she has taken to social media to share a glimpse at her healing process.

“I should be sleeping but my mind won’t shut off. I have a long day again tomorrow including a similar at night that I’m hosting. One thing that people know about me is I don’t like change,” she wrote via her Instagram Story on Thursday. “Lifting my thoughts up to God while I journal and pray for peace.”