A former Queensland Supreme Court chief justice will lead a royal commission into the robodebt scheme in a bid to get answers about how it started and why repeated warnings it was incorrectly issuing people with welfare debt notices were ignored.

The scheme, which was subsequently ruled unlawful, used an automated system that measured a person’s average income to claim hundreds of millions of dollars in alleged debts from 433,000 Centrelink recipients. The government settled a class action in 2020. 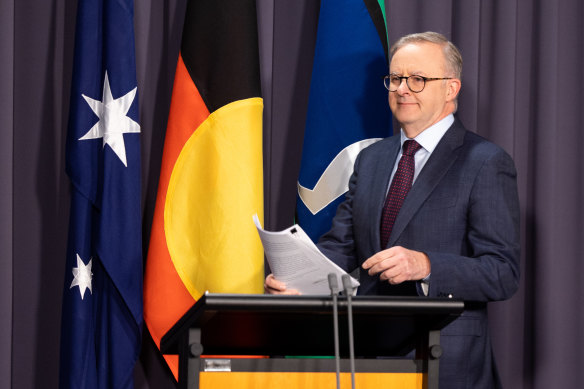 Prime Minister Anthony Albanese has set up a royal commission into robodebt.Credit:Alex Ellinghausen

Prime Minister Anthony Albanese said the royal commission was vital to make sure the “human tragedy” caused by the scheme never happened again.

“Robodebt was, of course, the Coalition’s brainchild: a computer program to find out if someone
owed the government money rather than involving a real person,” he said.

Government Services Minister Bill Shorten, who raised concerns about the scheme in 2017, said the inquiry should offer victims some “robo-justice”.

Former Queensland judge Catherine Holmes will lead the commission to examine who was responsible for designing and implementing the scheme, whether concerns were raised about its legality and fairness, the handling of complaints and challenges in the Administrative Appeals Tribunal, total financial costs to government and harm to vulnerable people, and what measures are needed to prevent similar problems in future.