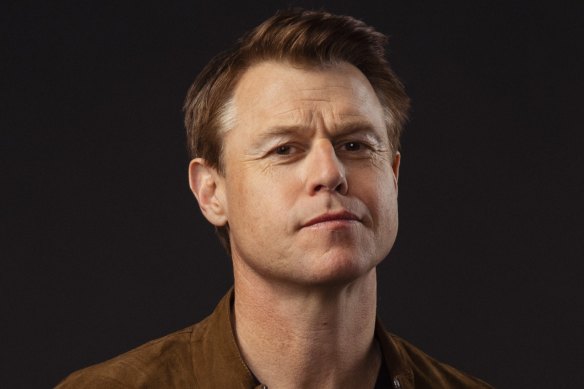 Rodger Corser is good with busy work. He can fill a syringe, amputate a leg and pull a body out of a car. He’s an ordinary hero kind of guy – doctors, cops, spurned husbands, that sort of thing.

“I’m very good at pretending to do stuff,” he agrees. “I love doing procedural because you can concentrate on what you’re doing, whether that’s filling the vial or reloading the gun or trying to get that trapped person out from under the tractor. Then you don’t have to think about your acting because you’re just concentrating on that task for real.” 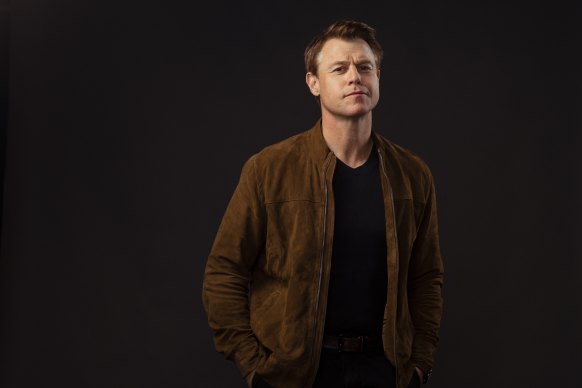 Harris, with his Australian diving partner Dr Craig Challen, played a critical role in retrieving the 12 young Wild Boars teammates and their assistant coach from the depths of the flooded Tham Luang Cave system in northern Thailand in 2018.

The rescue was a real-life drama that transfixed the world for 18 days and one that looked like it would not have a happy ending. A former Thai Navy SEAL died trying to lay oxygen tanks in the cave. An international rescue team was assembled and a plot was hatched: to get them out, the boys would need to be sedated so they wouldn’t panic in the dark, tight passages. Enter Harris and Challen, a retired vet, who joined the British rescue team and, miraculously, over three days helped save the group.

Hollywood soon descended. An Irish-Thai co-production The Cave was released in 2019, followed by the 2021 Oscar-nominated documentary The Rescue (Disney+). Then, in August this year, Ron Howard’s star-studded film Thirteen Lives was released (Amazon Prime). It was largely filmed in Queensland with Joel Edgerton playing Harris, but it omitted Challen altogether.

Now comes Thai Cave Rescue, which claims to be the most authentic of them all. Developed by SK Global Entertainment and Netflix, in 2019 it became the only production to receive “exclusive and lifetime rights to direct contact with the 12 boys and their soccer coach” by Thailand’s ruling military government. The deal ensured each of the 13 rescued would be paid about $120,000.

Co-directed by Jon M. Chu, best known for directing Crazy Rich Asians, and Thai Nattawut Poonpiriya, the Netflix series has a largely Thai cast and it’s spoken in Thai. The series was filmed around the mouth of the cave, about a 40-minute drive from the northern city of Chiang Rai, while the cave’s interior was digitally mapped and then re-created on a sound stage.

Adding to the level of detail, the Wild Boars’ real-life homes were used as filming locations and props from the rescue were included in the series. 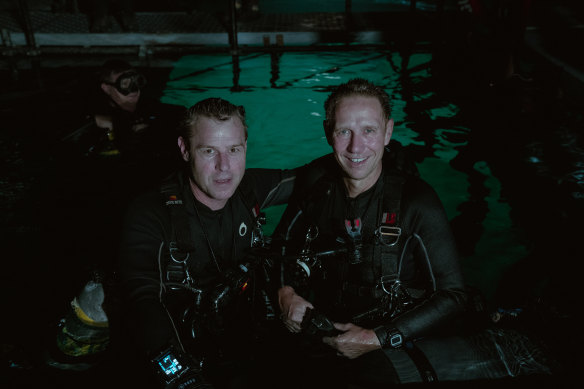 But, perhaps most remarkable of all, Harris returned to Chiang Rai as a stuntman for Corser and to work as an adviser. Even better, Corser was on Harris’ wish list of actors to play him in the show.

To prepare for the role, Corser read Harris and Challen’s book, Against All Odds, in which Harris revealed he was worried he was too unfit at the time to make the rescue. When he read this, Corser began to relax, for a bit.

“I’m about high 80s [kilograms],” says Corser. “And in the book, it sounds like Harry was pushing close to 100 [kilograms] at the time. So I thought, I’ll be fine. I don’t have to work out, I can turn up and drink the Singa beer and have the rice. Then he turns up, he’s dropped 20 kilos, he’s about low 80s. He’s making me look bad, making it look like my diving double doesn’t match because he’s too fit. So I wasn’t happy with that.”

The pair spent about 10 days together, with Corser picking Harris’ brain about the rescue. “He’s so generous, such a great guy,” says Corser of Harris. “He’s an incredibly intelligent man who does more than one thing really well.”

The same could be said of Corser. He may joke that he’s good at pretending, but that vastly undersells his talent. He brings a weight of believability to what he does precisely because he’s not a scenery chewer. He doesn’t put on weight, or lose it, or stick on a rubber nose or jowls. He’s probably had roughly the same haircut for the 22 years he’s been on screen, give or take a buzzcut or two. It doesn’t matter what he does because you believe what he’s doing. 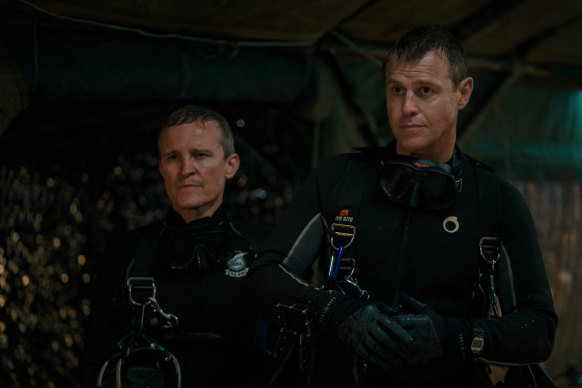 Damon Herriman (left), who plays Australian diver Craig Challen, with Corser on set. The actors practised cave diving in a pool by swimming under trestle tables.

He brings that same depth of believability to Harris, who has doubts he will be able to rescue the boys. Challen, who is played by Damon Herriman, comes across as the more outspoken of the two, but it’s Harris who says, “I don’t move without Craig.”

Both actors spent a lot of time wet, even before they got near the cave-diving scenes. Rain machines re-created the monsoon conditions as the actors squelched back and forth while filming at the cave entrance. “You’d do your scenes just drenched,” says Corser. “And if not drenched in your wetsuit, drenched in your civvies. I learnt after a couple of days to bring a second pair of underwear to work.”

Corser also learnt the practicalities of cave diving in a 25-metre pool, swimming under trestle tables that mimicked the narrow conditions of the cave and practising how to carry the air tanks (cave divers don’t have the oxygen tanks strapped to their back, they carry them under each arm, so they can unclip the tanks to move them through tight spaces).

Then, on the final two days of filming, when most of the crew had already started the wrap party, Corser was put in, well, the deep end. With a female stunt diver strapped to his chest (women divers were used as their body size was closest to that of the young boys), he began filming the last of the diving scenes.

“I said, ‘Give me everything. Whatever it is, I just want to do it.’ I don’t want a stuntman to do it, I want to do it because they’ve trained me,” recalls Corser. “If something goes wrong, you can all help me out, I’ve got a tank full of air, what’s going to go wrong?” 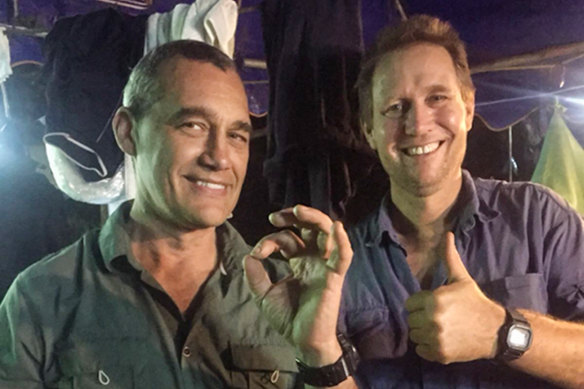 Dr Richard Harris (right) with his dive partner Craig Challen after the rescue mission was completed.Credit:DFAT

A crane lowered rock faces into the open-air tank where the diving scenes were filmed and the rocks were then manoeuvred around to create the narrow passageways under water. Big jets were also placed in the tank to mimic the strong currents in the cave and sediment was thrown in the tank to restrict visibility.

Corser, with the female stunt double, was then squished in between the pretend rock faces and had to swim his way out. If that wasn’t enough, he’d sometimes be left underwater for up to 15 minutes, while the crew fixed camera issues and he’d be told through a speaker, “Hang tight, we’ll be back in 15 minutes.”

“I had complete confidence in the people around me. It was a heap of fun, really. It’s like a kid playing. That’s all we do as actors, we play pretend,” he says. “But what it did is give you an insight into what that would have been like two-and-a-half kilometres inside a mountain. If something goes wrong [in real life], you can’t just prise those rock walls apart. We were cheating a bit for television, which we had to. That water was coffee-coloured in real life and, in ours, every now and then they’d throw a little bit of sediment through it just to show the dirt. But if we did it as it was, you wouldn’t have been able to see anything.”