ROSS CLARK: Furlough sold us an unsustainable dream – and left taxpayers funding an army of shirkers

Britain’s Covid era lockdowns have been blamed for many things, including our skyhigh national debt, record-breaking NHS waiting lists and a generation of children with gaps in their education.

Now it appears they may also have caused the UK’s chronic shortage of labour.

Large numbers of people, having gained a taste of early retirement during the pandemic, decided to put their feet up permanently.

Good luck to them, some might say. But there is a great danger that many will find they are fast burning through their private pensions and at risk of ending up burdening in their later years an ever smaller pool of taxpayers. 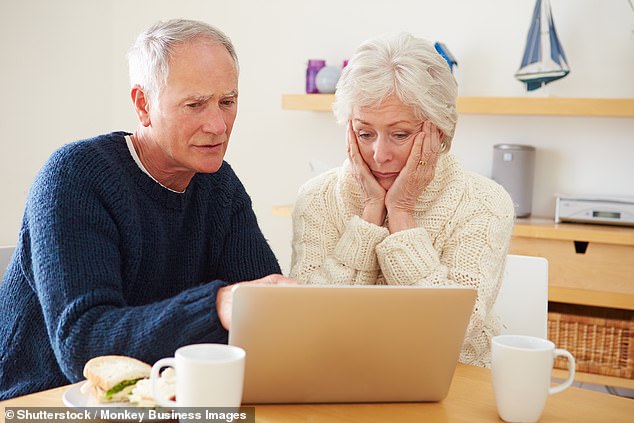 That, at least, is the view of the House of Lords Economic Affairs Committee in their report published yesterday, entitled Where Have All the Workers Gone?

Government ministers are forever telling us unemployment is close to a 50-year low.

What they are less keen to publicise is an explosion in the number of those of working age (16-64) who are neither in work nor looking for work.

Shockingly, this group has grown by 565,000 since the start of the pandemic, according to the Lords report, and the most significant cohort is the 50 to 64-year-old bracket.

It has left employers struggling to recruit the workers they need, given that there are 1.88 million vacancies across the UK — 364,000 more than before the pandemic.

And before anyone blames Brexit, it should be pointed out that overall inward migration has grown, due to non-EU workers more than making up for European returnees. No, the real offender is the furlough scheme. 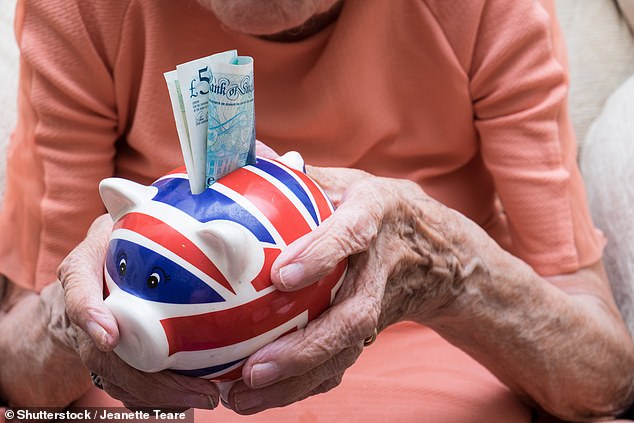 It not only got millions hooked on Working From Home (WFH) but introduced many to the joys of a life of more leisure.

The report says: ‘It is possible that people got used to different habits and ways of working during the Covid-19 pandemic, which prompted them to reflect on their careers.’

Of course, scientists and sociologists have tried to tell us for decades that we wouldn’t need to work so hard or for so long in an automated future.

Machines would do all repetitive tasks, while we enjoyed more time to ourselves and with our families. The economy would thrive without us.

But that isn’t how it has worked out. On the contrary, an aversion to work is becoming a serious problem for the economy, as we have fewer taxpayers to support the growing number of retirees.

It simply isn’t possible to have half the population crisscrossing the country on Saga coaches while their pensions are paid for by the other half who are still working.

Britain is virtually alone among leading world economies in experiencing such a permanent rise in economic inactivity.

While all countries saw people down tools early in the pandemic, in most this was rapidly reversed after restrictions were eased.

That is why the Organisation for Economic Co-operation and Development (OECD) expects Britain to be the second weakest performer among the big economies next year — one place above Russia.

Early retirement has also set an enormous pensions timebomb beneath the economy. Part of the problem is that people who took early retirement did so at a time when they were feeling particularly well-off.

Indeed, the Lords report suggests that for many, the decision to retire may have been provoked by mushrooming balances in their savings accounts as Britons collectively saved £125billion between March and November 2020, when shops shut down and overseas holidays became a relic of the past.

In addition, compared with countries such as Germany, where far more people rent their homes, many middle-aged Britons feel wealthy because of the equity they hold in their property. But that wealth is illusory.

Try to realise the value of your home by selling it and you will face stiff rental payments for the rest of your life.

Choose equity release and you may be saddled with high interest payments and crushing early repayment penalties.

And now inflation is rapidly eating away at our savings and investments, much faster than rising interest rates can replenish them.

At the same time, people who take early retirement may be underestimating how long they will live.

Government projections suggest those born in 1971 will have a 50 per cent chance of still being alive aged 100 — by which time they may well have exhausted the savings they thought in their 50s would last a lifetime.

By the time the penny drops, it will be too late. People in their 50s and 60s won’t be able to return to their old jobs after years out of the workplace — and they won’t find it easy to forge a new career path.

Their later years of retirement are likely to be marred by having to eke out a living on the state pension alone — and, worse, claiming extra benefits from the taxpayer.

The shrinkage in the labour supply is, I believe, a damning indictment of Rishi Sunak’s decision to create such a generous furlough scheme.

At one point, 11.7 million employees were paid 80 per cent of their normal salaries by the State, in many cases for months on end.

When you take into account the income accruing from savings on the costs of commuting and buying High Street lunches, many will have been financially better off under furlough than they were while working — as well as enjoying more free time.

The truth is, furlough sold us an unsustainable dream. It is too late to put that right now — but what the Government should do is make it plain to people that they face an austere future unless they keep working until retirement age.

Some have suggested the age at which you can cash in part of your private pension should be raised from the current 55.

I am not in favour of that because it would be unfair to those with life-limiting conditions who may need to access their pensions early.

But the liberalisation introduced by former Chancellor George Osborne during the Coalition years — which allows people to access their pot in full at that age — went too far.

Osborne’s Cabinet colleague, LibDem pensions secretary Steve Webb, even boasted that people would be able to blow their entire pot on a Lamborghini if they wanted to — and some pensioners did, leaving them short of money for their later years.

Limiting people to releasing only a tranche of their pension each year — the rule before Osborne’s reforms — was far more prudent.

The whole justification for giving tax relief on pension contributions is to encourage people to save. If you can then blow the lot on a golfing villa, a swimming pool or a sports car when you get to 55, it undermines this enterprise.

A cap should be set on how much people can take out, to make sure there is something left for later.

The Government also needs to crack down on early retirement in the public sector. It is ridiculous that civil servants who started their careers before 2006 are allowed to retire at 50 (albeit on a lower pension than at 65).

These are people trained at public expense, who could make an economic contribution for at least another 15 years.

Yet the public sector is tempting them to put themselves out to grass, on pensions heavily subsidised by current taxpayers.

There are signs that some people are looking for work again, as they find their savings insufficient to fund their needs in the cost-of-living crisis — the ‘great un-retirement’.

But if we want a growing economy, we must all accept we have to work for longer. Early retirement is an economic curse that will leave us all poorer in the long run.