Russell Crowe is backing a new film studio at Coffs Harbour on the NSW north coast.

The Oscar-winning actor, who has a property at nearby Nana Glen, is expected to announce plans for a studio at the Pacific Bay Resort that would be the shooting location for a burgeoning number of film and television productions in the region.

Deputy premier and regional minister for NSWJohn Barilaro is due to join Crowe at the resort on Wednesday morning to announce what is described as “a family friendly film studio” that can offer long-term accommodation for cast and crew. 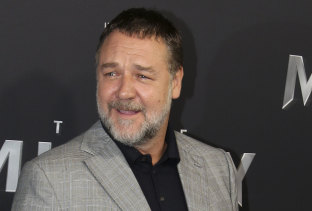 It would help ease the pressure on east coast production facilities since Australia became one of the most COVID-safe filming locations in the world.

With Fox Studios in Sydney fully booked for more than a year for the Marvel movies Shang-Chi and the Legend of the Ten Rings and Thor: Love and Thunder, filmmakers have been using converted warehouses and industrial buildings for interior filming for the likes of Three Thousand Years Of Longing and Carmen in the western suburbs.

But the pressure on studio space will ramp up when George Miller shoots the big-budget prequel to Mad Max: Fury Road, Furiosa, early next year.

A new regional studio in Coffs Harbour would supplement soundstages on the Gold Coast and in Brisbane. There have also been discussions about building new studios in Byron Bay.

Since the resumption of filming last year the northern rivers has been a popular place for shooting overseas television projects.

Another Netflix production, reality series Byron Baes, has sparked a backlash in Byron Bay over concerns about its representation of the local community.